Home Features Building Our Lives on the Attributes of God 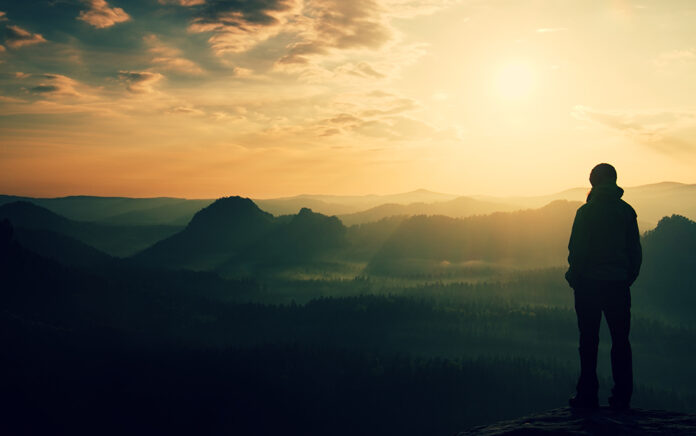 In a world marked by relativism, here’s where we find our true north.

Sooner or later, everyone gets around to asking some simple questions in life. For example, what is right and wrong? What is good and evil? In this day of eroding morals and constantly changing values, these questions are more important than ever, because we as a society have walked away from absolutes. Moral relativism is the rule of the day.

To a large degree, children today are being raised without values. They don’t really know what right and wrong are. When I became a Christian at the age of 17, I was in a similar predicament. I wasn’t raised in a Christian home. Therefore, I developed my own value system.

Most people today, especially young people, are learning their values from two sources: their friends and various forms of media. That, of course, is a frightening prospect. We need a grid to live by. We need to know what is right and what is wrong.

But there are other attributes of God as well that, as we consider them, give us a better picture of who God is.

The One Who Is True

God is truth, which means that he is the true God and that his knowledge and words are true and are the final standards of truth. The Old Testament book of Jeremiah says, “But the Lord is the true God; he is the living God and the everlasting King” (10:10). And Jesus prayed, “This is eternal life, that they may know you, the only true God, and Jesus Christ whom you have sent” (John 17:3).

God’s knowledge is perfect. It is without flaw. And he is the final standard of truth. There is no other.

Why is God good? Because God said it about himself. And if we don’t think He is good, then we are wrong, because we’re flawed in our ability to grasp the infinite with our finite minds. We may not always understand why God does or does not do certain things. But the bottom line is that God is truth.

And not only is God truth, but God is holy. If there’s one truth repeated again and again in the Scriptures, it is the holiness of God. In fact, a passage in the book of Isaiah demonstrates this for us.

“In the year that King Uzziah died, I saw the Lord sitting on a throne, high and lifted up, and the train of his robe filled the temple. Above it stood seraphim. … And one cried to another and said: ‘Holy, holy, holy is the Lord of hosts; the whole earth is full of his glory!’” —Isaiah 6:1–3

Because God is holy, he hates sin. Proverbs 15:9 says, “The Lord detests the way of the wicked, but he loves those who pursue godliness.” Also, the prophet Habakkuk said of God, “But you are pure and cannot stand the sight of evil” (1:13).

Therefore, to approach God, we must be holy. That is why the death of Jesus Christ was necessary. Human beings, in our best attempts, cannot bridge the gap that separates us from him.

We may try to be virtuous and charitable. We may try to be religious and moral. But we fall miserably short of the standards of a flawless, perfect and holy God, the God who said, “Therefore you shall be perfect, just as your Father in heaven is perfect” (Matt. 5:48).

We realize we can’t do it. Therefore, God reached out to us and sent His son to walk this earth and to die on the cross.

Jesus cried out from the cross, “Eli, Eli, lama sabachthani?” which means, “My God, My God, why have You forsaken Me?” (Matt. 27:46). Many believe that was the moment when God put the sins of the world upon his son. And because his eyes are too pure to behold evil, he essentially turned his eyes away as all the sins and corruption of this world fell upon Jesus.

God and His Righteousness

The book of Exodus tells the story of a pharaoh who rebelled against God. He hardened his heart by holding on to the children of Israel when God had instructed him to release them. As a result, a series of plagues came successfully to Egypt, and the pharaoh eventually released the Israelites. He said, “The Lord is righteous, and my people and I are wicked” (Exod. 9:27).

Some people, however, don’t like the righteousness of God. They don’t agree with certain things that God does. It reminds me of a conversation Job had with him. Job essentially was accusing God of being unjust and unrighteous. So God said to him, “Shall the one who contends with the Almighty correct Him?” (Job 40:2).

Then God went on to answer Job not in terms of explanation but in a statement of His own majesty and power and righteousness. In other words, God was saying, “Who are you?”

God is the source of truth. God is the one who makes those determinations, not us. The good news is that not only is God all-powerful, but he also is righteous, which means that he does the right thing in every situation. And we ought to thank him for that.

From Outreach Magazine  Teens and Sexuality: 3 Truths to Teach Your Students