Home Features Why We Can’t Edit Our Faith 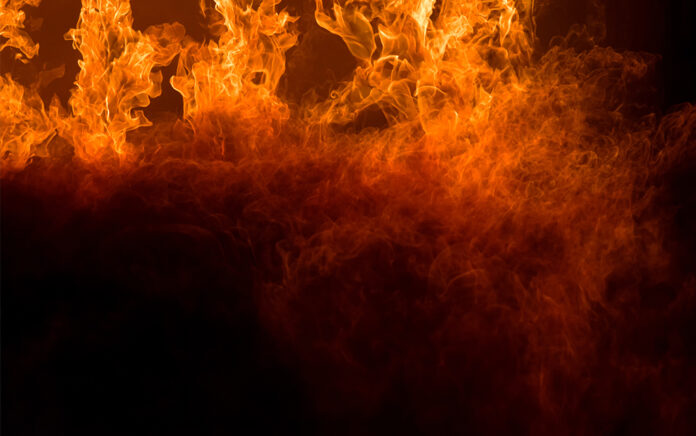 We Must Have Courage When the Pressure to Conform Rises

When Shadrach, Meshach and Abednego refused to serve King Nebuchadnezzar’s gods or bow down to his golden statue (Dan. 3), the king threw a fit. He was probably ticked off because, in the chapter before, Nebuchadnezzar had acknowledged their God. It would only seem fair to him that they acknowledge his.

It was not the men’s faith in God that got them in trouble. It was their refusal to also acknowledge the divine authority of Nebuchadnezzar that caused the problem.

Nothing has changed today: In our Babylon, faith in Jesus is not the problem. The problem is our insistence that Jesus is the only way of salvation and source of authority.

The Spirit of Nebuchadnezzar Today

You will never get in trouble for saying that Jesus is your personal Savior. But you will when you say that there is no other name under heaven given among men by which we must be saved. You will when you insist that Jesus alone sets the rules about what is right and not right in matters of sex, marriage, morality or money.

Our society says, for example, “You are free to get married in the traditional way if you want, but how dare you label someone else’s choices ‘sin’? How dare you not bow down to my sexual preferences, affirming that my way is just as valid as Jesus’ way?”

It’s the same old spirit of Nebuchadnezzar at work in our day.

We all know of small businesses that have been sued for refusing to participate in ceremonies and practices they found objectionable. In very few of my readings about these instances did the person do it rudely. They just said, “While I respect your right as a free citizen to do this, I’d ask you to respect my right to not be involved in it personally since it goes against my convictions.” But because they wouldn’t bow, they were sued and shut down.

You can have your Christian convictions but keep them in the closet. Because the moment you fail to bow down in homage where you are supposed to, the fiery furnace awaits.

Or, so you won’t think I’m just picking on the political left, let me come at it from another angle. Some people in our society say, “What makes you think you can criticize America or imply that America will be judged for its sins? America is special, chosen by God. And if a strong man (with a history of abusive and misogynistic behavior) is good for America, who are you to question his integrity? If he’s good for America, God is on his side.”

What they’re really saying is, “You’re fine to bow to Jesus; just make sure you bow to my guy, too.”

Society today is just like it was in Nebuchadnezzar’s day. It’s fine with the practice of any Christian teaching, as long as it is an edited faith.

The Smithsonian Museum in Washington, D.C., has on display Thomas Jefferson’s Bible, in which large sections are cut out. Enlightenment thinkers thought the morality of Jesus was awesome, but the academic world had turned against any kind of belief in miracles; it was considered unfashionable and uneducated. So, Jefferson literally cut out every supernatural passage in the New Testament so he could have a Bible with just Jesus’ moral teachings.

If someone did this today, they would probably cut out Jesus’ teachings on the sanctity of sex and marriage. They’d keep the miracles and cut out large parts of the Sermon on the Mount.

Our culture says it is fine to worship Jesus—just edit him to fit your preferences so you can still bow where you need to bow. But for the follower of Jesus, that’s not an option. If Jesus is not Lord of all, then he is not Lord at all.

Coming to Jesus is not like signing a rental car contract, where you can leave off certain options, like navigation or prepaid fuel. People think we can accept the parts of him we want and postpone the others till later. One college student explained to me that she had accepted Jesus as Savior and planned to accept him as Lord later. But you can’t bifurcate Jesus. He’s either Lord or he is not. You’re either fully surrendered to him, or you are living in rebellion.

What Happens When We Refuse to Bow

If God is the only God, the only One who can save, the only revealer of mysteries, then for us to not make that clear to Babylon is not just cowardly; it is cruel.

Because Daniel and his friends stood when everyone else bowed—even though they got thrown into a fiery furnace for it—an entire Empire got to see the reality of the God of Israel on display. Scholars say that ultimately you can trace the faith of the Wise Men who came to see Jesus at his birth back to this encounter.

What will future generations say about the courage and testimony of this generation? Their eternal future literally depends on our courage today.