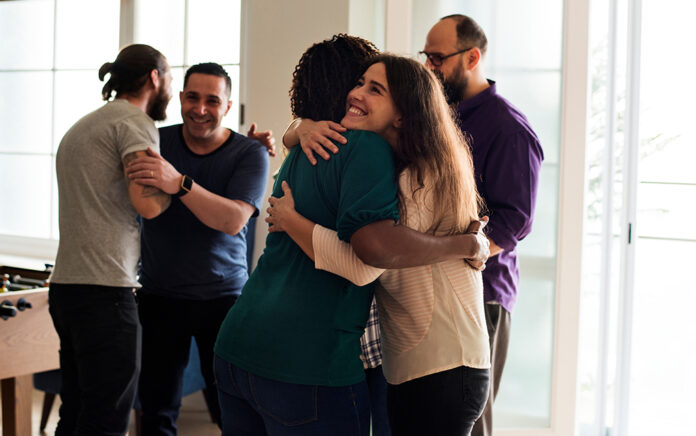 This past year has definitely been a seesaw ride for churches and church leaders. As the pandemic became a reality in March of 2020, churches around the nation had to make the difficult decision to stop in-person gatherings for a period of time. This included small groups for a large part of the country. As a result, research has shown that there is some good news, bad news and potentially concerning news for the future.

Let’s start with the bad news: Not everyone has returned to weekend worship yet, and it may be a while before they do. The Unstuck Group’s data shows that the average in-person attendance over the previous 12 months of churches dropped by more than 28%, and most churches are seeing one-third to one-half of pre-pandemic attendance since regathering.

Now the really good news: Recent Lifeway research shows that 91% of churchgoers are planning on returning to their pre-pandemic attendance levels when COVID-19 is no longer an active threat to people’s health. That’s an exciting statistic and gives hope for a return to normal for churches.

But there is also some concerning news for church leaders in the research. According to a recent survey by Lifeway Research, discipleship habits have changed because of COVID. In January 2020, prior to the emergence of the COVID-19 pandemic, around 3 in 5 U.S. churchgoers say they participated in a church small group. A year later, fewer U.S. churchgoers overall say they were involved in any type of church small groups. A third (33%) say they were participants in January 2021 and 4% say they served as a leader.

This drift away from participating in groups is concerning because of these facts found in the research for the book, Transformational Groups.

• People who are in groups serve more often using their spiritual gifts. Seventy-three percent of group members who attended four times a month or more said, “I am intentionally putting my spiritual gifts to work serving God and others.” In contrast, only 42% of people who did not attend a group said this.

From Outreach Magazine  When I Was Sent I Felt Forgotten

• People who are in groups are more financially generous. People who regularly attended a group reported they gave 10.34% of their income to their church. People who did not attend a group gave at a significantly lower rate.

• People in groups are more relational. Again, the research proved that people not involved in a group were significantly less concerned about building relationships with other believers than were the people committed to attending a group Bible study. People in a group are almost twice as likely to intentionally form relationships with the people they meet at church.

• People in groups pray more. The results of the survey showed that people who regularly attend a group are almost twice as likely to pray for someone who is not a professing Christian. Sixty percent of regular attenders pray for people who are not connected to God or the church, while only 35% of people who do not attend a group do so.

So how do we correct this drift in discipleship habits and encourage people to regather in groups again? Here are four things to think about.

1. Plan an All-Church Small-Groups Campaign for This Fall.

A small group campaign is where all of your groups are studying the same thing for a set number of weeks (usually around six). The campaign gets everyone on the same discipleship page and builds excitement for being part of a small group. You can even go as far as including the students and kids ministries in the alignment. Producing a “whole church” study initiative is a lot of work, but it can be worth it to have everyone going the same direction spiritually.

Now is the time to check in with all of your current leaders to see about their willingness to lead again in the fall. I would make the assumption that not all of them will be ready, which is why it is critical to start recruiting and training new leaders immediately. It’s also time to reexamine your leader training. Leaders will need new tools in order to lead effectively coming out of the pandemic. You will need leaders with the gift and heart for shepherding like never before.

3. Give People Options for Where and How They Gather in Small Groups.

One thing this past year has shown us for sure is the need for options for where and how people gather for community. Online Zoom groups have become viable for churches around the world. Harvest Christian Fellowship in Riverside, California, has added hundreds of online groups that are now gathering thousands of people internationally. Let’s not abandon new methods to just go back to what is comfortable. Plan to offer a few online only groups as well as traditional in-person ones.

4. Teach the ‘Why’ of Small-Group Gathering From the Pulpit.

The best way to sell the idea of gathering together in small groups is to share the vision for them from the pulpit. This can be done in a single sermon, or even better, a sermon series on why biblical community matters and is essential for spiritual growth.

This is a message we need now more than ever. We can’t just assume people will naturally re-forge their connections and habits. To rebuild community in smaller groups at your church, you need to make a proactive plan.