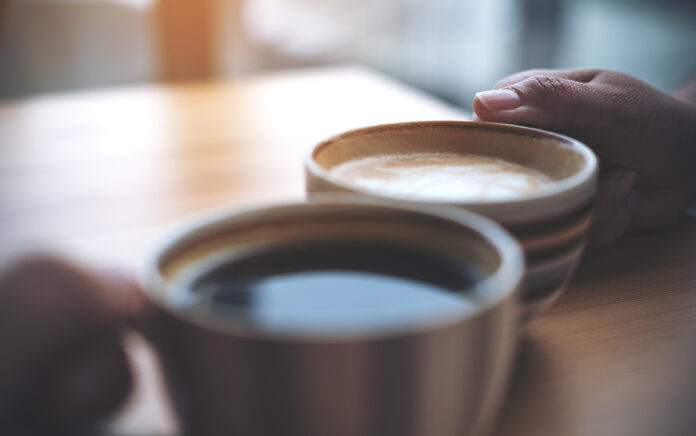 Noticing and loving the overlooked

One of the deep fears of the church today is what appears to be a continuous spiral into disunity. The picture-perfect façade which has become “normal” that Sunday morning attendees wear as a mask (figurative and literal these days) gets ripped off as the reality of life crashes into them the moment they exhale in their car after service. Look at our world today afresh with racism, sexism, abuse, just to name a few societal ills. We as the church have been asking the question, “How do we find unity within the kingdom of God?”

I want to suggest there is an unlikely, unfiltered group that may help us toward a deeper unity. How is it that God tends to use “the least of these” to teach us how to become more like him? Seen as the most discounted and ignored community, people with disabilities challenge the toleration of divisions and disunity and bring forth an unfiltered way of life that may enable society to bridge these intractable gaps.

A number of years ago, my little brother Zach who, in very simple terms, was born with part of his brain missing, my dad, and I decided to take an afternoon trip to grab some warm drinks for the new fall weather. Pulling up to the Starbucks, Zach was excited to get inside for a number of reasons. First, for his drink, which he had all planned out and was going to order by himself. (He made sure to specify that he was going to order his drink on his own at least five times on the way there to make sure my dad and I were on the same page). Second, he would get to meet people in the Starbucks, introduce himself, and ask them various questions such as, “What were you for Halloween?” and “What did you have for dinner last night?”

Once we parked the car, we had to walk around the corner to get inside the Starbucks. As we turned, we saw what looked to be a large pile of blankets and papers against the brick wall of the building. With laser-like intensity, Zach’s eyes locked on the pile and started a beeline toward the blankets. As my dad and I were trying to hold him back, he kept asking, “What is that?” As we came closer, we quickly realized the pile was a man wrapped up in blankets and newspapers asleep, trying to keep warm from the cool fall afternoon. My dad explained to Zach that this man was sleeping, and we needed to let him rest.

Of course, that answer was not adequate enough for Zach. “Why doesn’t he sleep in his house?” Both my dad and I kept shooting side glances at the man, hoping he didn’t open his eyes, not because we didn’t want to interact with him, but because we didn’t want him to hear Zach. Zach is so open and curious, and he will keep asking questions until he gets a straight answer. My dad and I were so fearful that it would offend this man who was just trying to get some sleep.

From Outreach Magazine  3 Ways to Influence Others for God

Why are we fearful of people and circumstances that are so different from ours? Why are we so fearful to approach “difficult” topics? The fact of the matter is, in that instance Zach saw this man who was unlike any other man he’d encountered, and he wanted to know the reason for the difference. The most obvious answer was to ask the man why he was sleeping outside. Zach’s lack of filter keeps him from being afraid to ask questions that mainstream society sees as too brazen—but these “brazen” questions are what make unique connections, bridge gaps and start conversations.

In the moment, however, we did our best to usher Zach into the Starbucks, explaining to him that not everyone has a home like we do. As the smell of pumpkin spice lattes filled our nostrils and the buzz of so many humans waiting surrounded us, Zach’s attention quickly shifted to the task at hand, and he hurried to the counter for his very responsible adult order.

After the drinks were ordered, and Zach was newly fitted with his whipped-cream mustache, my dad and I turned to gather our things to leave when Zach said, “No, wait! I want another drink!” For our family, going to Starbucks itself was a treat, but getting two drinks wasn’t something Zach was normally allowed to obtain. On the verge of tears, he said, “No, dad, not for now, for later, I need a coffee drink for later.” And so, with his sparkling, mocha, whipped, domed drink in one hand, Zach ordered one black coffee and held it proudly in the other.

On our way out to the car my dad and I were talking about my first semester of college when we noticed that Zach was not his usual two steps behind us. We turned around and saw that he had stopped directly outside the entrance of the Starbucks, bent over and was tapping the sleeping man on the shoulder. “Hey, sir. It’s cold. I thought you would want some coffee,” he said, handing the coffee to the now roused man, and they locked eyes for a moment. Then Zach turned, walked to the car, and we went home.

I often think about this trip and feel ashamed. Growing up in the suburbs of Chicago, taking frequent trips into downtown Chicago, I have often seen people sleeping on the streets. You adopt a mentality of keep your head up, your eyes forward and don’t show your wallet—which is not Christlike in the slightest. However, is mindlessly dropping a few dollars in a cup without eye contact much of a difference? Then I think of Zach’s encounter with this man. Zach saw him when most would do anything they could do ignore him. Zach recognized a need (the man was cold) and found a solution that Zach could obtain (buy him a coffee). Zach wanted to make sure the man knew he was noticed, seen and cared for before going on his way. What would have happened if we had let him ask all the questions he had for the man? What would we all have learned? What authentic connection could have been made in the kingdom of God in that moment had we allowed ourselves to be unfiltered and unafraid like Zach?