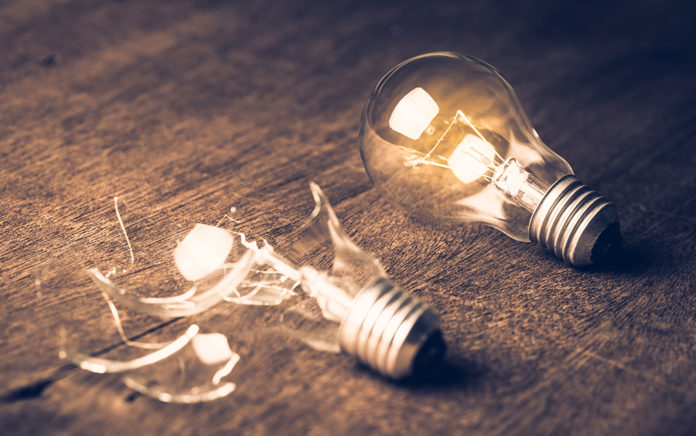 Have you ever failed miserably and wondered if there ever could be a second chance for you?

If so, then you’re in good company. The apostle Peter felt that way after he denied knowing the Lord—not once but three times. Yet the Bible tells the story of God’s restoration in his life.

Following Jesus’ resurrection, the disciples knew they were to go to Galilee and wait. But nothing had happened. While some people like to sit around and discuss things, Peter wasn’t one of them. He was a doer.

And when he announced that he was going fishing, the other disciples wanted to go with him. So they got into a boat, went out and caught nothing.

Then John’s Gospel tells us, “At dawn Jesus was standing on the beach, but the disciples couldn’t see who he was. He called out, ‘Fellows, have you caught any fish?’” (21:4).

I think Jesus allowed this little failure to once again prove a point: It’s futile and useless to live our lives without his direction and blessing.

How foolish we are when we try to keep God out of our lives while we blindly pursue our plans and passions. Many times God won’t allow us to get what we’re after. But sometimes he will, so we’ll see that it isn’t what we thought it was.

The Old Testament gives us an example of this. God had supernaturally provided for the children of Israel on a daily basis as they walked through the wilderness to the Promised Land. Every morning, something called manna would be lying on the ground outside their tents.

All they had to do was gather it, eat it and enjoy it. But after a while, they got sick of this manna. So they complained about it.

They said, “Who will give us meat to eat? We remember the fish which we ate freely in Egypt, the cucumbers, the melons, the leeks, the onions, and the garlic; but now our whole being is dried up; there is nothing at all except this manna before our eyes!” (Num. 11:4–6).

When their leader, Moses, went to God with their grievance, God basically told him, “Stand back! I will give them meat!”

And it rained quail. The children of Israel were about knee high in it. Then the Bible tells us, “But while the meat was still between their teeth, before it was chewed, the wrath of the Lord was aroused against the people, and the Lord struck the people with a very great plague” (Num. 11:33).

From Outreach Magazine  Preparing Kids for College to Challenge Their Faith

Someone has said there are two sources of unhappiness in life: One is not getting what you want. The other is getting it.

King Solomon, who went on a sinful binge of sorts, made this statement: “Anything I wanted, I would take. I denied myself no pleasure. I even found great pleasure in hard work, a reward for all my labors. But as I looked at everything I had worked so hard to accomplish, it was all so meaningless—like chasing the wind” (Eccl. 2:10–11).

In other words, he saw it all and did it all. He’d been there, done that. And it didn’t satisfy him. Success actually can be a form of failure. We may think that success is the most important thing. But that depends on how we define success.

Many people achieve their goals, but at what cost? Did they abandon their principles, sacrifice their integrity and neglect their family and friends? Did they forget about and, in some cases, even abandon God outright? If so, then they have ultimately failed.

Therefore, failure sometimes can be a positive thing—that is, if we learn from our mistakes when we do something wrong.

If we can taste the bitter results of our failures and say, “I really don’t want to do that again,” if we can put safeguards around our lives and take precautionary steps to never fall into the same trap again, then we’ve learned something from our mistakes.

From Outreach Magazine  4 Keys to Closing the Back Door

But what, in our minds, are the earmarks of a successful person? Are they things like power, wealth, popularity and having the respect of other people?

If these are our criteria for success, then I guess that Jesus was a horrible failure. Was he politically powerful? No. All levels of government first rejected him and then conspired to kill him.

How about money and possessions? Jesus didn’t have those, either, because he said, “Foxes have dens to live in, and birds have nests, but the Son of Man has no place even to lay his head” (Matt. 8:20).

Was Jesus popular? He was for a while, but not for long. The fickle multitudes sang his praises for a time, but they turned on him not long afterward. He had a lot of fair-weather friends, but in the end, he had only a handful.

Was he respected by his peers? If we were to classify the religious leaders as his peers, then the answer would be no. They rejected his work.

Despite his failure by these standards, Jesus Christ was the greatest success that anyone has ever been, because he came with a purpose: to die for the sins of the world. And he accomplished that task.

Sometimes we can think we’re failures because we don’t have the worldly earmarks of success. But it’s more important how faithful you are than how successful you are according to society’s standards.

It may seem like the end right now for you, but it just might be a new beginning instead. God might be doing something above and beyond what you’ve ever imagined.

So be faithful. Learn from your mistakes. And keep moving forward.

This article originally appeared on GregLaurie.com and is reposted here by permission.