Home Features The Self-Deception of Self-Improvement 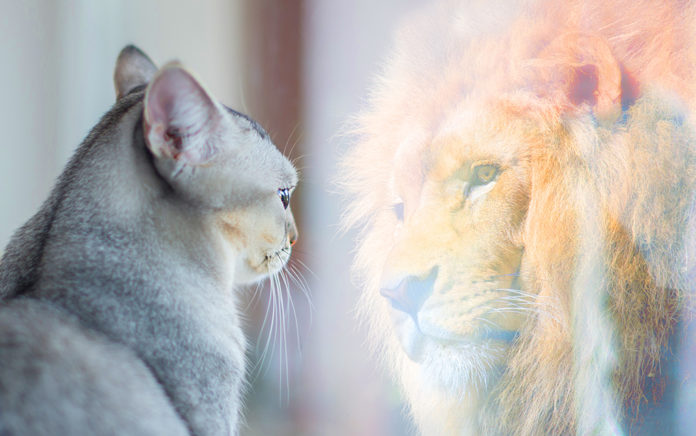 Why the promise of self-improvement is false.

In biblical days, Jewish law demanded rigorous cleaning techniques after you’d gotten rid of any kind of disease or defilement; it even applied to your property. For example, if you had a mold problem in your house, you couldn’t just clean it with soap and water or a bottle of Clorox. The book of Leviticus said you had to remove that whole section of the wall. And if the mold came back, you had to burn the whole house down (Lev. 13).

When Jesus casts out a demon in the New Testament, he uses this levitical requirement as a picture of the person who tries to use the Law to clean up their life:

“When an unclean spirit comes out of a person, it roams through waterless places looking for rest, and not finding rest, it then says, ‘I’ll go back to my house that I came from.’ Returning, it finds the house swept and put in order.” —Luke 11:24–25

They get rid of their bad habits and bad relationships, get their addictions under control, and turn over a new leaf. They are serious about change.

“Then [that unclean spirit] goes and brings seven other spirits more evil than itself, and they enter and settle down there. As a result, that person’s last condition is worse than the first.” —Luke 11:26

The demons don’t mind the cleanup; in fact, they like it. And, it certainly doesn’t stop them from coming back—in much bigger numbers. The use of the number seven is meant to imply completion (the Hebrew meaning). It’s like saying, “The last state of that man is infinitely worse.”

From Outreach Magazine  10 Signs That Your Church Lacks Vision

Religion apart from Jesus opens the door to more deceptive and dangerous demons. Religious change, or self-improvement, is often accompanied by pride and judgmentalism and self-sufficiency, and those things are infinitely worse than alcoholism or a bad temper.

Tim Keller puts it this way: Imagine that a little boy falls down and scrapes his knee. He’s not seriously hurt, but he can’t seem to calm down. His dad tells him, “Son, get up. Be a man. You don’t want to be seen as weak, do you? Stop crying.”

Can that motivation help this little boy stop crying? It can. His dad’s words can help him sweep his house, tame his emotions and get some control. But then what happens? The little boy hasn’t just stopped crying. No—now he’s given himself to a new master: the fear of appearing weak.

Now imagine, Keller says, that this becomes a driving force in his life: Never look weak. Weakness makes you deficient as a person, so cover it at all costs. What would that guy’s marriage look like? You can’t have a healthy marriage if you’re always scared of looking weak, refusing to be vulnerable or shutting off your emotions. So, yes, through the dad’s motivation, the little boy was able to stop crying for a moment, but he did so by giving himself to a new master, a worse one. The medication had worse side effects than the disease.

From Outreach Magazine  6 Ways Technology Can Strengthen Your Marriage

Freedom in the Christian life only comes from giving yourself fully to Jesus because he is the only Master who can free you from your demons and make you whole again.