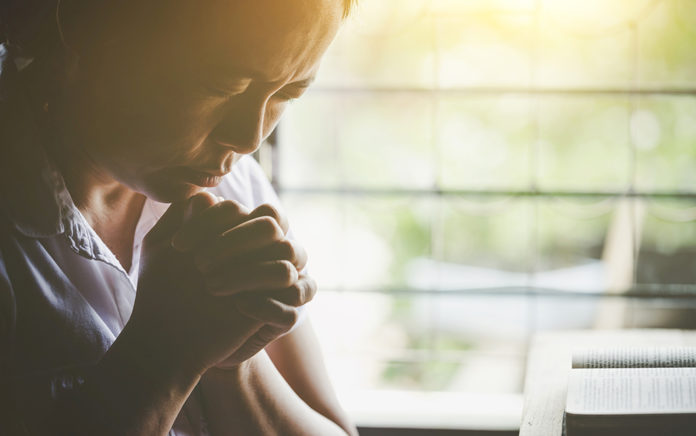 His power and presence are at work in us.

The contention of this series of articles is that the Bible is set in the land of wild things. That is, the Bible is more fantastical—beautiful, dangerous and strange—than we give it credit for. What we incorrectly call the natural and the supernatural, as if they are distinct and isolated realms, are actually part of a single, fascinating and intertwined world. In the Bible, heaven and earth constantly interact and are alive with all kinds of creatures, forces and powers—both seen and unseen.

What are these powers? What do they do in the world? How do they operate? How do they relate to God, to humans, and to the story of rescue and redemption the Bible tells? It’s past time we reengage the Bible’s overlooked story of the powers.

* I am especially indebted to G. B. Caird’s small book Principalities and Powers for the main outline of this series (based on his Chancellor’s Lectures in 1954 at Queen’s University).

We are the people of Jesus living in an enchanted world.

Having been instructed by the Scriptures, we are aware of the kind of story we’re in.

Having been united with the Messiah, we’ve learned things, and we are now called to do things.

We are striving to live in the way of Jesus, to be his followers, not just his believers. We have transferred our allegiance to his kingdom, present and coming. We know that our leader and Lord battled against the world-rulers of this darkness, and he prevailed against them. We know that like the enormous red dragon of John’s Apocalypse, the principalities and powers have been thrown down in a mighty defeat. They’ve lost their place in the heavenly council and they are aware of their approaching doom. They are servants of that vicious dragon, and now they prowl the earth looking for revenge. They are filled with fury, and have turned to unleash their hurtful rage on the community loyal to the Messiah.

But how? What are we supposed to actually do?

The answer, according to the New Testament, is for us to live into the victory the Messiah has already won. His path, as always, is our path. To give allegiance to Jesus is to accept his teaching. He has illumined the way for us, and if we are to win our contests against the darkness, we must approach them as our leader did.

As we noted in the previous installment in this series, the Messiah’s conquest happened in three particular ways. Each of these directly shapes how we take up our own places in this long-running spiritual campaign:

1. We Have a New Standing in the Messiah.

Because the atoning death of Jesus took away the legal charges made against us by the powers, we are now people in good standing. Through the work of Christ, God declares us to be in the right. This has disarmed ha satan, the great accuser who has always been against us (see Col. 2).

It also has another effect, often neglected in discussions of the atonement. The sacrificial death of Jesus diminishes the powers and simultaneously elevates humanity back to its proper role in the creation. That is, our fundamental human vocation in the world is restored: image-bearers of God made to manage the creation.

This is a key reversal of what human rebellion and misplaced allegiance had done. When we turned to worship and serve things other than our Creator, we handed power to malevolent principalities and spiritual dominions. They then took advantage of the situation to disrupt the life and flourishing of God’s good world.

The death of the Messiah on the cross turns this around and reinstates humanity to its rightful position of authority. As N.T. Wright explains:

“What the Bible offers is not a ‘works contract,’ but a covenant of vocation. The vocation in question is that of being a genuine human being, with genuine human tasks to perform as part of the Creator’s purpose for the world. The main task of this vocation is ‘image bearing,’ reflecting the Creator’s wise stewardship into the world and reflecting the praises of all creation back to its maker … Humans are called not just to keep certain moral standards in the present and to enjoy God’s presence here and hereafter, but to celebrate, worship, procreate and take responsibility with the rich, vivid developing life of creation.” — The Day the Revolution Began, pp. 76–77

So the first thing for followers of King Jesus to do in our spiritual battle is to take up our God-given position of those who create and shape culture to reflect the life and love of the Creator himself.

2. We Have a New Primary Allegiance to the Messiah.

Humans are always looking for a group, a tribe or a people to be a part of. We were made to be communal, and one way or another we will find a way to identify with others. What is the proper basis for this community?

The second thing Christ’s victory over the powers provides is a new foundation for corporate identity and action. Rather than giving our ultimate loyalty to any nation-state, any ethnic or racial group, any temporal institution, human philosophy or economic system, our primary identification, name and coherence as a group is now found in the Second Adam.

The renewal of humanity’s corporate existence is brought into effect by the appearance of a human pioneer, the Son of Man, who opens up a previously undiscovered route to human solidarity. Our adoption as children of God into the worldwide family of God provides us a new home and a deep unity with others.

In his short, powerful book Christ and the Powers (especially pp 47–54), Hendrikus Berkhof briefly outlines how this new identity in Christ works out in the public sphere. Once we stop absolutizing the powers, giving them our worship and highest fealty, we are free to manage the world more simply according to practical goals. If we quit acting as if countries, or economic systems, or money, or power, or technological tools, or any other thing in all of creation are gods, then we can begin to treat them as means, not as ends.

By not investing our identities in these things which are not worthy or capable of carrying them, we make their role in society more modest. We can deescalate many human conflicts, and have conversations that are less fraught with ultimacy about what works for the flourishing of human life.

Berkhof notes that the powers will resist this by their usual means of propaganda, terror and the ideologizing of all of life, trying to suck us all into life-and-death battles over our old idols. But those who are new creations in Christ have already transferred their core allegiance to the freshly revealed kingdom of light, which breaks the old thinking of the kingdom of darkness into pieces.

Historically (and very sadly) Christians have not always shown the ability to successfully follow through on this transfer of their highest devotion and obedience to King Jesus. Crucial spiritual battles have been lost to the powers precisely because those claiming Christ have continued to turn lesser things into idols.

Consider, as one example, the founding of the United States and the white supremacy and racism leading to slavery and the genocide of Native peoples, positions that were so often embraced by those who self-identified as Christians. These are classic tools of the powers to divide peoples, examples of which can be seen around the world and throughout history.

New ground can be taken back from the evil powers if believers would always make it perfectly clear, in word and in action, that they serve only one Lord and Master.

3. We Have a New Grounding in the Truth of the Messiah.

One of the Bible’s central claims is that the world-rulers of our darkness have blinded the minds of those who worship what is not God. In contrast, the true knowledge of God is made known through the Messiah. The wisdom of God, known and lived by the community of Christ, is therefore a powerful means of pushing back the murky and distorting darkness produced by the powers. The spiritual forces of evil have always lived and moved in lies. Deception is one of their primary weapons against us.

As Paul makes especially clear in 2 Corinthians, the light of the gospel is infused with God’s own power to successfully engage in spiritual warfare and push back the darkness. Gospel knowledge is power:

“If our gospel still remains ‘veiled,’ it is veiled for people who are perishing. What’s happening there is that the god of this world has blinded the minds of unbelievers, so that they won’t see the light of the gospel of the glory of the Messiah, who is God’s image.” — 2 Corinthians 4

“Yes, we are mere humans, but we don’t fight the war in a merely human way. The weapons we use for the fight, you see, are not merely human; they carry a power from God that can tear down fortresses! We tear down clever arguments and every proud notion that sets itself up against the knowledge of God. We take every thought prisoner and make it obey the Messiah.” — 2 Corinthians 10

The realm of ideas is thus one of the key arenas for our spiritual struggle in the present evil age. The wisdom of God is not a merely intellectual exercise, however. It is a full-bodied wisdom that must permeate the entire life and witness of the body of Christ in this world.

This ongoing struggle is now the story of our lives. The Scriptures introduce us to a world where the wild things are. If we don’t adopt the enchanted worldview of the Bible, we won’t understand the world as it actually is. We won’t know who we are or what we’re supposed to be doing.

The Son of Man has come into the world, showing us a new way to be human. He has already won the decisive battle, so the outcome of the war is not in doubt. Yet that struggle is not yet over, so we too must be spiritual warriors. We wear the full armor of God, so that the reign of God will advance and bring light and life to chaotic, unruly and broken places. Like the Divine Warrior himself (see Isa. 59), we stand up and intervene when injustice and wrongdoing wreak havoc on God’s good world. As the living body of the resurrected King of Israel, we too confront the spiritual forces of evil in the heavenly realms. As Christ’s new community:

• We embrace the powerful, fortress-breaking truth of the gospel.
• We reclaim our lost human vocation to manage God’s creation in love and service.
• We find our true identity by giving our highest allegiance to the world’s true Lord.

The Bible is a collection of words with power—a living story that invites us in to take up our own places in the struggle against God’s enemies, sin and death. Both the powers and the humans have been in rebellion. But as followers of the Messiah, we’ve been invited to now share in his secret wisdom. The real power of God’s kingdom, the power that defeats evil, has nothing to do with the coercive and harmful weapons of the world. Rather, our triumph is found in the power of self-sacrificial love.