Home Features The Threat of Isolation Will Outlive the Pandemic 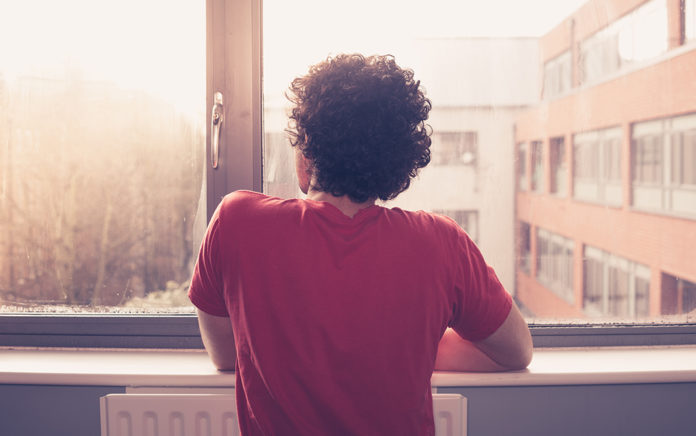 It’s our responsibility to reach out to those who are isolated.

Isolation. Just the very word brings fear and uneasiness to a lot of people, and rightfully so. None of us were made for it, even the most reclusive person you may know.

As a matter of fact, the very first thing God made after creation, was a companion for Adam. God said, “It is not good for man to be alone” (Gen 2:18).

God didn’t create for Adam an overpowered chariot with 24” chrome rims, or a 22” HD color tablet with 100 terabytes of memory for him to read and play first-person games on.

He made him a companion.

When an individual goes through times of hurt or grief it’s very common for them to resort to isolating themselves from others. Feelings of guilt, anxiety, and depression are like rare earth magnets to isolation. However, those feelings compound the situation and the fear of it being somehow “contagious” keeps others away, making it exponentially worse.

Furthermore, Satan uses isolation as a tool to do his destruction. Several instances in the Bible come to mind, starting with Eve. Satan approached her while she was alone in the garden and successfully tempted her to eat of the fruit.

David often referred to times of isolation—compounded with the struggle of depression and anxiety related from it. Just read the Psalms.

Don’t think this can happen to you?

Well, consider this. In the Gospels, we read the encounter Jesus had with Satan. While fasting 40 days, Satan even tried to use that period of isolation to tempt Jesus (Luke 4 and Matt. 4).

Another time was when Jesus went to pray shortly before He was taken to be crucified (Matt. 26). Being overwhelmed with sorrow, He went to pray, and He asked His disciples to watch with him. Well, we know they fell asleep, and Jesus scolded them more than once for doing so.

If Jesus can be affected with isolation, so can you, and at some point, probably will.

Prisoners of war have been isolated for long periods of time as torture to get them to the “breaking” point. Trouble making prisoners in jails are often isolated as a way to “encourage” them to rethink their actions before they attempt a “repeat offense.” Examples of the impact of isolation are easy to find.

This would be the time where I should direct this article into encouraging the reader to break from the oppression of their isolation and reach out to others to help them through their circumstances.

But I’m not going to.

It’s odd how we so often hear the term, “It takes two to fight.” But when it comes to a person who is hurting from isolation, we suddenly make the solution a one-sided issue. We tell them, “You need to not isolate yourself” (generally just before we leave). That advice is like telling a person with a broken leg to stop limping. Like I said earlier, we all too often treat isolation as if it’s contagious.

Here’s the premise of this article: The issue of addressing isolation in our churches today weighs squarely on the shoulders of those who are not (currently) suffering through it and oftentimes blatantly ignoring it.

The book of Acts records the history of the early church shortly after the ascension of Jesus back to heaven. It says in Chapter 4 that no one was without anything because everyone shared everything. No, this was not a socialist societal experiment, but an example of the love and care that bubbled up in the church like a shaken can of root beer.

Love and care are a virtual minefield for the existence of isolation.

Many Scriptures come to my mind of examples of the necessity of companionship. Here’s a couple of them. “The foot does not say to the body, since I am not a hand, I do not belong to the body”, “To one there is given a spirit of wisdom, and to another knowledge and to another faith…”, “God has placed into his church apostles, preachers, teachers…”

These passages make it very clear that none of us is designed to work alone, furthermore no one is going to be healthy while being neglected. We are all created to work harmoniously, in “love, joy, peace, gentleness …” etcetera.

The poem of the footprints in the sand is so well known and is displayed on so many household walls. But I have to say, if you have it on your wall maybe you should reconsider it.

Certainly, it’s true that God does carry us in times of distress, but it’s wrong for anyone to think we are exempt from being the tools God uses to do that labor.

I’ve said it before; during times of hurt, the sand on the beach should be filled with the footsteps of caring fellow believers being drawn to that person like a moth drawn to a porch light. This is our call as Christ-followers.

In conclusion, if you know someone who is hurting or struggling, don’t be quick to dismiss yourself as being the root of what can become the solution.

• Do not tell the person to reach out to other people, and then quietly slip away.

• Be the person who takes it on your shoulders to break the chain of isolation.

• Use your abilities to make a phone call, deliver a meal, or offer a kind caring ear and then … do it again until the burden of isolation is rendered powerless.

• Don’t be found sleeping when you should be watching.

This article appeared on KurtBubna.com and is reposted here by permission.