Home Features What’s Holding You Back? 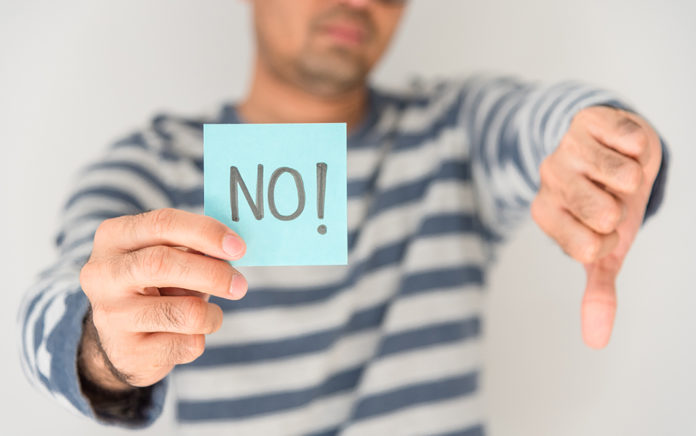 The scribes and Pharisees couldn’t get past Jesus healing on the Sabbath, and it wrecked them.

When you read the gospels straight through as I have recently, something that stands out is how many times Jesus really upset the religious leaders of his time for a simple compassionate act like healing a sick person on the Sabbath.

“The scribes and the Pharisees were watching him closely to see if he healed on the Sabbath, so that they might find reason to accuse him.”

It happened over and over. Jesus would typically be teaching on the Sabbath, someone with a terrible ailment would ask him to heal them, and when he did, the Pharisees just went nuts. Jesus would immediately expose their hypocrisy, because they would do other things—like help an injured or stuck animal on the Sabbath—but in their spiritual arrogance absolutely refuse to help a human being. But no matter how many times they were humiliated in front of the crowds, the Pharisees just couldn’t get past the audacity of Jesus doing good on the Sabbath.

The gospels record it so often that I started thinking about the things we do today that we just can’t get past. For instance:

• I’ve met leaders who refused to change their strategy because they felt that changing it would make them look like a failure. Other leaders refused to consider staff changes in spite of clear evidence that one or more team members were unqualified, failing or actually ripping the organization off.

• A nonprofit organization’s leader was convinced that marketing didn’t work. Because he’d had a bad experience early in his career with a poorly executed marketing campaign (Who hasn’t?) he decided that marketing simply was a con, and refused to consider it—even as his organization shrunk.

• One ministry donor development VP was convinced her fundraising plan that worked in 2005 would still work today. In spite of the decline in donations of 60% under her watch, she adamantly refused to change the plan. That organization barely exists today.

Before we criticize the Pharisees for their limited thinking, we should ask ourselves: What is it in our lives that we just can’t get past?

Maybe it’s drinking a bit too much, or making excuses for not losing weight. Perhaps it’s being obsessed over a romantic relationship you know is wrong. I had an old friend whose wife left him. He loved her, but she had no intention of coming back, and in a few years married another man. But my friend just couldn’t get past it. He brooded over it, lost his job over it, and it was many years before he finally faced reality and moved on.

It’s tough, no question. So tough in fact that after healing a man with a withered hand, Luke says of the Pharisees: “They were filled with rage, and discussed together what they might do to Jesus.” Filled with rage! That’s how angry they were simply over Jesus healing a crippled hand.

Being unable to get past something in our lives is simply the refusal to face reality. It’s clear to everyone else, but for different reasons, we refuse to face the truth ourselves.

Start today looking closely at anything in your life you just can’t get past. In case after case, others notice it but like a blind spot, we don’t. It’s hurting your relationships, become barrier to people you love, and could be killing your career. So ask people you trust. Be honest with them, and take their advice seriously.

Because you’ll never experience real freedom until you can get past what’s holding you back.