Home Features Who Are You Imitating? 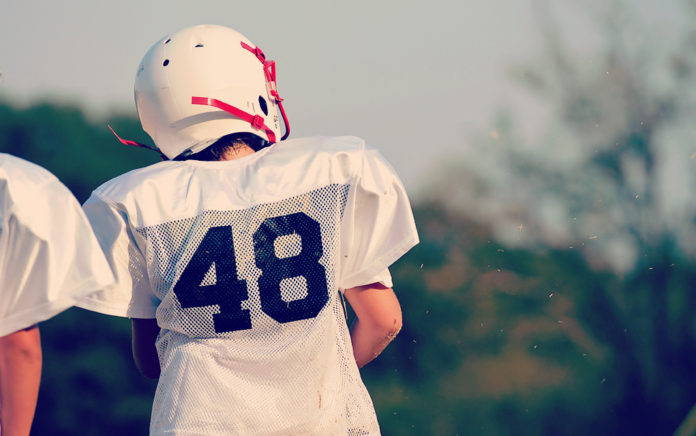 The Christian life is one of imitation. Who’s your example?

I enjoy sports, particularly American Football. Now, I’m not the kind of sports fan who knows all the names and stats of every player on the team past and present. But, like most children, I envisioned myself as my favorite athlete on the field. Since childhood, we’ve worn the jersey, bought the team paraphernalia and imagined we were “that player” who won the game. Today is no different. Children imitate their favorite athletes or superheroes, wearing their “stuff,” pretending to win the game or save the world. Who did you want to be like growing up? Who are you trying to be like today?

The apostle Paul reminds us that there is a time to put away childish things (1 Cor. 13:11). However, imitation is not one of those things. Life is imitation. We’re all imitating someone. That’s one reason social media influencers are so popular. They know that we’re looking to imitate, and they hope they will influence us to imitate them, or at least, to imitate their choices—whether fashion, cosmetics or lifestyles. The Christian life is no different. It too is a life of imitation, which is why it’s important to ask ourselves, Who am I imitating?

Paul urges us to imitate him and those who follow his pattern of life (Phil. 3:17). What does he mean? Well, previous to his charge to imitate him, he explains that he is living this life as a runner running to win the race. He is not distracted by what is behind him (other runners, past sins having been forgiven, past accomplishments upon which he may be tempted to rest); instead, he reaches forward to the finish line (the last day—resurrection) so that he may obtain that for which Jesus has saved him—to be conformed to the divine image (Phil. 3:13–14). All who are mature believers are to have this same mindset (Phil. 3:15).

For this reason, Paul invites us to imitate him as he runs the race with a focus on the last day. Paul had already put before the Philippians examples to follow. Jesus, of course, is the perfect and true example (Phil. 2:5–11). He selflessly gave up his heavenly privileges and glory (not his divine attributes) to take on our humanity. As the God-man, he humbly became a slave and obediently went to his death on the cross in the place of sinners. It is Jesus’ selfless, humble, obedient example, in the power of his resurrection, that we are all to follow (Phil. 3:10). This is the example that Paul followed as he ran the race with undistracted focus. But Paul’s is not the only example we are to follow. Both Timothy and Epaphroditus displayed the mindset of Christ (Phil. 2:19–30). We are to imitate the example of all Christians who run with a heavenly mindset (Phil. 3:17).

WHO ARE YOU IMITATING?

So, who are you imitating? One way to answer that question is to ask, Who do I sound like, look like, act like? Imitate those who run the race of the Christian life with their minds set on the things above (Col. 3:1–4). Whom should you imitate? Your pastors, for one (Heb. 13:7). The Risen Christ has given the church pastors who provide examples of how to live in this world (1 Peter 5:1–5). Pastors, live your lives in such a way that the church may follow your example in singleness (if not married), in marriage, parenting, in holiness, in evangelism, in discipleship, in speech, in conduct, in doctrine, in faith. Our lives as pastors should be imitable.

From Outreach Magazine  How Earthly Possessions Are Like Confederate Currency

But don’t just be an imitator. Become the kind of Christian that others can imitate. Ask yourself, “What if everyone at our church were just like me?” Would that be a good thing? If the answer is no, then, perhaps, you need to confess sin, reconcile certain relationships and receive the gracious forgiveness that comes through Christ. Then find Christians to imitate that will lead you to look more like Jesus, that you may become an imitable example to others, because the Christian life is a life of imitation.