Home Features How to Deal With Fear in the New Year 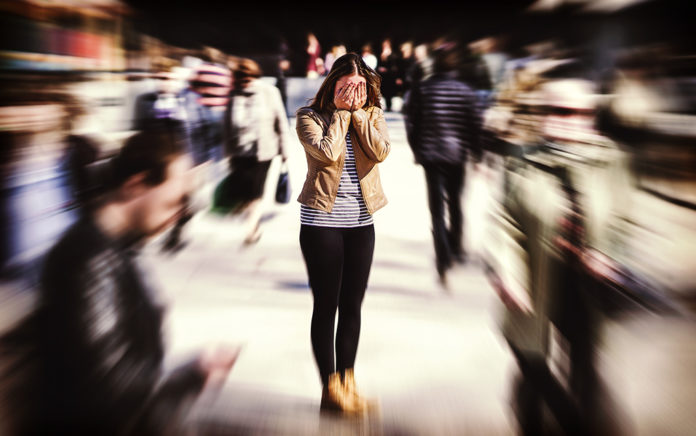 If there is one thing on the minds of a lot of Americans right now, it’s fear.

A survey last year by the National Institute of Mental Health revealed that anxiety among Americans has gone up five points since 2017. Four out of every 10 people said they were “more anxious than they were last year.”

There’s fear in the air. And in the first century, there was fear in the air as well. Yet the angels’ words to the shepherds, to Mary and to Zechariah the priest still ring true today: “Don’t be afraid.”

Historically, it was a frightening time in the occupied land of Israel. The people lived under the iron fist of Rome, which had conquered a great part of the world and established the Pax Romana, essentially a forced peace. You either submitted to Rome or else.

Underneath Rome was King Herod, a puppet governor whom they had installed. He was a paranoid tyrant who would execute people at will.

The people wondered whether the violent rule would ever cease. Would the world ever change? And where was the long-awaited Messiah they hoped for, the Messiah they longed for?

My friend David Jeremiah has pointed out three separate occasions in Luke’s gospel where an angel used the words “Don’t be afraid” to calm people.

We find the first occurrence in chapter 1, when the angel Gabriel came to the godly priest Zechariah, who “was shaken and overwhelmed with fear when he saw him” (v. 12). But Gabriel told him, “Don’t be afraid, Zechariah!” (v. 13).

Then in the next chapter, Luke tells us the shepherds in the fields near Bethlehem “were terrified, but the angel reassured them. ‘Don’t be afraid!’ he said. ‘I bring you good news that will bring great joy to all people. The Savior—yes, the Messiah, the Lord—has been born today in Bethlehem, the city of David!’” (3:9–11).

The common denominator in all three instances was that the angel was delivering good news.

Angels are amazing, awesome creatures. Awhile back I was driving around looking at Christmas lights with my wife and two of my granddaughters. We started talking about angels, so I did a quick poll.

“There are only three angels that are named in the Bible,” I said. “Can you guess?” Then I offered a multiple choice answer: Gabriel, Michael, Bong Bong, or Quesadilla. (One granddaughter chose Quesadilla, so I had to tell her there is no Quesadilla the angel.)

The correct answer is Gabriel, Michael and Lucifer. Surprisingly, Lucifer was once a high-ranking angel—now a fallen angel known as Satan. The angel who is more powerful than all the others is Michael, the archangel. It doesn’t mean that he lives in an ark, I told my granddaughters. “Archangel” just means he is more powerful.

But the thing we find angels saying more than any other when they appear is, “Don’t be afraid!”

Maybe you’re carrying a burden today. You have some trouble in your life, with great anxiety. Here’s what I want you to know: God still answers prayer.

As Gabriel told the godly Zechariah, “God has heard your prayer” (Luke 1:13). Zechariah was married to a wonderful, godly woman named Elizabeth. They wanted a child, specifically a son. But the Lord had not answered their prayer in the affirmative. They were getting on in years. They were not expecting to ever have a child.

From Outreach Magazine  My No. 1 Mistake as a Leader

Coming back to this problem, this burden, this difficulty, this challenge you’re facing—have you prayed about it? That is very important. The Bible says, “Yet you don’t have what you want because you don’t ask God for it” (James 4:2).

It just may be that the Lord is ready to deliver you from this situation or provide for your need or give you that healing if you simply will call out to him. But he doesn’t always do those things on our schedules.

The apostle Paul said, “Don’t worry about anything; instead, pray about everything. Tell God what you need, and thank him for all he has done. Then you will experience God’s peace, which exceeds anything we can understand. His peace will guard your hearts and minds as you live in Christ Jesus” (Phil. 4:6–7).

Turn your worries into prayers. Turn your fears into petitions. God always answers our prayers; it’s just that we don’t always like his answers.

As we look at the year ahead, we wonder what our future will be. I don’t have the answers to that question. But I know this much: God is in control, and God still has a purpose and a plan. God is with us. Therefore, we don’t have to be afraid.

This article originally appeared on WND.com and on Greg’s blog and is reposted here by permission.