Home Features How to Stop Being Ruled by Shame 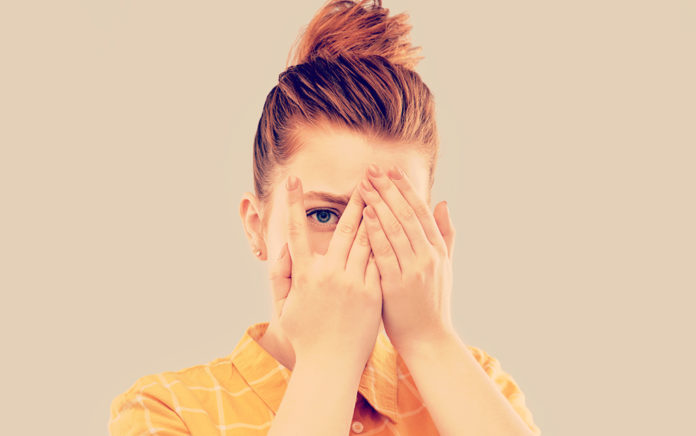 Shame has no mercy or grace for its victims. It attaches itself to us like a blood-sucking leech whose lifeline is found in the shame it produces. It attaches itself to the barren woman who longs to have children, to the parent with the wayward child, to the one who is stuck in habitual sin and to the one with a painful past. Shame has no concern for the destruction it leaves behind. It’s debilitating.

WE ARE TOO FAMILIAR WITH SHAME

Whether shame is your best friend who is inseparable, just an acquaintance, or like a distant father who shows up from time to time, we are all too familiar with the guilt and isolation it produces.

Shame ties us to the past, keeps us stuck in the present and blinds us to the future.

So how do we move forward and experience the freedom Christ intends for us to live in?

THE ENEMY USES OUR PAST SINS

You have to deal with your past. Healing from your past will help you to live freely in the present and have hope for the future. The past is something the Enemy will use consistently and aggressively to keep the believer spiritually paralyzed. He knows that if he can keep you living in shame then you won’t move into a life of freedom. He will remind you of the things you did wrong or the things that were done to you. He wants you to feel like you aren’t worthy. He knows that if he can keep your eyes focused on the past then you won’t be hopeful for the future. He blinds us of the future by muddying the waters of the present with phrases like, “you cannot be restored,” “you cannot be used,” “look at how horrible you are” and the list goes on. If we listen to those phrases for too long then we will begin to believe them and our beliefs will affect our behavior. This is why believing what the Word of God says is so key to defeating the enemies’ allegations. The only way you can defeat lies is with the truth.

Many Christians know about forgiveness but have a problem accepting it. Do you believe that he will remember your sins no more as Hebrews states? Do you believe that as far as the east is from the west he will remember your sins no more as Psalm 103 states? This is such a powerful truth that is needed to defeat the lies the Enemy tells. Imagine if you walked in those truths and if you allowed those passages to affect your behaviors. You would live as a victor and not a victim. But this is the great mystery. Why do Christians believe the whispers of a lie more than we do the roars of the truth? We don’t accept the forgiveness we have been given. We would rather wallow in shame and guilt because, in the depths of our souls, we think that’s what we deserve.

HOW WE FACE THE PAST

One way I am learning to get over my past is by embracing it. In order for true healing to take place, I have to embrace the very thing that’s producing shame. If shame is the fruit of my sin or failure then I have to get to the root so it stops producing fruit. This is incredibly hard but necessary in order to move forward. I may not like it, but I have to acknowledge the past and accept that it happened.

Once the root is embraced the next thing to do is confess it. The worst thing to do is to conceal sin or the thing that’s causing shame. If we conceal it then all we are doing is pouring dirt on the root and it will eventually grow through. You can’t just trim a weed or pour dirt over it and expect it not to grow; you have to pull it out. Confession is the uprooting of the weed. When confession happens, the root of shame loses its power.

From Outreach Magazine  What Sustains Missions in the Hardest Places?