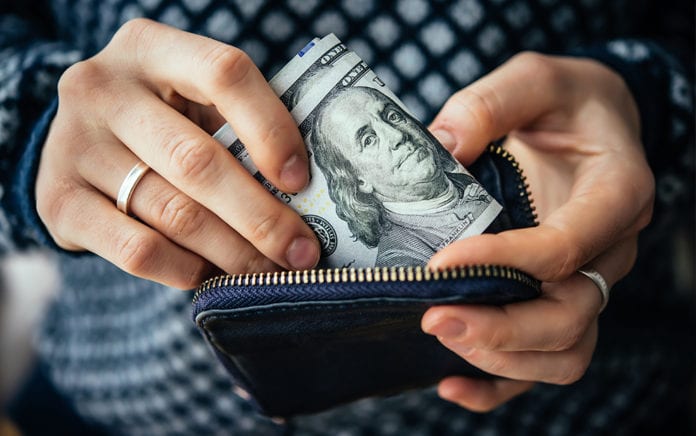 Money is neither everything nor nothing—it’s a tool.

Money is emotionally weighty for us. Most people don’t talk about money much, but when they do, they almost always feel something. Guilt. Shame. Embarrassment. Pride. Joy. Longing. Contentment. Discontentment.

This is actually pretty understandable. Most people work to “make a living.” That means we take the most valuable commodity we have—time—and instead of spending it on ourselves, our family, or our friends and hobbies, we give it away to “the man” and he compensates us financially for it.

Most people trade life for money.

Interestingly, some people seem to be able to talk about money in a balanced, healthy way without getting upset, feeling guilty or bragging pridefully. We’ll come back to why that is in just a moment.

First, the two extremes we go to when it comes to how we think about money.

SCHOOL OF THOUGHT #1: MONEY IS EVERYTHING.

There are two major needs all human beings have—security and significance. Some sociologists would expand this list to include needs like variety, meaning and many others, but these two are survival-level needs.

The problem is, when you believe that money will truly meet those two needs completely, you are destined for disappointment and frustration.

Money is just too temporary. Its value fluctuates depending on current economic conditions, inflation, political movements and even on your personal lifestyle choices.

In this camp are some who have a ton of money and others who never seem to have enough. It’s not a “rich people” problem or a “poor people” problem. The money-is-everything mindset can consume those who are afraid to lose their money as much as those who fear they’ll never have any.

From Outreach Magazine  How God Brings Joy Out of Our Sorrow

Therefore, money isn’t everything. But then there’s the other extreme …

SCHOOL OF THOUGHT #2: MONEY IS NOTHING.

In the opposite corner are those people who believe money is nothing. Money-is-nothing thinkers tend to be a little too proud of how little money means to them.

When we’re in this mindset, we wind up making no plans for our money. It goes unmanaged. It isn’t maximized or multiplied or invested into anything meaningful. We just consume it and move on.

Believing that money is nothing may be a more pious approach to finances, but it’s also less purposeful and ignores the opportunity to see money in the healthiest possible way.

SCHOOL OF THOUGHT #3: MONEY IS SOMETHING.

The truth is, money is something. Money isn’t everything, but money also isn’t unimportant.

The fact is, money is a tool.

Money can pay the bills, buy groceries and provide shelter. All of those things are important, right?

Money can also start businesses which employ people, making sure everyone has an opportunity to earn a living.

Money can fix some pretty significant problems. It will pay for therapy, feed the poor and help people with medical needs.

You just can’t decide money doesn’t matter. That’s not an option. Money is something.

And what about the people I mentioned earlier, who seem to be able to talk about money without letting it rule their emotions?

From Outreach Magazine  Idea: 3 Ways to Use Apps

Almost always, those who have the healthiest relationship with money subscribe to the third school of thought—that money is something.

Generally speaking, people in this category have learned to treat money as a tool that provides some security and some significance without filling us with anxiety.

Money loses its power when we stop simply trading our lives away for it. That doesn’t mean you can’t work a job and have a healthy relationship with money. It just means you refuse to depend 100% on working as the only means of providing financially for yourself and your family.

Perhaps there is a side hustle, passive income or investment income that can be counted on. Or you’ve actually managed to collect assets in life that provide equity and earnings long-term.

And (and this one is big …) your grip on money is loose. You can give it freely when a need arises. You can lose some of it without losing your mind in an economic downturn.

Here’s the challenge: Decide today that money won’t own you. It won’t rule you. It won’t hold your emotions hostage any longer. Instead, money will be owned, managed, used and invested by you for good purposes.

Then, start ordering your finances and your professional life to align with this new reality.

Money isn’t everything. But it also isn’t nothing. Money is a tool.

This article originally appeared on UnstrappedLife.com and is reposted here by permission.