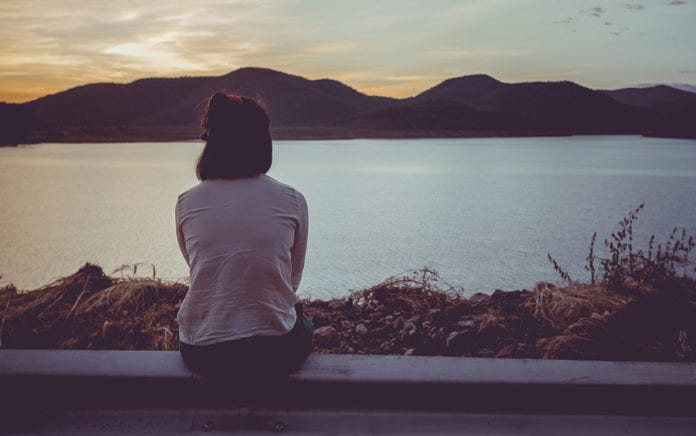 Guilt and our conscience is designed to warn us of something that needs to be corrected. Don’t ignore it.

When my son Jonathan was in his early teens, we were driving somewhere when he turned to me and said, “Dad, what is a conscience?”

Defining a conscience isn’t as easy as it might seem. I tried to illustrate it for him. I explained that a conscience is a lot like our ability to feel pain. If you’re walking barefoot and start to step on a piece of glass, you sense pain. You get that signal from your brain telling you to stop. It’s a warning of something that could be far worse. And though you may not enjoy the temporary discomfort of partially stepping on a piece of glass, it beats the alternative, which is to puncture your foot and risk infection and other complications.

Yes, there is pain involved, but it’s warning of something that could be far worse.

Our conscience can work that way as well. It alerts us to danger. It warns us of something that’s wrong in our lives. And working in conjunction with our conscience is something called guilt. Guilt is a spiritual pain in our souls that tells us something is evil and needs to be confronted and cleansed.

We all know what it’s like to have a guilty conscience. The story is told of Sir Arthur Conan Doyle, who stated at a dinner party one night that everyone over the age of 40 had at least one skeleton in their closet, so to speak. This led the group to perform an experiment on a mutual acquaintance whom they all agreed had an impeccable reputation. They sent the man a telegram with this message: “All is discovered; flee at once!” The next day he disappeared and was never seen again.

What if you were to get an anonymous text that said, “All is discovered; flee at once”? Would you run? Is there something that you’re afraid would be found out?

That is called having a guilty conscience.

One person defined conscience as “the inner voice that tells you the IRS might check your return.” Another defined it as “that still, small voice that makes you feel still smaller.”

The Greek word for conscience is found more than 30 times in the New Testament and means “coknowledge.” In other words, conscience knows our inner motives and our true thoughts.

The Hebrew word for conscience is usually translated as the word “heart” in the Old Testament. So when we read in Old Testament passages about having a tender heart toward God, this is referring to a sensitive conscience. When it speaks of being upright in heart, it means having a pure conscience.

That is not to equate the conscience with the voice of God, necessarily, because our conscience can be wrong at times.

At the same time, our conscience often will point out what is right or wrong long after we have rationalized our actions. We all know what it’s like to say, “I know this is OK for me to do. …” We talk ourselves into it and have it all worked out. Then as we’re on the way to doing that thing, the conscience kicks in, saying, I don’t know if you should do this. It serves an important purpose. And when we ignore our conscience and do the wrong thing, guilt will kick in.

We are living in a time, however, when no one wants to accept guilt anymore. We are a society of victims. No one is responsible for his or her actions anymore.

A number of years ago I heard a news story about a man who was suing the American Dental Association, claiming it had failed to warn consumers about toothbrush abrasion from brushing too hard.

That is the way it is in our litigious society. The prevailing attitude is when in doubt, sue. Never accept responsibility for what you’ve done. It’s always the other person’s fault.

But there is that nagging thing called guilt. People who are often troubled by guilt will go to a therapist, who is supposed to boost their flagging self-image or help them realize there really is no such thing as guilt. People don’t want to feel guilt in our culture today.

From Outreach Magazine  Who Is the Main Character in the Story of Your Life?

The media have confirmed this, publishing articles with headlines such as, “How to Stop Being So Tough on Yourself,” “Guilt Can Drive You Crazy,” “Getting Rid of the Guilt,” “Don’t Feed the Guilt Monster.” The list goes on and on. The common thread is treating guilt as some irritant we need to get rid of. Guilt is bad—or so people say.

Ann Landers, whose syndicated advice column was read by millions, made this interesting statement about guilt: “One of the most painful, self-mutilating, time- and energy-consuming exercises in the human experience is guilt. … It can ruin your day—or your week or your life—if you let it.” She concluded, “Remember guilt is a pollutant and we don’t need any more of it in the world.”

I disagree. I think guilt has an important part to play. I think God can use guilt in our lives. Guilt can be something that can remind us that we have crossed the line, that we have done something wrong. God can work with guilt in the human conscience to bring us to our senses.

Maybe your conscience has been troubling you lately. You know you’ve done something you shouldn’t have. Instead of trying to ignore it, listen to it and examine it. If there is something you have done, then God is only awakening you to it so that you can acknowledge it and turn away from it.

The good news is this: The Bible says that “if we confess our sins, [God] is faithful and just to forgive us our sins and to cleanse us from all unrighteousness” (1 John 1:9).

This article originally appeared on WND.com.