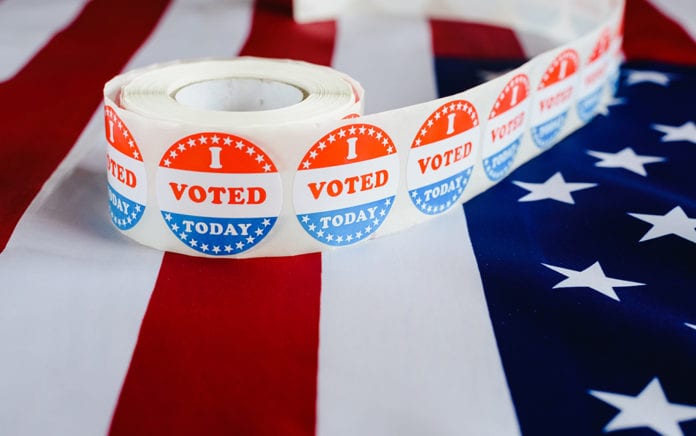 Choosing a candidate is not always easy, so here are some helpful things to consider when voting.

How do we decide which candidate deserves our support? Over the course of a campaign, candidates take stands on a wide range of issues, so it will be hard (or even impossible) to find a candidate who aligns completely with your political views.

A good place to start is by comparing candidates on the issues to see what they advocate and how these views align with our Christian beliefs. It is easy to focus on ourselves and what policies would help us the most, but I encourage voters to look beyond their own self-interest and think more broadly about love of God and neighbor. What policies seem to make our community a better place? What allows for people to flourish as God intended?

For some people, the moral weight of one issue is so powerful that they base their voting decisions on it. We call this single-issue voting. In theory, it makes sense, but in practice it doesn’t always work. Sometimes, political opponents agree on that single issue, so there is no difference. In other cases, the role and duties of office may have little or nothing to do with the issue, so your vote would have little relevance. When opponents differ on an issue and they are running for an office that has power to address the issue, single-issue voting works. For those who are so passionate about a particular issue that they believe it always outweighs other policies under consideration, single-issue voting is a good option.

But elected officials make decisions on a wide range of policies, many of which have deep moral implications. Given this reality, I encourage voters to evaluate candidates on a range of issues, comparing their options to see who aligns most closely. Voters who choose this path need to find ways to prioritize what issues matter most to them. Make a list of which policy positions are non-negotiable for you, those issues (if any) that are so important that a candidate must share your views on them to earn your vote. If issues are truly non-negotiable, skip voting in those races where neither candidate shares your views.

From Outreach Magazine  The Why of What We Do

Another approach is to create a list of priority issues that you believe are the most significant in a given election or time, and choose the candidate whose positions on these issues align most closely with you.

Issues need not be the only component of a wise voting decision. We cannot anticipate all of the policies and situations that a candidate will confront in office, so it makes sense to compare candidates based on character. We can ask questions such as: Do they speak and act similarly when scripted and off script? What kind of reputation have they built among family, friends and in their professional sector? How do they deal with adversity? Taking measure of a person’s character gives us some idea of how they will deal with unexpected challenges. If we find them trustworthy, it is easier to trust them with the uncertainty that lies ahead.

All of us are flawed, including people who run for elected office, so we shouldn’t expect perfect candidates. Compare candidates as best you can, weighing pros and cons as I have outlined. But if you find that you cannot confidently affirm any candidate in a particular contest, skip voting in that race and focus on the others on the ballot.