Home Features Why the Gospel Is Deeply Political 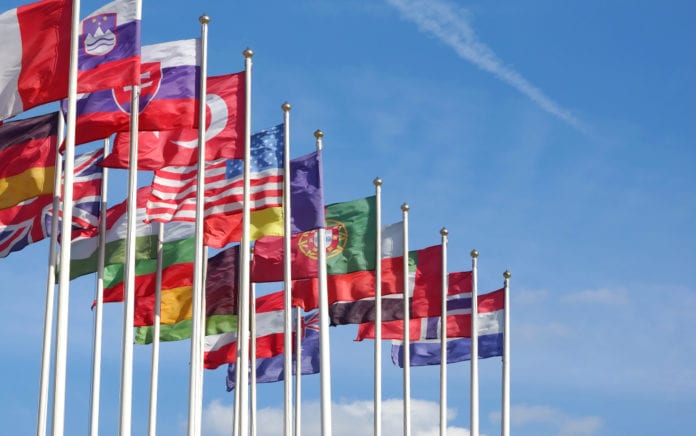 Jesus presented a vision of a kingdom in direct opposition with the empire of his day.

We’ve all heard it.

“Jesus was never political. He was only interested in saving souls and building his church.”

The problem is, the Bible is a very political book. And the Scriptures have a lot to say about how we should organize ourselves as a society.

Remember all that stuff about orphans, widows and foreigners that Jesus emphasized? That’s deeply political. Because we vote for people who make decisions about the poor, on our behalf. That’s what our love looks like in public.

Now Jesus was no Republican. Nor was he a Democrat. And he wasn’t a capitalist or a socialist.

As Jim Wallis says, “The right doesn’t get it. And the left gets it wrong.”

The way of Jesus is the Third Way.

And this Jesus-way of bringing his kingdom—on earth as it is in heaven—has a lot of political implications.

Look at the context. Almost the entire Bible is written by people living in the shadow of one political empire or another. The first readers of our Scriptures were slaves and fugitives, fishermen and fools. They were the oppressed of Egypt, the exiled in Babylon and the peasants under Roman occupation.

And so, it made perfect sense that Jesus would choose to come as one of those underdogs of a political empire—a vulnerable child with nowhere to go, his parents shuffled about by the Roman demand for a census.

But here’s what we miss about Jesus’ birth. There are really only two goals in carrying out a major census—the kind that framed his entry into the world—just two reasons to go to all that extra expense and bureaucratic hassle to count every single head in the entire Roman world (Luke 2:1).

The first reason is to determine the number of people who can pay taxes.

And the second, is to figure out the number of men who can fight in an army.

In other words, the birth of Christ took place in the shadow of the twin pillars of a typical political empire: economic power and military might.

Isn’t it interesting then, that when Jesus’ cousin John the Baptist is asked what it means to repent, he directly addresses the representatives of those two pillars of empire by calling on the tax collectors (representing economic power) and the soldiers (representing military might) to act with justice (Luke 3:12–14).

Then, Jesus comes along preaching a radical alternative to this type of empire. Something he called the kingdom of God (or as Matthew calls it, the kingdom of heaven).

Jesus’ subversive upside-down kingdom stands in stark contrast to the way we like to do politics. It’s something that will come on earth as it is in heaven.

Whereas empire comes on a white military horse wielding weapons of shock and awe, the upside-down kingdom comes on a donkey’s back and says love your enemy, even if he crucifies you. That’s a deeply political stance.

Whereas empire consolidates power and says let’s make our nation great, the upside-down kingdom kneels with a towel and washes feet, saying I come to serve—even those of other tribes. That’s a deeply political stance.

Whereas empire honors the influential and celebrates the celebrity, the upside-down kingdom welcomes little refugee children and gives food to the hungry. That’s a deeply political stance.

Whereas empire is about power and status and tax breaks for the rich, the upside-down kingdom is led by a handful of unemployed fishermen, rejected bureaucrats, a prostitute and some failed revolutionaries. That’s a deeply political stance.

Whereas empire is a rat race to the top, the upside-down kingdom says the last should be first, losers are winners and the most important among us will do the dishes. That’s a deeply political stance.

Such a radical alternative to the empire could only lead to one outcome: the leader being silenced and murdered by the state. And that’s exactly what happened.

From Outreach Magazine  6 Leaders: How Can the Church Engage Culture?

The fake divide between our personal morality and political morality is a lie. We vote for the kind of society Jesus wants—or we don’t.

The Bible is deeply concerned about how a nation treats its poor, which is a political issue (though you might argue about how a government can do this most effectively).

The nation of Israel was punished for its disobedience in this regard:

“‘Now this was the sin of your sister Sodom: She and her daughters were arrogant, overfed and unconcerned; they did not help the poor and needy. They were haughty and did detestable things before me. Therefore I did away with them as you have seen.” – Ezekiel 16:48–50

Here’s the problem. Many of us live lives that are comfortable enough to be untouched by politics.

We’re not affected by refugee quotas, or welfare systems, or how much money is put into inner city schools.

We can do what we want, go where we want and educate our kids in whatever school we want.

We can wash our hands of politics, and turn away from our poor neighbors. We can insulate ourselves from the needs of the world and make our faith a private, individual affair.

And our hyper-personalized theology reflects that privilege.

But instead, I’d like to invite you to consider a different path. I invite you to walk amongst the poor, read Mary’s Song (Luke 1:46–55), visit a refugee holding center, stay overnight in a slum, find some way, somehow, to overlap with those on the margins.

And then tell me government policies don’t matter for the orphan, the widow and the foreigner, and that Jesus doesn’t care about all that.

Because our faith is always personal, but never private.

This article originally appeared on CraigGreenfield.com