Home Features Renewing Our Spiritual Focus in the New Year 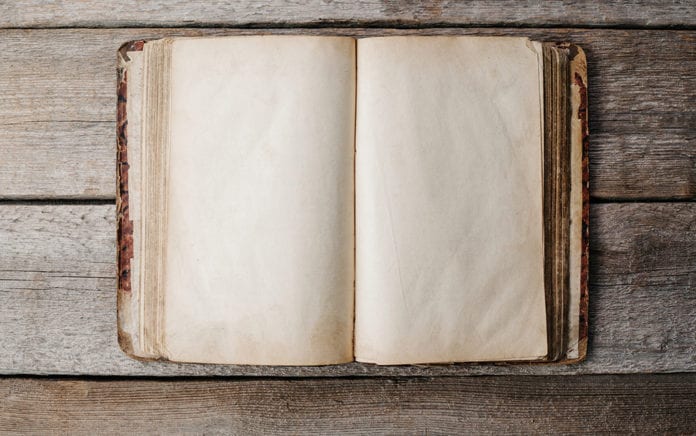 As we enter a new year, we enter it operating within God’s sovereign plan.

“The future,” said C. S. Lewis, “is something which everyone reaches at the rate of 60 minutes an hour, whatever he does, whoever he is.”

It’s hard to believe that another year has passed. When I was a kid I watched The Jetsons, and I’m still looking for my spaceship and my robot maid. But I would settle for a hover board from “Back to the Future.”

I’m entering the new year as I do every year: with great hope in God, because I know he is in control of all things, including our lives. I don’t know what the year holds, but I know who holds the year.

God always has a plan. Sometimes it may not appear as though he has a plan, but indeed he does. Daniel 4:35 says that God “does as he pleases among the angels of heaven and among the people of the earth. No one can stop him or say to him, ‘What do you mean by doing these things?’”

There are times when we do say that. Lord, what are you doing? Are you paying attention? The answer is yes, he is. We’re told in Scripture that “God causes everything to work together for the good of those who love God and are called according to his purpose for them” (Rom. 8:28).

It’s also great to know that God has thoughts toward us. God says, “For I know the thoughts that I think toward you … thoughts of peace and not of evil, to give you a future and a hope” (Jer. 29:11).

Sometimes those thoughts don’t necessarily make sense to us. But we see things from a certain perspective as human beings living in this place called earth. We see the immediate, but God sees the ultimate. Our world is the here and now, but God’s plan is over all. God’s plan is panoramic. He is in control of our lives, leading and guiding us.

At my local drugstore, there is a little device that takes my weight and blood pressure. The other day I was surprised to find that I weighed less than I thought I weighed. I was very happy about that until this device told me that I was overweight. I thought, “What do you know?” But it’s a way to check up on myself.

We need to do the same spiritually. We need to ask ourselves, “Am I as strong as I can be?” and “Is God at work in my life?”

God will be at work in our lives if we will allow him. If you want to change in this coming year, you can. But there is your part, and there is God’s part.

It seems as though there are two extremes on this topic. Some people believe this is all human effort. They say, “You have to get out there and do it for yourself. Pull yourself up by your own bootstraps. When the going gets tough, the tough get going. As the Bible says, ‘God helps those that help themselves.’ Of course the Bible doesn’t say that, but some people think it does. That is one extreme.

From Outreach Magazine  10 Trends in the Multisite Movement: 2012

The other extreme is when people say, “Kick back. God is the one who will do it. I have no role in all of this.” Their favorite expression is “let go and let God.”

However, there is God’s part and there is our part. A Scripture verse that pulls this together perfectly is Philippians 2:13: “For it is God who works in you both to will and to do for his good pleasure.”

Salvation, the forgiveness of our sins, is a gift of God to us. But there is work involved in living the Christian life. If you want to get in good shape physically, you need to work out. You don’t sit out. The same is true of our spiritual lives.

God has done so much for us, but we have to start living it. That is what our focus should be as we enter the new year.

If you want to be a new you in 2019, you need a clear objective and focus. The apostle Paul wrote, “I focus on this one thing: Forgetting the past and looking forward to what lies ahead, I press on to reach the end of the race and receive the heavenly prize for which God, through Christ Jesus, is calling us” (Phil. 3:13–14).

David had that same focus. He said, “One thing I have desired of the Lord, that will I seek: That I may dwell in the house of the Lord all the days of my life, to behold the beauty of the Lord, and to inquire in His temple” (Ps. 27:4). It’s that one thing. Do you have that focus in your life?

ABOUT US
Sharing stories of outreach, helping Christian leadership discover the ideas, innovations and resources that will equip them to advance the kingdom of God through the outreach efforts of the local church.
Contact us: [email protected]om
FOLLOW US
© Copyright - Outreach, Inc