Home Features Valuing the Poor in Our Midst 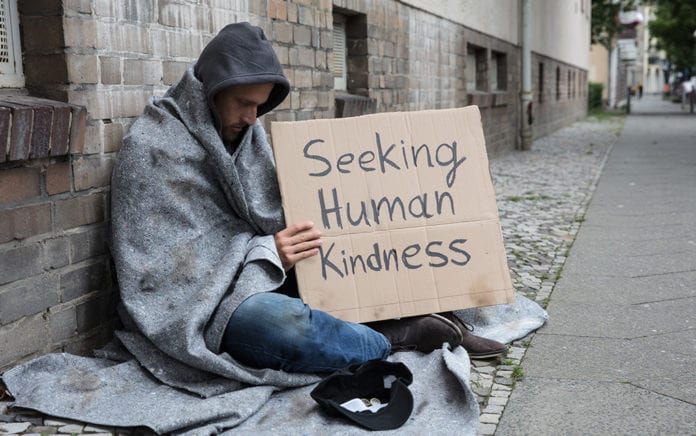 How can we value and include people who are normally outcasts more in the life of the church.

“Pastor, we have a diversity problem.”

I knew where this was going. Her stern, soul-piercing stare told me all I needed to know. She did not mean what you might expect her to mean, but four years as her pastor prepared me for what followed. By “diversity,” she meant people who didn’t measure up to her standards. And she didn’t mean some swath of people. She meant one person in particular was a problem: Shelley.

“She’s also confessed faith in Jesus, which makes her one of us,” I said with as much grace and gentleness as a challenged pastor might muster.

There it was, the real crux of the issue: Shelley didn’t meet the standards because of any number of issues perceived as endemic to poverty in America.

Hindered by a Quiet Classism

While this woman had the guts to say it, I don’t imagine she’s alone in her classism. In fact, American Christianity has a long history of segregation via social strata. Many of our most robust spiritual movements gained momentum only through the good graces of the lowest classes—the First Great Awakening, for instance, would have been nothing without the tired and moneyless throng eagerly listening to George Whitefield’s thunderous voice.[1]

Yet as these same movements gained notoriety and public acceptance, the eager-yet-penniless mass often grew neglected and replaced by the up-and-coming middle class. And given the choice between appealing to the penniless versus well-educated tithers, few Christian leaders chose the former.

Most denominations in America today show signs of imminent drought. To be sure, there are thriving congregations out there, but in the big picture our fruit seems spoiled. At almost every statistical point we’re withering. I wonder if it might be time to take a hard glance at Jesus’ words about fertile land and seeds:

“The seed that fell among thorns stands for those who hear, but as they go on their way they are choked by life’s worries, riches and pleasures, and they do not mature.” —Luke 8:14

A church concerned with the pleasures that come from obscuring the poor cannot truly thrive. It comes to an untimely ruin, choked by going its own way, thinking its own thoughts, going after its own comforts. How many churches worry about their rate of growth? Or their annual budget? Or the things that make them happy—music, coffee, aesthetics? These things we strive for may be the very things choking the life out of us.

The Beauty of the Kingdom Revealed in Shelley

All the same, the ground remains fertile out there in the land of austerity. For Jesus’ part, he encounters a great deal of good soil in the text surrounding his parable about seed-sowing: a woman of great sin (and great love), a woman with seven demons, a tomb-dwelling madman, a bleeding (and therefore ostracized) woman and a dead girl. It’s not exactly a list of ideal board members, and yet, in these misfits the kingdom of God springs into life.

Shelley, no more a misfit than myself, did find a home at our church, though we dealt with naysayers and purity-hawks along the way. Right up until the end of her life she struggled with a plethora of problems, but the gospel always struck her to the marrow. It made her weep and revel in the joy that was hers in Christ. And for every Shelley who has found a home in Christ’s beloved community there are untold thousands wrangling alone with the weight of social disdain and financial peril.

We might think we’ve grown past classism, but I see it every day. We no longer impose social segregation by fiat, but we give it sway when we displace society’s lowest. Think about your own church. When was the last time, between the fog machines and cedar-clapped walls, that your church heard from a Shelley? I don’t mean are there Shelleys that go to your church. I am asking if people of meager means are included in the life of your church. Do they help make decisions? Do they host and attend small groups? Can you find them participating at every level of church life? Or are they relegated to worshipping as seat fillers?

From Outreach Magazine  David Platt: Living a Life That Counts—Part 2

“But,” you might say, “that’s not very realistic. People with the problems that come with poverty are unsafe, unstable and uneducated. Allowing them to participate in that way would be disastrous!” I’m not saying it’s easy. A heroin addict should not, for instance, be in your nursery—church leadership always requires good judgment. But it also isn’t easy including people with problems not necessarily endemic to poverty. We go out of our way for the prideful and greedy crowd. Certainly, we must use good sense in who fills which positions at our church, but one class of person should never be excluded because we perceive them to be difficult to deal with.

Or is the church’s structure engineered to, consciously or unconsciously, exclude them? Is there an unwritten cleanliness standard for your worship team? How much relationship-making happens at lunch after church? For some congregations the after-service lunch is where future leaders are discovered. That’s not an ideal venue for people who cannot afford lunch.

Several years into knowing Shelley she came to me with an idea. “Pastor, we should have an art festival.” I loved it. Artists and non-artists in our little Jesus-community brought depictions of Jesus’ kingdom. Shelley brought two pine cones that she had painted and doused with sparkles. On a piece of paper she wrote in her shaky cursive, “The kingdom of God is beautiful,” and I’d add, “Most so when we include the Shelleys of our world.”

[1] That’s not to say that a more well-to-do crowd didn’t attend Whitefield’s circuit. But they tended to do so with less enthusiasm. The rich often have a reputation to lose by throwing in with new and often misunderstood religious movements. Early on, Whitefield and John Wesley were almost universally despised by the ruling class in England. Wesley’s first real success was among poor and bone-tired coal miners.