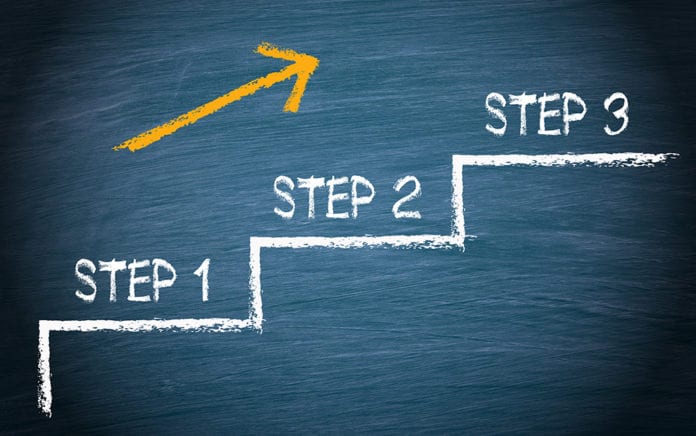 Where is your church on this progression toward being a church-planting church?

It seems for the last four decades or so, church communities have been talking about planting other churches. But much of that time was spent talking without taking action. The difference today is that people are actually walking out the talk. In other words, we’ve moved beyond just the idea of planting churches to actually doing it.

I would like to frame what has and is taking shape with regards to churches planting churches in three phases.

Some churches like to think about church planting. Denominations aspire to encourage churches to plant churches, but often are surprised when they do.

Actually, that’s an ironic part of my own church planting story.

Almost two decades ago, I planted Millcreek Community Church in Erie, Pennsylvania. While in basic training, I remember being told by my denomination that we needed to not only plant our church but also new daughter churches. Thinking this was normal operation, I believed them and that’s what we did.

At the time, and based on our geography, we were isolated and distant from other churches in our denomination. In fact, the nearest viable sister church was two hours away. I assumed that we all would plant a daughter church, since that’s what we were told to do.

But I later found out that most churches and denominations only aspire for church plants to start new churches.

So, ironically, people in our denominational leadership were kind of surprised that we’d followed through on planting daughter churches. One of them told me that they often tell church planters to plant daughter churches, but they are typically a one-and-done kind of church.

Given that we were far from other churches in our denomination, we did not know any better. I assumed lots of new churches were planting other churches. In my ignorance, we did what they encouraged, although looking back it was mainly an aspirational goal—for both denominations and churches.

The good news is that, in many cases, we have moved beyond aspiration into the next phase.

The inspirational phase is where most churches and denominations are now. They are inspired by the good work of church planting they see. They see that there are, indeed, churches planting churches.

From Outreach Magazine  This Innovation Will Change How You Do Ministry

Due to the good work of the Exponential team, literally thousands of people (many who are not yet planting churches) gather to be inspired, and hundreds commit their lives to planting new churches.

At Exponential specifically, they are encouraged to up their church planting game. They are inspiring churches to be Level 5 “Multiplying Churches”—and they explain that such churches have certain values:

1. A scorecard that is as focused on starting new churches as it’s adding new members.

2. Giving their first fruits to church planting, including at least the first 10 percent of their tithes and offerings.

3. Having a specific vision and strategy for multiplication, including accountability measures for monitoring progress.

5. Sending church planters on an ongoing and regular basis to plant new churches.

7. Valuing new churches over new sites. They plant their first church before adding their first site. They commit to plant five-plus churches for each new site they add. Multiplying churches understand that multisite is a strategy than can adversely impact multiplication strategies.

9. Inspiring, encouraging, and challenging church members to participate in church planting, both financially and by being part of church planting teams. Multiplying churches continually affirm those who go.

I love this list and think that churches need this kind of inspiration. While it is difficult for any one church to do everything on this list, just the attempt to do some of what is on the list will move a church from the inspiration phase to the last phase—the actualized phase.

From Outreach Magazine  The Antifragile Church

The actualized phase is still, at least for most, something in the future. Many of us feel the forward momentum and we want to get there, but we are not yet there. This is primarily because arriving at the actualized stage is going to cost something more than many have been or are willing to pay. Simply put, there is no way of creating a church multiplication movement without sacrifice. Churches are going to have to send out some of their best leaders, pastors, and faithful givers.

I still remember when we sent out about ten percent of our church on one Sunday to two church plants. It was both painful and joyful. But this is the practical (and spiritual) hurdle for any church that wants to move from aspiration and inspiration to actualization.

Praise God that many are finally arriving at the actualization phase after years of being patient through the aspirational and inspirational phases. In short, these are exciting days as many arrive at the actualization phase in their church planting emphasis. Behind are the days where there is a lot of talking but no walking. Here are the days of talking and walking as churches, denominations, and networks actively seek out ways to engage in the work of churches planting churches.

What about you personally; your church, your network, your denomination, will you up your game in church planting? If you are interested in church planting, I invite you to learn more and become engaged with our Send Institute for church planting. Also, I think our recent Church Planting Manifesto helps point out some of the hard issues before us that we must address before we see widespread actualization of a church multiplication movement.

We’ve come a long way. We’ve been aspiring for a while, and inspiring even more. I’m ready to witness an actualized movement soon.