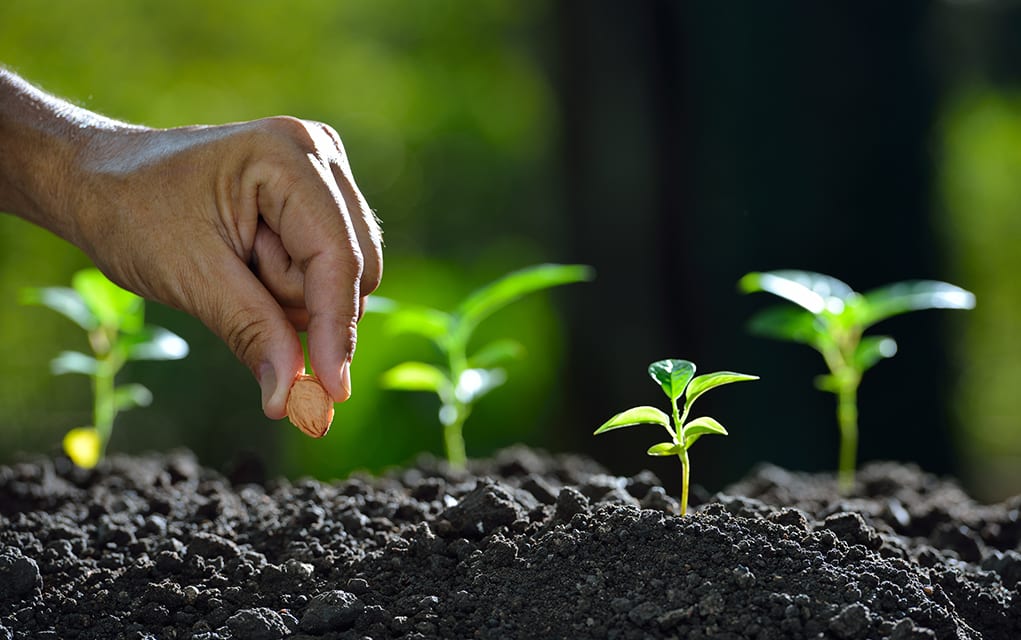 What should church planting look like in the 21st century? Here are 5 truths for discussion.

With his Afro haircut and sculpted beard, he looked more like a pop musician than a church planter. Actually, he was both. He and some buddies were reaching youth in the impoverished favelas of Sao Paulo, Brazil, by offering free music lessons. The young man had come to our church planting consultation to see what he could learn.

As typically happens in these meetings, the young Brazilian church planter taught us some important lessons.

He is one of 436 Latin Americans, along with a comparable number of Europeans, who have joined in one-day consultations organized by the Lausanne Church Planting Issue Network. Since its inception in 2014, the network has brought together church planters, missionaries, emerging leaders, theologians, researchers and denominational leaders in 20 cities of Brazil, Central America, Croatia and Spain to discuss how to be more effective in fulfilling the Great Commission.

Data from written surveys and roundtable discussions reveal a universal interest in planting healthy churches, as well as challenges common to church planters the world over. [1] Consultations have produced a rich blend of experience, achievement, burdens and aspirations. After much sifting and reflection, we condensed this collective knowledge into five simple truths about planting churches in the early twenty-first century, hoping to spark yet more discussion on the issues:

1. The most urgent challenge we face is to make disciples of the next generation.

Church planters across Latin America and Europe have expressed concern about how to make disciples of the next generation. Today’s youth, particularly those in urban, postmodern cultures are not keen on ‘organized religion’. Evangelical churches in these communities are attracting few young people. In fact, more members of the next generation are exiting, rather than entering, churches.

That is the bad news. The good news is that these same young people are more interested than ever in knowing Jesus, and they become his enthusiastic followers if introduced to the gospel. They also prove marvelously effective in making disciples of other postmodern urban youth.

The young pop musician-church planter in Sao Paulo told us, “We tell the kids up front that, while they learn guitar or keyboards, they will also learn about Jesus. They don’t get in the program if they don’t agree to that.”

Eyebrows shot up at this comment. His tactic went against principles taught in missions classes. One must first build relationships with a target group, conventional wisdom says, investing months or even years before “earning the right” to introduce people to the gospel.

“That doesn’t work for us,” the young man said. “You have to tell these kids up-front that you are a Christian and you want them to know the Lord. If you wait to bring it up later, they think you’ve conned them and they drop out.” He then explained that favela kids are actually more eager to sign up for music classes when Jesus is part of the curriculum.

The New Testament reveals how the early church was constituted to carry out the Great Commission. Despite the triple threats of social ostracism, official persecution and internal heresy, the first generations of Jesus’ followers made faithful disciples of their countrymen at a rate unparalleled in history. We believe that a careful application of New Testament ecclesiology today will produce the same astonishing results.

Alan Hirsch cogently argues this conviction in his book, The Forgotten Ways: Reactivating the Missional Church. Hirsch believes we can do church in our day and age like the apostles did in the first century. He then offers five essential marks of biblical ecclesiology to help us recover the genius of the apostolic church:

1. Christ is the Center (God-focused).
2. Christ is continually being reproduced (disciple-making).
3. Christ manifests his love through the members (compassionate communion).
4. Christ works through every believer in the body (universal priesthood).
5. Christ redeems the whole of creation through the church (outward mission).

From Outreach Magazine  How Our Treatment of Prisoners Belies Our Faith

In Lausanne church planting consultations, we ask participants, “Which of these five traits of the New Testament church is most urgent for your national church to recover?”

Responses vary remarkably, depending on different historical and social contexts:

• In Central America (El Salvador, Honduras, Guatemala, and Nicaragua), leaders feel strongly that the church’s most urgent challenge is to make disciples.
• Brazilians, on the other hand, consistently state that they must return Christ to the center of the church.
• In the Balkans, leaders confess that allowing every Christian to take his or her rightful place in the priesthood of believers is a huge need.
• Spanish leaders identify a lack of missional vision as their number one challenge.

3. Every Christian is part the universal priesthood of believers, and shares its responsibility and authority.

In a survey we conducted in Spain, 150 youth ministers shared their ideas on how to reach the next generation for Jesus. They voiced a strong opinion that we need new expressions of church that emphasize everyone taking part in the ministry. They pointed out that young people tend to get bored and leave groups when they are no longer valued as individuals and given opportunity to contribute.

In Alcala de Henares, Spain, a group of eight Christians was frustrated because they were not actively engaged in the mission of God in their city. So, with great care to maintain peace with their respective congregations, they took it upon themselves to rent an empty storefront on the ground floor of an apartment complex in a heavily populated, low-income area of the city. The group initiated activities that employed each person’s unique gifts, such as a scrapbook club, English conversation classes and aerobic workouts for Muslim women. Before long, this group was welcoming 50 non-Christians each week into one or more of their Bible-based activities.

The wife of a church elder expressed her satisfaction with tears of joy: “No one has ever given me an opportunity like this before, to express my faith in ways that go with my motivations and gifting.” Eventually one of the group’s home churches took notice and applauded the effort. At the time of writing, this congregation is considering how to release more of its members to the local mission field, using this pilot project as its model.

4. Christians must collaborate with each other to impact the world.

Jesus in his heartfelt conversation with the Father recorded in John 17 gave us a key to reaching his generation, this generation and every succeeding generation: “I pray also for those who will believe in me through their message, that all of them may be one, Father, just as you are in me and I am in you. May they also be in us so that the world may believe that you have sent me.” (John 17:20b–21).

Many believers today do not understand why there are so many “silos” in the Christian world. Worse yet, they are very confused about why people in these silos do not work together, or even get along with one another. [2]

In 2016, our network held a one-day consultation in Croatia with 25 denominational and mission leaders from across the country. Apprehension about the meeting prevailed, given historic rifts between denominations. In fact, when asked what would be a good outcome of the meeting, one leader answered, “Anything short of drawing blood.”

The meeting went very well, with no casualties to report. However, many were astonished to hear from a local statistician that Croatia has only 178 churches in a population of four million. The rate of growth is five new churches per year.

When challenged to pinpoint what was keeping them from having greater impact, the response was, “It is because we are not working together as one body.” This discovery helped them break the silo trend and build personal relationships with one another. They went on to form a national church-planting platform with a shared vision to reach Croatia.

Over the past decade, scores of grassroots church-planting movements in Europe have broken out of the silos that separate the Body of Christ. We have identified common elements in these collaborative networks that lead to success:

5. Networks build unity in the body of Christ.

Lausanne is teaching us not to confuse the globalization of Christianity with unity in the body of Christ. The astonishing growth of world Christianity in this generation is occurring in many diverse cultures and draws from divergent theological traditions. The “northern church” in Europe and North America operates in a world fundamentally different from the “global South,” where indigenous churches are thriving. Wesley Granberg-Michaelson writes,

“The theological gulf between these two worlds has widened even as Christianity’s center of gravity has continued its journey toward the global South. … In my judgment, the gulf between these two worlds now constitutes the most pressing challenge to the unity of the church in the twenty-first century. … This underscores the urgent need for new networks of relationships to be built. These networks need to be intentionally created in ways that cross the divisions of geography, theology, institutions and generations. Hopefully, such networks could multiply in diverse, growing ways. [3]

Church planting networks are one class among many collaborative movements coalescing around the Great Commission. Some of these networks are informal and loosely connected, others have been intentionally organized and generously funded. However, whatever their class, it seems these networks are an answer to Jesus’ prayer: “That all of them may be one … so that the world may believe” (John 17:21).

“That the world may believe” should be the goal of every church planter. Granted some new churches today are launched to “plant the flag” of a certain denomination in heretofore unclaimed territory, or to accommodate a demographic group that no longer feels comfortable in its parent congregation. However, Jesus has a different purpose for the church he is building.

The church came into being as Jesus’ disciples multiplied. It continues to exist to make more disciples of Jesus. This is its primary purpose. “Mission was not made for the church; the church was made for mission—God’s mission,” British theologian Chris Wright reminds us. [4]

So if church planting is to be effective in the twenty-first century, church planters must obey Jesus’ first century mandate to “make disciples of all nations, baptizing them in the name of the Father and of the Son and of the Holy Spirit, and teaching them to obey everything I have commanded you” (Matt. 28:19–20a).

This, we conclude, is the simplest truth of all about church planting.

David Miller serves in Bolivia as an itinerant evangelist and Bible teacher among indigenous Andean peoples. Ron Anderson is the catalyst for the Lausanne Movement Church Planting Issue Network, the coordinator for the Spain National Church Planting Process called LaPlazaDelPlantador.com and serves as a consultant for European Christian Mission International. This article originally appeared on Lausanne.org.