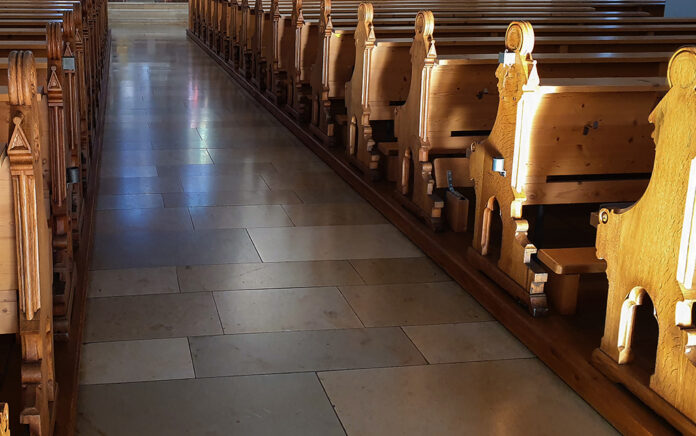 If you define “quiet quitting” as saying “no” to extra work without extra compensation, then it’s hard to push back against simply doing the job you were initially hired to do at the pay you agreed to do it for.

By now, you’ve probably heard about “quiet quitting.” It’s not about actually quitting your job and then trying to keep quiet about it. It’s about coasting in the job you currently have. Advocates see it as “looking to draw firmer work-life boundaries after two years of pandemic overtime.” In other words, no more burnout.

Critics, such as Arianna Huffington, write that quiet quitting “isn’t just about quitting on a job, it’s a step toward quitting on life.” Or as Kevin O’Leary, co-star on ABC’s “Shark Tank” and chairman of O’Shares ETFs, said in a CNBC video essay, quiet quitting is a horrible approach to building a career: “You have to go beyond because you want to. That’s how you achieve success.”

If you define “quiet quitting” as saying “no” to extra work without extra compensation, then it’s hard to push back against simply doing the job you were initially hired to do at the pay you agreed to do it for. But if it means coasting through life, then I agree with Huffington. And the idea of “quiet quitting” began as people posted videos of themselves on Instagram and TikTok talking about how to slack off on the job.

The entire debate (and there has been nothing quiet about the differing viewpoints) got me thinking about how it’s not just individuals who can quietly quit, but also churches. And here, there can be no debate on the merits of doing so. For a church to quietly quit – to coast, to do the bare minimum, to refuse to engage the mission with every fiber of its being – would be unthinkable.

There is simply no intensity.

And Jesus has no stomach for churches that are not being intense.

The last of the seven letters to the seven churches in Revelation was sent to Laodicea. It was a wealthy city that was known for producing the finest clothes in the world as well as for its medical school, which had invented an ointment that helped clear up many issues related to vision.

But for all they had, they were also known for one thing they did not have—their own water supply. It had to come to them through a series of viaducts and pipe ways across at least six miles, and then it came from a series of hot springs. By the time it got to them, it was often still lukewarm, and unless it was treated, it was disgusting to drink. So disgusting that it would make you retch to drink it. If it had come hot, it could have been useful for bathing, and if it had come cold, it could have been used for drinking.

But lukewarm was good for nothing.

This gives background to the following words of Jesus: “I know all the things you do, that you are neither hot nor cold. I wish that you were one or the other! But since you are like lukewarm water, neither hot nor cold, I will spit you out of my mouth…. So be diligent and turn from your indifference” (Revelation 3:15-16, 19, NLT).

The indictment from Jesus is: “You are neither hot nor cold. You’re not on fire but you’re not dead. You’re not a passionate world-changing believer nor a devout atheist. You’re just kind of in the middle—safe, warm, comfortable.”

And it made Jesus want to vomit.

Yes, vomit, which is what the word “spit” literally means in the original Greek language. And the people who heard this knew exactly what Jesus meant. It was the phrase used among themselves about their water supply. Jesus is saying, “That’s how you make me feel when I look at you, when I drink you in.”

So as we continue our current debate about whether “quiet quitting” is about burnout or just slacking off, let’s agree that when it comes to the mission of the Church,

… the lukewarm nature of quietly quitting isn’t an option.

Kathryn Dill and Angela Yang, “The Backlash Against Quiet Quitting Is Getting Loud,” The Wall Street Journal, August 25, 2022, read online.