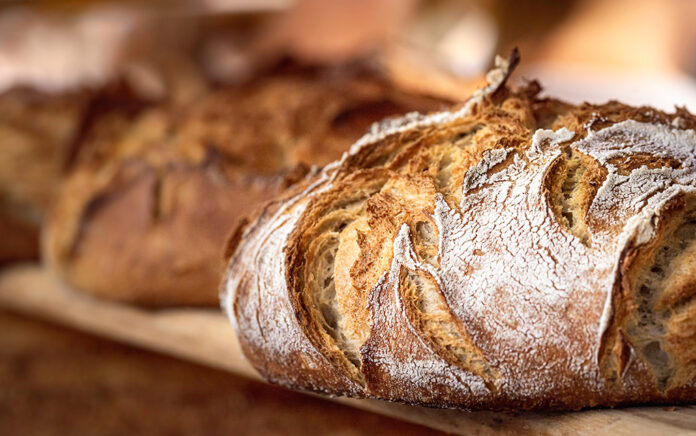 Picture a flock of sheep in a green pasture. What do they normally do there? They eat. When a sheep lies down in a green pasture it can only mean one thing: he’s full. In fact, he’s so full that he has no more desire to eat and lies down.

Picture a flock of sheep in a green pasture. What do they normally do there? They eat. When a sheep lies down in a green pasture it can only mean one thing: he’s full. In fact, he’s so full that he has no more desire to eat and lies down. (If you’re taking a nap in front of the Golden Corral buffet, I’m assuming—among other things—that you aren’t hungry.)

When David starts Psalm 23 with, “The LORD is my shepherd; I shall not want. He makes me lie down in green pastures. …” he’s saying that he’s so full that even in the presence of what others would call food, he doesn’t feel compelled to eat. His soul is full from feasting on the presence of the Shepherd. God’s presence is, for David, a satisfaction that no green pasture can ever supply.

This isn’t just a David-thing, though. In the wilderness wandering, God fed the children of Israel with manna, a small cracker-like substance that magically appeared on the ground each morning. And they could only gather enough for one day because it went bad overnight (except on the Sabbath when it would stay good for 48 hours). The Israelites couldn’t keep any of it in the freezer for later. They couldn’t mix the leftovers into a casserole and call it manna-cotti or keep some in the pantry to make a batch of manana bread or peanut butter and manana sandwiches.

From Outreach Magazine  Discovering Your Purpose in God’s Kingdom

Later, in John 6, when Jesus fed the 5,000 with the five loaves and two fish, he explained that the manna the children of Israel ate in the wilderness was a foreshadowing of his presence with people through the Spirit. He said, “My flesh is the bread that came down from heaven.” And when we feast on him, we can be full—even in the wilderness, when our bellies feel empty.

When Jesus himself wandered in the wilderness, after fasting for 40 days and nights, Satan appeared to him and tempted him to … what?

To turn the stones into physical bread.

And how did Jesus respond? He quoted a verse from the Deuteronomy about manna: “Man shall not live by bread alone, but by every word that comes from the mouth of God,” saying that in our time of wilderness wandering, when we’re in a place that lacks normal bread, we can feast on a better kind of bread—the satisfying bread of God’s promises and presence.

This article originally appeared on jdgreear.com and is reposted here by permission.