Home Features Are You Leading Your Church Back to Egypt? 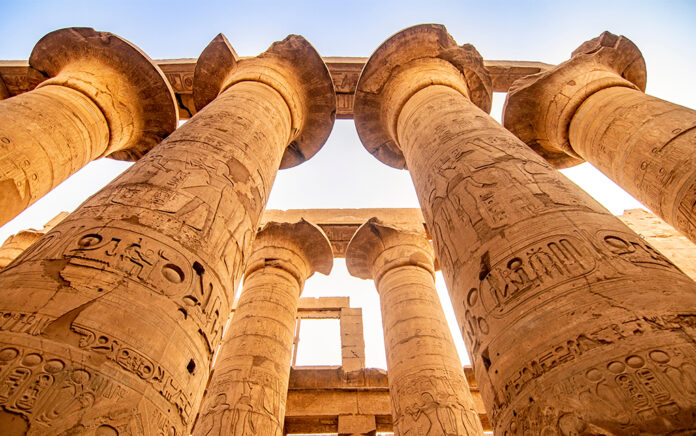 “And they said to each other, ‘We should choose a leader and go back to Egypt.’” —Numbers 14:4

If you know the story behind the verse above, you know how unbelievable that statement is: “Let’s go back to … Egypt.”

You can read the story in Exodus and Numbers for yourself, but basically, for generations, the nation of Egypt forced the Hebrew tribes within their borders into slavery: literal, horrific, violent, oppressive slavery. But now, God had rescued them. They were free for the first time in 400 (!) years.

So why would someone even think, much less say, what they did in Numbers 14?

Well, they had been through such trauma under the oppression of Egypt that when they first encountered real hardship without their former masters, their first instinct was to return—much like a battered spouse finds it difficult to leave the familiarity of their situation rather than face the uncertainty of striking out on their own.

God, of course, had other ideas for his people.

Their freedom was essential—not just for themselves, but for the sake of what God wanted to do through them. God simply couldn’t have his gospel be under the rod and staff of a Pharaoh in Egypt.

Recall the pre-COVID days, church. Remember those? Remember gatherings and volunteers and giving and attendance and baptisms and all of that stuff? Let’s imagine those days as … Egypt.

Yep. Just go with me here for a second.

Those were the days that we were shackled to a schedule of multiple services every weekend, massive volunteer teams that always needed recruitment and development, building maintenance/upgrades with all of the associated expenses, way too many nights and off-work hours on … you know, all of those things that we tried telling ourselves were “blessings,” but we also privately knew they were tiring us and our people out.

Those were the days that we competed for people’s busyness with church busyness.

Have I lost you yet? I hope not. But in case I have, here’s a quick detour:

I’m not one of those types that trumpets the end of the megachurch or thinks that weekend services don’t matter anymore. I’m not anti-excellence or anti-environment. Like many of you, I tend to roll my eyes at the next big prophetic/idealistic/cultural shift that apparently will change the game forever—COVID-19 included. Nowadays, most churches are reopened and back to their same services and patterns.

Nevertheless, try telling me that a break from all of that pre-COVID burden hasn’t been nice in some ways. Because it has, hasn’t it? It’s been nice to be free from the more oppressive demands of some of that stuff.

Let’s continue the metaphor then.

If pre-COVID was our Egypt, COVID has been our desert.

We’ve been wandering through the wilderness, so to speak. The future has been uncertain; we’re not sure when we are going to arrive or what it’s going to be like whenever we do. Even now as some of us have reopened, we’re becoming aware that we’re not quite to our destination yet.

But God has taught us a few things in this desert, which he always does, lest we fall back into Egypt.

The church’s mission is more than a gathering.

I know, I know, what an incredibly insightful comment! Tell me more about this “mission” you speak of! And it’s more than a gathering, you say?

Sarcasm aside, this is one of those things we all knew, but simply did not care to lead our people into living it out.

What did we do instead? We defined our mission by this:

And, yeah, getting to know your neighbors or building a discipling community of friends or serving your community in Jesus’ name would be “nice”—and Jesus says that we should do those things. But if we were honest with ourselves, our emotions and definition of success rested far more heavily on our people’s attendance rather than them actually walking out their faith in the other six days of the week.

Enter COVID and no gatherings. What happened?

We shifted to delivering the Word and worship online. Parents parented and worshiped as a family (and many of us equipped them to do so!). Our content organically shifted to the home or the workplace as the context for application, because that’s where the people were (and turns out … always are). And boy did we become hypersensitive to all of those “new” people who were hopping on Facebook Live feeds.

But our definition of “worked” was forced to change, wasn’t it? Many of us articulated it something like this: “Even though we’re not gathering, the mission hasn’t changed.”

Right. Because the gathering wasn’t ever the mission, just a tool to accomplish it. And with COVID, it couldn’t even be that.

And when we unplugged from judging success by how one hour in a room felt to us, we were able to instead focus on creating content for the people we were trying to reach and equipping the people who already have been reached.

And then simply trusting God with the rest.

And wouldn’t you know it: We saw our people share our social media posts, or links to our website, or make invitations to watch virtually with them.

It’s almost like we started living out the Great Commission 2020-style instead of the pre-AOL ’90s.

What you attend to grows, but we weren’t really attending to people’s growth.

Instead, we were attending to their … attendance.

Except we just said that the gathering wasn’t the mission, right? So what’s with the discouragement? If the point is to help people take steps toward Jesus and then live out their faith, then we shouldn’t rise and fall on the weekend experience, right?

Here’s a mind-bending series of questions:

Many of us have said this: We reached more people with no gatherings than we did with gatherings.

Of course, as the novelty of the season wore off and we saw those online views dwindle, we got more anxious for the gatherings. But even the lesser numbers rivaled what we would see in attendance. And the stories of how people were living out their faith without a name tag, lanyard or pep talk—pretty inspiring. We need to keep attending to this.

I think this is going to be the most difficult pill to swallow from our COVID wanderings. But the reality for most of us before COVID was this: Even the more “externally focused” of our churches probably spent too much time, energy and effort toward pleasing insiders rather than reaching outsiders and equipping others to do the same.

And, I think God’s done tolerating that.

We paid lip service to reaching people online. Through COVID, God showed us that you not only can, but must in our current reality.

We paid lip service to equipping parents to reach their kids. Through COVID, God showed us that parents really are capable of being better disciplers of their kids (if the church would actually equip them to do so).

We paid lip service to being guest-friendly. Through COVID, many of us got an uncomfortable look at just how guest-friendly we really were (or weren’t) as we got a live look in to some other more guest-friendly churches.

Others of us realized that many of the people we thought were sold out to our church are actually getting inspired and fed by another church. Most of us realized if you provide something that actually hits people for who and where they are, they’ll naturally share it with others. Before it’s a sharing problem, it’s a content problem.

As life returns to normal, and our beloved gatherings meet once again, we cannot afford to make our old mistakes.

There’s no going back to Egypt, especially not after we’ve been rescued from it for the sake of the world.

Which leads us back to the same question God asked the Israelites in Deuteronomy:

What’s in our heart? And will we keep his commands?