Home Interviews Efrem Smith: An Outpost for the Kingdom—Part 2

“Outside influences have shaped the allegiance of God’s people more than the kingdom of God or the authentic Jesus.”

FROM THE OUTREACH MAGAZINE ARCHIVES

Don’t miss Part 1 of the interview, in which Efrem Smith calls churches to put into practice a ministry of reconciliation.

A powerful image came at this year’s Grammy Awards. When Chance the Rapper, who is outspoken about his faith in Jesus, won Best New Artist, the Grammy stage transformed for a few minutes into a worshipful, joyful choral moment with the song “How Great.” Can we expect surprises like that when the kingdom starts turning the world upside down?

Absolutely. I don’t know all the details of Chance the Rapper’s faith, but that moment was so beautiful. Compared to the other messages being sent out that night, he was right-side up, courageous and grateful and uplifting. He not only gave God the glory but practiced it, artistically proclaiming his hope from that stage—very upside down for the Grammys! That’s a great example of an upside-down moment, where the world gets to witness the power of our faith in Jesus. We must look for God’s true work in surprising places.

In the first century, godly men and women proved themselves to be culturally adaptable and open-minded. Think of how unnatural—from a worldly perspective—it was for lifelong, faithful Jews to go to places like Corinth and Colossae, fully accepting these other ethnic and cultural people in the name of Jesus and building reciprocal relationships with them. Paul, the Pharisee, went into Athens, and quoted a pagan poet! I am not convinced that we have their attitude or energy today for that kind of bridge-building. We need to change our thoughts about what is secular and sacred to have those transformative interactions. We could see even greater transformations in our communities and lives, even greater advancement of the kingdom of God. We would see ourselves as missionaries in every sphere of society we go to, ambassadors for God’s kingdom posted in that realm.

But we need to ask ourselves on a regular basis, “What are the ways I need to be careful not to be held captive by the systems in which I serve?” That’s why, in some circles, “missionary” gets a bad name. In the beginning of our country, many of our missionaries and evangelists were held captive by systems like slavery, which clouded our missionary presence and evangelistic efforts. We had to decide if we’d be “right-side” enough to say slavery was wrong, in the middle of an economic system that benefitted from slavery. Fast-forward years later during Jim Crow segregation; to some degree, the Christian efforts of evangelism and discipleship were hindered because the church was held captive by the racial divisions of Jim Crow segregation. Racism was attached to what we were doing, until we were forced to confront if we would be courageous enough to say that Jim Crow segregation—with white-only water fountains and the whole lot—was wrong. To do that, “good Christians” of the South had to risk their reputations, going against a sinful cultural system to try and bring the upside-down kingdom in.

I think, unfortunately, we are at a moment again where the church must be courageous enough to say that we are here as missionaries to our culture, not mouthpieces for it. We cannot surrender the outposts of God’s kingdom to the ways of our nation. We are here to transform. To make disciples.

Pastors have a hard task today. We’re called to preach and teach and equip and empower and release people who may not be quick or open at first to admit the ways that they are enslaved by the systems of our world or nation. To tell someone they’re enslaved—that’s quite a statement. It’s offensive. We can’t kill relational dialogue, but the truth is that I hope pastors and ministry leaders can tell people that they are held captive by the systems and structures of this upside-down world. We can lovingly present that and point them to freedom in Christ. We all want to be free in Christ. We want to be liberated parents and spouses and friends and workers. We want to be liberated and loved children, members of a community where we are empowered with purpose. But the issue is that to be liberated like this, you must be willing to die to the old self, the old system, the things within us that show the reality of our captivity.

So how, practically, do we lead our church or organization through a process of dying to self and working toward renewal?

At World Impact, what helps us is our work with (and our belief in) those who are at the bottom of the upside-down world: the poor, the weak, the marginalized, the incarcerated. Jesus, remember, elevated the least to the greatest in his kingdom. We are about empowering Christian, urban, indigenous leaders.

All the “weak” of our society ought to have just as much right to participate in the Great Commission as anybody else. All of them, who our society so lightly throws aside or mocks or turns away, ought to be empowered to become our Christian leaders: church planters, pastors, evangelists and missionaries in whatever societal domain in which they live. The poor ought to be just as involved in contributing to the flourishing of the church as the privileged and the highly educated.

That is a countercultural idea. It is also completely Christ-centered. It’s what Jesus believed: Samaritan women, and tax collectors, and diseased people and left-for-dead people, and people struggling with demons could be just as engaged in the kingdom as Pharisees and Sadducees and the wealthy. He didn’t just declare it; he demonstrated it. That assisted in getting him crucified.

Christians must ask themselves: “What countercultural, upside-down vocation am I involved in?” The church ought to be a refuge where the divided become brothers and sisters—become family. When Christians are building extended family in ways that dismantle class and race division, it is a tremendous example of living as right-side-up people in an upside-down world.

So how do we become people who can really listen to the voice of God coming from someone we feel is deeply different from us?

People of all economic backgrounds, ethnicities and races must wrestle with the ways we must surrender and die to self. All of us. But, there is an additional level of surrender and humility and generosity that Jesus called the privileged to in the Gospels. To the point where some of the privileged and the wealthy walked away, not feeling that they could live up to what he called them to do. What I say humbly, especially to my white brothers and sisters, especially to my white, evangelical brothers and sisters, is that for reconciliation and transformation to take place at greater levels in this divided, broken world, those of privilege in our society, those who have shaped what people think of as “normative” Christianity around the color of their skin and their ethnic origins, are going to have to participate at a greater level of listening, humility, surrender, generosity and purposeful building extended family across race.

With only a few exceptions, I don’t think you can look at the black church and say that they have refused to be bridge builders across race. The black church in the United States of America, especially through the Civil Rights Movement, has been the most visible, dynamic force for racial reconciliation and bridge-building over troubled waters. I guess, in all humility, I should just say it plain: I think we need greater efforts from our white, evangelical brothers and sisters when it comes to listening, humility, generosity and purposely seeing the blessing of being involved in extended family across race, ethnicity and class.

From Outreach Magazine  Mike Burnette: Building a Church for the Unchurched—Part 2

Can you tell me one story of hope you’ve seen in this area?

One of World Impact’s ministry sites is in Wichita, Kansas. Last year, some of our staff participated in an event in which members of the Wichita Police Department and the Wichita chapter of Black Lives Matter put on a community cookout together. Pastors, community leaders, officers, activists all came together to eat and laugh together. Then at the end of the day, there was a huge circle, where folks from all these different backgrounds held hands, prayed together, cried together. That warms my heart. Because about all we see on TV is young African-Americans and police at odds. The police with tear gas and batons, and the young people in the streets shouting. That’s not the whole story. God is leading people together—sometimes just to have a hamburger together, hold hands and dance. To play games in a park for a day. How powerful.

I travel a lot, and hear all the time from pastors who are saying that people in their congregations are more open than ever before to find a different way of living their Christian life daily. People are wearied and worn out, to a large degree. There are still hard hearts out there—don’t get me wrong—Christians who are stuck in their beliefs and willing to sacrifice brothers and sisters for politics. There are even influential Christian leaders whose remarks from behind the pulpit sound more like political ideology than Scripture, in my opinion. But there is such a desire for authentic dialogue and participation in evangelism, discipleship and all the right-side-up living for compassion, mercy and justice that brings Jesus’ kingdom to this upside-down world.

That call to die so we can live is the heart of the gospel: saying that we have been wrong, repenting and humbly turning to Christ and his body. What’s one first step that leaders can take to do that?

Consider right now: Who is in your inner circle of extended family? Who do you lean on? Who do you trust? Might God want to extend that family so that it is more reflective of the kingdom?

Also, we need more intentionality in terms of pastors and leaders—across race and ethnicity—learning from one another, sharing each other’s stories. Sometimes I get in conversations with my white brothers and sisters, and the first question they ask is something like, “What do you think of President Trump? What do you think about Black Lives Matter?” And you know, it would be better if those conversations started not with what we think, but about our stories. “How were you raised?” “What were the issues about race that were talked about around your dining room table?” “What did your parents think about race and politics?” If we share stories without fear of judgment, those real-life stories build brotherhood, sisterhood. If more leaders across race intentionally developed relationships beginning with their own stories, pain, fears and hopes, we would get much further than by starting with what our president tweeted last night.

We need to start by sharing our own hearts and lives. It would bring greater faithfulness and fruitfulness in the church.

I have such hope for the right-side-up life of Jesus to transform this upside-down world through his people.

But how hard it is when we, his people, are called to be flipped right-side up, first. 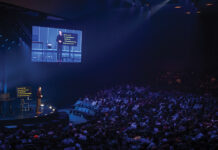 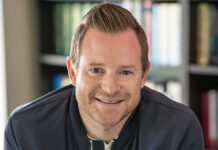