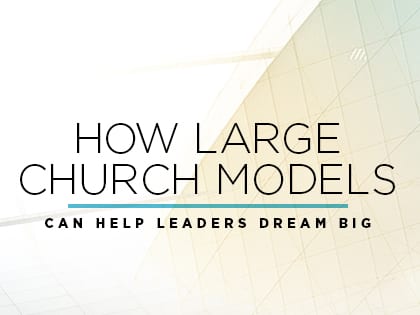 UK Pastor: Growing up in a Megachurch “Shaped Me in Every Way.” So, What’s Happening Now?

One of the biggest untold stories from sizable churches is the positive influence they can have on those they train and send out. The larger the church, the more likely its staff is to be developed from within the membership. If those people have a positive experience in a large growing church, they tend to approach subsequent churches with a different perspective.

Such is the case of Dominic De Souza, whose parents were members at Kensington Temple, a church of several thousand in London, England.

“I grew up there,” he says. “My mum was a core volunteer and so five services on a Sunday were my ‘normal.’ The church’s exciting and audacious vision to make a genuine and positive difference for Jesus across our world was a huge part of my life, and not surprisingly shaped my philosophy of ministry.” As a young adult, he came on staff there in youth ministry and eventually became the church’s director of training.

Dominic’s wife, Catherine, was also shaped by a large visionary church, London’s Holy Trinity Brompton, where she served as a departmental leader for Alpha International. The Alpha Course is an introduction to Christianity pioneered by the church’s current vicar Nicky Gumbel. It’s an evangelistic approach that 27 million people in 169 countries have experienced.

“When you’re in environments like that, you’re not afraid to dream,” says Dominic. That’s what happened in 2009 when Dominic went to a town north of London to take on a church that, like Kensington Temple, is part of the Elim denomination. “Though a small town, we were able to dream bigger and raise people’s expectations of what their church could be and do, something I owe in large part to my time at Kensington Temple and particularly the vision of the senior pastor, Colin Dye,” says Dominic. Six years later, the church had grown to around 400 people.

From Outreach Magazine  How to Welcome Families With Disabilities

Reaching Out in Places With No Christian Memory

Today, Dominic and Catherine are the recently installed leaders at a church in Norwich that had been independent, but agreed as part of calling Dominic to be their pastor to become part of the Elim denomination and to relocate from the outskirts of the city into a more central location. Norwich is the most atheistic city in Great Britain, according to the 2011 National Census.

“We are going to see that turned on its head because God is up to something here,” Dominic says. “We want to see a people who are so filled with the Holy Spirit and the love of God that God literally spills out of us into every stream and sector of society—into business, the media, education, politics and more—so much so that it affects cultural change.”

Dominic believes one of his biggest challenges in Norwich is speaking to a culture that some people call post-Christian. His sense is that the cultural reality is no longer one where Judeo-Christian values can be taken for granted.

“Previous generations understood what Christianity was, even if they chose to reject it,” he explains. “Now many people don’t even understand the basics of Christianity. Some call it post-Christian, but I tend to think of it as pre-Christian. I’m choosing to see this as an opportunity—our generation is still to discover what authentic Christianity is.”