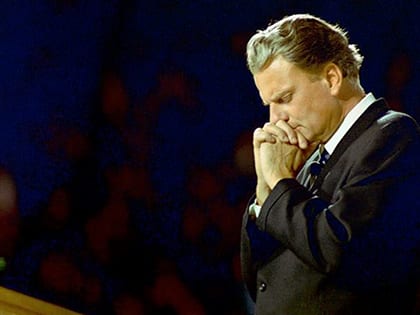 Many leaders, both past and present, spoke out to honor the influential preacher and evangelist.

Billy Graham, the influential preacher and evangelist who helped shape evangelicalism in the 20th century, and reached countless millions with the message of the gospel in person and on radio and TV, died at his home in Montreat, North Carolina, on Wednesday morning, February 21st, 2018. Read more here » He inspired and influenced leaders both inside and outside the church over his eight decades of ministry. Many leaders, both past and present, have spoken out to honor him:

“Those of us who were blessed to know Billy Graham benefited from his deep convictions and personal example, his wisdom and humility, his grace and purity of heart.”
—George W. Bush (43rd president of the United States)

“[Mennonite revivalists] were encouraged by his ecumenical example. We were impressed that he could work beyond his own circles.
My perception is that we lack clarity in how to talk with people of other religions. The danger is that we minimize Jesus rather than present what Jesus has to offer.
While we can respect the values of Islam, we have to emphasize the uniqueness of Jesus. We need to rediscover the primacy of the gospel, so that our ethics come out of walking with Jesus.
[Billy Graham] modeled interdenominational respect, and that needs to happen in a fresh way.”
—Myron Augsburger (Mennonite evangelist, Billy Graham contemporary)

“Billy Graham inherited a faith in the American South that had accommodated itself to white supremacy, but he demonstrated a willingness to change and turn toward the truth. He helped to tear down walls of segregation not build them up. One biographer noted after the bombing of the 16th Street Baptist Church in Birmingham in 1963, Graham told fellow evangelicals: ‘We should have been leading the way to racial justice but we failed. Let’s confess it, let’s admit it, and let’s do something about it.’ Though segregated public meetings were the norm in the South, he met with Dr. King and agreed to challenge segregation before Jim Crow laws were overturned. Though he was initially used by Nixon’s Southern Strategy, he saw the dangers of being a court prophet and stepped away from the religious right in his later life. He challenged the war economy and its commitment to nuclearism in the 1980s. His life was about following Jesus and he knew that meant an ongoing commitment to be changed by love. ‘It’s the Holy Spirit’s job to convict, God’s job to judge and my job to love,’ Graham often said. My prayers are with his family and friends as they grieve this loss and celebrate the life and ministry of the Rev. Billy Graham. While no two theologians or preachers ever agree on everything, let us agree that the Rev. Billy Graham was a gift to many throughout the world. Take your rest, dear brother, take your rest.”
—William J. Barber, II (president of Repairers of the Breach, co-chair of the Poor People’s Campaign)

“At a time when religion seemed so often to get in the way of God’s work with its shopping mall sales pitch and its bumper-sticker reductionism, I give thanks just for the sanity of Billy Graham. For that clear, empathetic voice of his, and that Southern accent. Part poet, part preacher—a singer of the human spirit, I’d say. Yeah, I give thanks for Billy Graham. Thank you, Billy Graham.”
—Bono (singer-songwriter, lead singer for U2, venture capitalist, businessman, and philanthropist)

“When I was growing up, Billy Graham was very popular. He was the greatest preacher and evangelist of my time—that guy could save souls and did. I went to two or three of his rallies in the ’50s or ’60s. This guy was like rock ’n’ roll personified—volatile, explosive. He had the hair, the tone, the elocution—when he spoke, he brought the storm down. Clouds parted. Souls got saved, sometimes 30- or 40,000 of them. If you ever went to a Billy Graham rally back then, you were changed forever. There’s never been a preacher like him. He could fill football stadiums before anybody. He could fill Giants Stadium more than even the Giants football team. Seems like a long time ago. Long before Mick Jagger sang his first note or Bruce strapped on his first guitar—that’s some of the part of rock ’n’ roll that I retained. I had to. I saw Billy Graham in the flesh and heard him loud and clear.”
—Bob Dylan (singer-songwriter)

“At the peak of Billy’s influence, the great need was to coalesce a movement, networking likeminded Christians around the world for the Great Commission. In so many ways Billy’s efforts succeeded—Christians were brought together and the world was deeply affected. … Billy brought the evangelical world together through four deep convictions:
1. He believed in truth and the truth of the Bible.
2. He was passionate about evangelism and doing everything possible to effectively reach out to a fallen world.
3. He modeled civility and love toward others.
4. He believed deeply in the centrality of the church.
Whether self-consciously or not, these were precisely the four pillars around which evangelical faith has been gathered throughout Christian history.”
—James Emery White (founding and senior pastor of Mecklenburg Community Church in Charlotte, North Carolina, and the ranked adjunctive professor of theology and culture at Gordon-Conwell Theological Seminary, where he also served as their fourth president.)

“Billy was my hero and my model. It would be hard to overestimate Billy Graham’s influence on my life and ministry. … As I grew older, it really was his character more than even his preaching that became a model for me, his integrity, his humility, his generosity. I wanted these things in my life.”
—Rick Warren (founder and senior pastor of Saddleback Church in Lake Forest, California)
Read more from Rick Warren »

“The simplicity of Billy Graham’s mission is perhaps what impacted me most. He preached the Gospel, and he trusted the Holy Spirit to convict people’s hearts. Billy Graham was a humble servant of God.”
—John Perkins (author, civil rights activist, co-founder of the Christian Community Development Association)

“If you go back and listen to Billy Graham’s messages, you’ll be struck by their simplicity. He really saw himself, like the Apostle Paul, not as a wise man unveiling religious mysteries, but as a simple herald (2 Timothy 1:11).”
—J.D. Greear (pastor of The Summit Church in Durham, North Carolina)

“A great man of God, Billy Graham has gone to heaven. Heaven is richer and earth poorer as a result. Billy preached the gospel to more people than any person who has ever lived. He was the same man privately that he was publicly. Billy was the most Christlike man I have ever met.”
—Greg Laurie (evangelist, senior pastor of Harvest Christian Fellowship in Riverside, California)
Read more from Greg Laurie »

“Thanking God for one of the greatest men in history. The world is forever different because of Dr. Billy Graham.”
—Craig Groeschel (founder and senior pastor of Life.Church)

“Today, the most influential evangelist in modern history, Rev. Billy Graham, stepped into the corridors of eternity. He preached the gospel, lived with integrity and changed the world. I will never stop being grateful for the impact he has had on my life. May his death, as in life, point all people to the cross of Jesus Christ and his glorious gospel.”
—Samuel Rodriguez (president of the National Hispanic Christian Leadership Conference)

“[Billy Graham] enabled people to forge links with one another and so multiply their ability to change people’s lives through Christ. The impact of these links and connections is exponential, as is the impact of a single life changed through Christ: it connects and reconnects and like a hub spreads out in spokes.”
—Ravi Zacharias (apologist, evangelist)

“Had it not been for the ministry of my good friend Dr. Billy Graham, my work in the civil rights movement would not have been as successful as it has been.”
—the late Martin Luther King Jr. (minister, activist, civil rights leader)

“More than being clever, he was committed to Christ. More than fearing opinions, he was faithful to the gospel. More than wanting the crowns of the world, he wanted communion with Christ. Which is now his forever.”
—Ann Voskamp (author, speaker)

“Billy Graham was a humble servant who prayed for so many—and who, with wisdom and grace, gave hope and guidance to generations of Americans.”
—Barack Obama (44th president of the United States)

“Truly one of the most inspiring men of our generation.”
—Tony Dungy (NFL commentator, former player and coach)

“Just hearing that voice makes me thank God. I cannot count all the people I know who came to Christ through Billy Graham’s ministry.”
—Russell Moore (president of the Ethics & Religious Liberty Commission for the Southern Baptist Convention)

“Tirelessly spreading a message of fellowship and hope, he shaped the spiritual lives of tens of millions of people worldwide. Broad-minded, forgiving and humble in his treatment of others, he exemplified the life of Jesus Christ by constantly reaching out for opportunities to serve.”
—Jimmy Carter (39th president of the United States)

“Billy Graham has gone to be with the Lord at 99. I, and so many friends, have been profoundly and forever impacted by his life and example.”
—Matt Brown (evangelist, author)
Read more from Matt Brown »

“You showed us how to leave the 99 for the 1. Thank you, Dr. Graham.”
—Steven Furtick (lead pastor of Elevation Church in Charlotte, North Carolina)

“There simply will never be another Billy Graham. What a gift of God to this world.”
—Beth Moore (evangelist, author, Bible teacher)

Billy Graham: “Someday you will read or hear that Billy Graham is dead. Don’t you believe a word of it. I shall be more alive than I am now. I will just have changed my address. I will have gone into the presence of God.”

Billy Graham and the Necessity of Mentors »

Rick Warren: How Billy Graham Shaped My Life and Ministry »

Dan Reiland: 4 Leadership Lessons from the Life of Billy Graham » 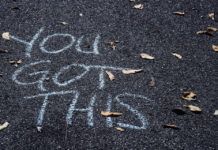 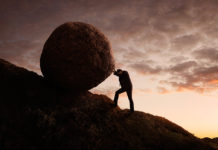