Home Features Race and the Gospel: What Happens If We Forget the Poor?—Part 3 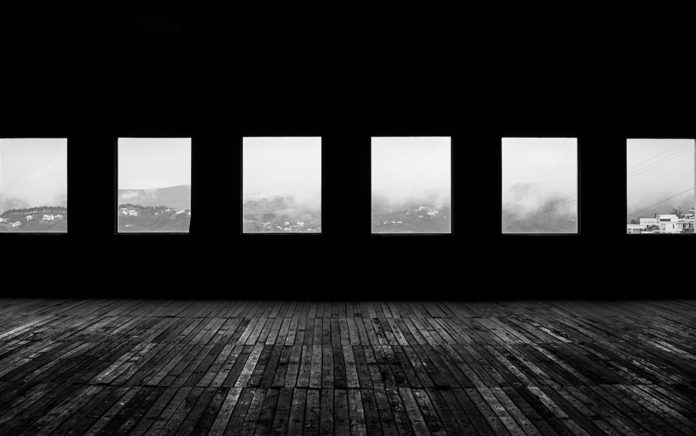 “Heaven and Hell Show Up in the Balance as Jesus Pointedly Discusses the Inability to Separate our Love of Neighbor From our Love of Him.”

The Gospel and Remembering the Poor

Remembering the poor brings up an interesting aspect of salvation as well as a theme throughout Scripture—that we are our brother’s keeper.

Becoming one in Christ means we become brothers and sisters in the family of God. And the intimacy of brotherhood and sisterhood certainly can’t come without the familiarity of story and context. If we don’t know the story of others, how can we be united in our love for them?

This has been one of the lasting legacies of race in America, and we have not told the truth about the story or been willing to listen to its nuance.

Our response has typically been that of Cain when asked by God about his brother Abel. Cain’s claim that he is not his brother’s keeper, in many respects, sets up the balance of the rest of Scripture where God seems to declare again and again that “Yes! You are your brother’s keeper.”

There are many aspects of our history of race in America that I have found helpful in exposing the lack of knowledge or empathy in white evangelicalism toward its pernicious and lasting effects. Some of these include:

* The church’s role in giving legal legitimacy to taking lands, as well as a moral imperative and motivation for the program of trying to “civilize” first nations people in the history of colonialism.

* The Federal Housing Administration (FHA) and the racist policies that were created that helped millions of Americans get loans and purchase homes before and after World War II while denying the same opportunities to minorities and certain immigrants—all the way into the 1960s. What built wealth for most of America robbed it from some of its most vulnerable, all the while shaping America’s big cities into the segregated cities they are today.

* That 90 percent of African-Americans fled the South in what is known as the Great Migration that flowed strongly up through World War II. The Great Migration, as I’ve heard Bryan Stevenson rightly criticize, was not a migration like that of birds who fly north when the weather turns, but rather a refugee exodus from a hostile state with state-sponsored terrorism and segregation. And these refugees from the South were not readily welcomed in the North where Jim Crow laws didn’t hold sway; in fact, there were many race riots, murders and widespread destruction of property as violent expressions aimed to keep these new populations from moving in or assimilating with existing groups.

From Outreach Magazine  How to Discern the Will of God

But one of the most extreme forms of race history that is neglected in the telling of America’s racial story is the subject of convict leasing.

Convict leasing was a way to take primarily African-American labor into a legal form of custody through frivolous laws such as loitering or vagrancy. The constitutional amendment that outlawed slavery had, of course, left a loophole in the form of being able to control and bind the freedom of incarcerated men or women.

After the brief period following the Civil War known as Reconstruction, the South quickly concentrated power in the white establishment, which led to the widespread taking in and leasing out of convicts. This forced labor was, in historian David Oshinsky’s words, “worse than slavery.” With a renewable workforce, many were worked to death in this system, including children documented as young as 6. At one point during the period of convict leasing, the mortality rate was more than 40 percent in the state of Alabama. Can you imagine such a thing?

Alabama had the largest system of convict leasing, and Tennessee Coal, Iron and Railroad Company was the greatest user of forced labor. This period lasted up to the Great Depression, and, in many ways, was the precursor to the modern problem of mass incarceration. Not only was the human toll overwhelming, but also the correlation between convict leasing and the economic rebirth of the South is so strong that Oshinsky says, “The South’s economic development can be traced by the blood of its prisoners.”</>

I once taught a student at Kilns College who found out that one of the primary beneficiaries of convict leasing in South Carolina was the benefactor whose name was on his high school, the street on which his Baptist church was built, and, correspondingly, the name by which his church is identified.

Again, this was done in the Bible Belt of America with some of the “best” citizens profiting the most.

And it wasn’t just back then. The fact that the United States has 4.4 percent of the world’s population but 22.2 percent of the world’s incarcerated men and women should make us wonder why our Christianity has been so punitive in nature, or why those in power can so easily dismiss black and brown bodies. Is it any wonder that we fight so hard to say that the gospel of Jesus Christ only has something to say to the salvation of these people rather than something also to say to the systems and structures that have ensnared, enslaved, often wrongfully convicted or inequitably sentenced them? Might Jesus care about our complicity in failing to care about restoration for those in our penal system?

What needs to happen to jar us into realizing that the picture we have is actually incorrect or woefully deficient? When we think we know the story, we freely render confident decisions based on our presumptions. Our way of interacting with race and the people we encounter daily will not—cannot—change unless our mental picture of reality is challenged, rebuilt and expanded.

The pursuit of equality with our brother is a necessity. The rich or self-righteous can attack their brother as Cain attacked Abel, or, as in the parable of the Good Samaritan, ignore him; but the truth remains that we are our brother’s keeper.

Next up: Part 4:
How Can We Move Beyond a Broken Witness?