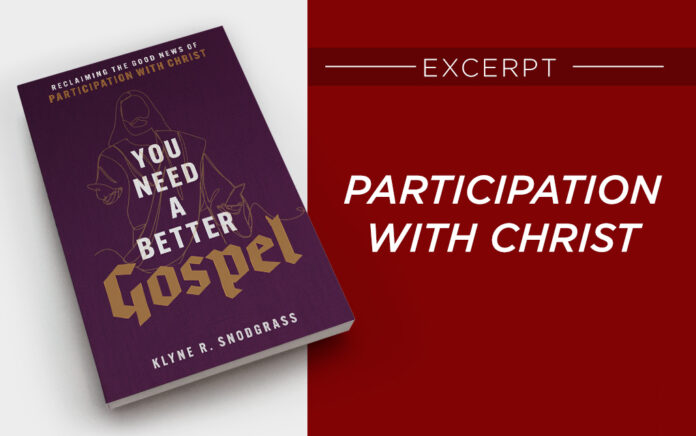 If the gospel message is “God just wants you to be happy,” then the gospel has failed the huge portion of humanity who suffer immensely.

You Need a Better Gospel

Nothing is more harmful than when one mistakes and deceives oneself that one believes and understands the gospel well.

Martin Luther’s warning is a caution for all of us. Modern Christians have not come close to understanding the gospel well. For many people the gospel has been truncated into an insignificant add-on and is not grasped as the life-shattering, life-transforming, life-re-creating reality it is. How easy it is to pervert the gospel into something we like or can control! The gospel has been simplified into an irrelevant message about saying the right words so you can go to heaven, even though the Bible has relatively little focus on going to heaven.

If the gospel message is “God just wants you to be happy,” then the gospel has failed the huge portion of humanity who suffer immensely. If the message is about prosperity, if it is the “health and wealth gospel,” again the gospel has failed most of this troubled world. But the health and wealth gospel is a fraudulent gospel trading on not half-truths but minimal truths. That Christians can be so unthinking in this and other ways is a huge embarrassment. Christians should be the most thoughtful and discerning of all. No scholar or serious Christian sounds like the media preachers and teachers. They know better. They know the gospel is much deeper and much more engaging.

Does the church have a word for this troubled world? Granted, the church is itself often troubled, neither living up to its message nor even explaining its message well. We all know that in the church, self-centeredness can be just as dominant, marriages can fail just as much, and people can bend justice to serve their own needs just as much. If the church is not going to be different, why should anyone bother?

It does not take a genius to know that the church has this wonderful message from and about Jesus but fails to live up to it. Especially in our day, even the word “evangelical,” a word that focuses on a commitment to the gospel, has been distorted beyond all recognition, not least in support of political agendas. People claim the word “evangelical” but have no sense of what it really means, which is a tragedy. Neither of our major political parties deserves a great deal of respect, but why did many evangelicals—so-called at least—rush to support someone who with words and actions violated nearly everything they say they stand for and, in the process, desecrate the name of Jesus?

We have a problem. The Christian gospel has been highjacked, subverted, and rendered simplistic for all kinds of self-serving purposes. What is offered in many churches is an embarrassment. If we do not recover the real gospel, we are in danger of rendering the church absolutely irrelevant, a process that is already underway.

However, I am not attacking the church, for in spite of its foibles, with the church there is always a chance, always a hope, for something different. I am calling the church to take back its own gospel and to do justice to its own message. If Paul’s Letters, such as Galatians, mightily resist any perversion of the gospel, should we do less?

In many churches the customary language for becoming a Christian is “to ask Jesus into your heart,” but where did we get this language? It does not occur in the New Testament, and the one text that sounds like it (Rev. 3:20) is actually addressed to Christians. This language is not entirely wrong, even if it is not explicitly very biblical, and if people really understand the significance, it can be useful. On the other hand, it has been so trivialized and truncated that it borders on being useless. For years I have been telling Christians to stop telling people to invite Jesus into their hearts. It is marginally biblical, and it is not working.

The emphasis on making a decision so one can go to heaven assumes the gospel is more about going to heaven in a security blanket than about life with God now. This has led to gross distortions of the gospel. God is moved to the margins of life, since the “big issue” is settled, and we can pretty much go on as before. But the nagging question “Did we do enough?” and the lack of anything truly significant lead to the heavy emphasis on eternal security in some traditions. “Once saved, always saved” is supposed to be a comfort, but it is more an attempt to prop up a weak view of the gospel. I have no doubt about God’s being faithful in saving, but there can be no comfort in believing an illegitimate gospel that does not produce transformation in one’s life. Decisions are important, but response to the gospel is more than a decision. It is a life. Conversion is an ongoing process of life with God, as the New Testament emphasizes repeatedly. Proclamation of the gospel has often neglected this and has been too abstract, too simplistic, too individualistic, and just wrong.

The root of the problem is the erroneous, anemic, and weak-kneed understandings people have of the word “faith.” “Faith” is viewed as a mental activity, and a passive and inactive one at that—“Just believe; you do not have to do anything.” Faith is not mental activity; it is life activity. It is not about checking a box for a ticket to heaven. How did anyone ever conclude from the New Testament that you do not have to do anything?

What will place us back on track? We need better, more helpful, and more powerful language—specifically the language of participation with, solidary with, and attachment to Christ. I want to argue for a gospel of participation, a gospel that leads to an involvement with Christ that does not allow passivity and that makes sense of Christ’s death and resurrection and their importance for us. “Participation” is the language the church should be using when it speaks of the gospel, for the biblical message, especially in the New Testament, is about a relation with Christ that binds us to him, involves us with him and his purposes, engages us in his work, and delivers wonderful outcomes.

Do people really want that? Each person will have to answer for himself or herself, but that is what Christianity is about. Faith is participation with Christ, not merely thinking about him. Having an opinion about Christ or holding some doctrine about Christ is not faith in Christ. Believing certain ideas does not make you a Christian. Being joined to Christ and taking on his character does.

Excerpted from You Need a Better Gospel by Klyne R. Snodgrass, ©2022. Used by permission of Baker Publishing. BakerPublishingGroup.com.