Home Resources 3 Signs a Church Would Rather Die Than Thrive 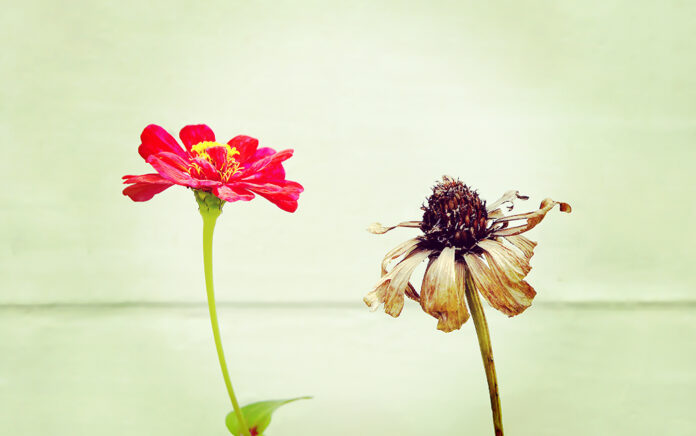 Facing post-pandemic realities, many local churches find themselves in situations where they either change or die. The results of dwindling attendance, lack of community engagement and declining numbers in most categories are warning signs that the church is unhealthy. But time and time again, when confronted with real-time data compiled by the church leadership team, church members disagree with the data.

There are three warning signs that I have seen repeatedly that tell me whether a church is more willing to die than to thrive.

In many aging or dying churches, members are experiencing so much change in their personal lives that change in the church is the one area where they can push back on and might win. Members who have spent decades in the same church have had their families grow up and move away, the neighborhood change around their home, careers come to an end, and their bodies not allow them to do what they used to do. However, when they walk into the church, it still smells and looks the same decades on. They can still sit in the same pew and sing from the same hymnal while feeling for a few hours each week that they are in their safe place.

Change, small or large, in this instances becomes the enemy, not because of what is changed inside the church, but because it is another reminder that they are losing control of what was familiar, and that is painful. As they grieve the losses, they begin to fight back against change in the church by withholding tithes, voting down improvements and refrying the pastor after each service with their friends.

As change seeps into the church, long-term members feel the power base shifting. At all costs, these powerbrokers will use their positions of authority on the church board and longevity inside the church to put up roadblocks to stop the progress made inside the church. If they could step back and evaluate why they are feeling this way, they would realize that it is a fear-based emotion rather than their spiritual nature driving the decision-making.

In this stage of pushback, many pastors and new church members leave the church because they feel that God is stunted, while the long-term members think they are saving the church from usurpers trying to destroy the church. They feel justified as they sacrificed for the church in the past, and they will not allow any pastor or person to take down their church, even though the new leadership is trying to build off the hopes and dreams of the past.

As growth begins to take hold in the church, fear sets in for long-term members. Change threatens the identity of who the church once was. In turn, longer-term members find fault with whoever or wherever change is coming from inside the church—directing their anger at the pastor or new families who have come into the fellowship. Instead of celebrating the church’s growth, they take an unhealthy view of the developments and see it negatively. They are projecting their fear onto a person by talking about them, debating them or ignoring their overtures until the other party is discouraged and leaves the church. This formula of negative attacks and power struggles has driven out countless numbers of strong leaders and families who God placed in their midst to help save the church.

What could have helped the church growth becomes a hindrance to those blindsided by the perceived threats of new people and ideas coming into the church. While members may have wanted development, the cost of growth is too high a burden, so they fight the transition at every step, hoping to stop the change or at the very least slow down the transition. This inward focus decision-making keeps the church needing them and chasing out new ideas and new people simultaneously, thus accepting the death mandate over sustained growth over time.

It is a misnomer to think that age equates to pushback against change. Instead, it is a spiritual and physical mindset that needs to be changed or lessened as change enters the church. Recently a fellow pastor shared the story of an 80-year-old church member who stood up after the worship time to lament the singing and playing of instruments as if she had just attended a funeral rather than a worship service to honor God. While her testimony was rather blunt, she underlined the need for change inside the church. With God’s help, lives can be changed, and churches can live on, winning new people to the gospel.