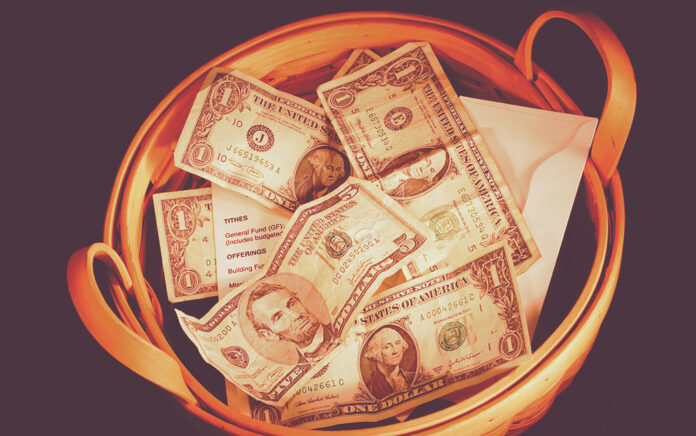 When we live out our faith publicly and share the God stories that have happened while we were faithful in giving, the church will reap the spiritual and then financial blessings of God’s favor.

For the past three years, the church has focused on developing our children and youth programs to attract young families. The balance sheet exposed that the church has done an excellent job attracting new converts to the faith but needs to do a better job developing faithful Christians who become spiritually deep.

Over the last three-plus years, the church has transformed from an older congregation to a younger one. The church has experienced new converts on a scale that has not been seen in decades. The transformative growth has exposed the spiritual pains that our young families are not investing in the church in the spiritual realm by tithing. There are several reasons for this: raising a family is expensive, extracurricular costs and a lack of job advancement to provide higher incomes.

During the pandemic, the church lost a quarter of the young families, and over time they have slowly come back but are not attending as regularly as they once did. However, they bring new energy and ideas to projects around the church when they attend, which has created a much-needed jolt of excitement as we exit the pandemic. As the board shared their thoughts on the finances, they realized they needed to do a better job of investing in these younger families. Part of that was coming from the 40% of the board in the same age bracket of 40 and under, who was just elected to church leadership. While the spiritual development is lagging, the newer board members that fit the same demographic that currently does not give decided to take on the responsibility of sharing their own spiritual development stories with likeminded families. As they plant the spiritual seeds, we believe we will see a harvest if we are patient in developing spiritual leaders for Christ.

Money Problems Are a Teaching Opportunity.

Instead of seeing the giving numbers as a negative, the church leadership saw it as an opportunity to share the God-transformation stories that each board member has seen in their faith as they began to invest in kingdom advancement. As the younger board members shared their shock, dismay and resolve to help lead this turnaround area, as the pastor, I smiled inside as I could see God working in this batch of leaders. In the early part of the discussion, an older board member suggested a tithing series to stir the hearts of the younger families. When breaking down the numbers, if the church could have the families not tithing to invest $80 a month, the church would not have a financial problem. Still, there was robust discussion that it would seem to some that all the church wants is the people’s money or that it would turn off people or even discourage a visitor. That is when all board members agreed to begin talking in their groups of influence to share the need of having everyone give something toward the investment in kingdom building.

The fact that a diverse board of leaders could come to a common consensus on developing healthier givers is a testament to the teaching that had already gone on, and a reminder that when God is leading, he will lead his people forward. While some may say the church should preach harder on tithing, the leaders have shown a new way forward that speaks to the power of developing leaders who can lead without the pastor leading out front.

Money Problems Are a Warning to Future Growth.

At the same meeting, the board discussed the development of a playground for our growing children’s department. On paper, it did not make sense to move forward with it when the church had limited resources and had just spoken for 25 minutes on the lack of tithing. But if the board focused solely on money, they would have lost the faith component and destroyed the forward-looking progress from serving God. Instead of shrinking back, they went forward with the playground, acknowledging that the details needed to be worked out by the committee that oversees the children’s area as finances increased.

While some may say this was an irresponsible use of God’s resources, I say it was sowing into the future by looking forward instead of being frozen in time because of what a balance sheet says today. The board had already agreed to take steps in telling the story of God’s blessing when it came to tithing, and now, they were walking out their faith by saying yes to a project that shows we care about families.

Over time the church leadership believes that as they live out their faith more publicly and share the God intervention stories that have happened while they were faithful in giving, the church will begin to reap the spiritual and then financial blessings of God’s favor. What I have seen over the decades in pastoring the established church is this scenario is played out weekly in countless churches across America but ends far differently. Many churches hunker down and demand funds while stopping the seeding of new projects. What my local church is doing is trusting God, doing the work and seeding for future growth. In the end, only time will tell who is right.