Home Resources Books How to Lead When You Feel Inadequate 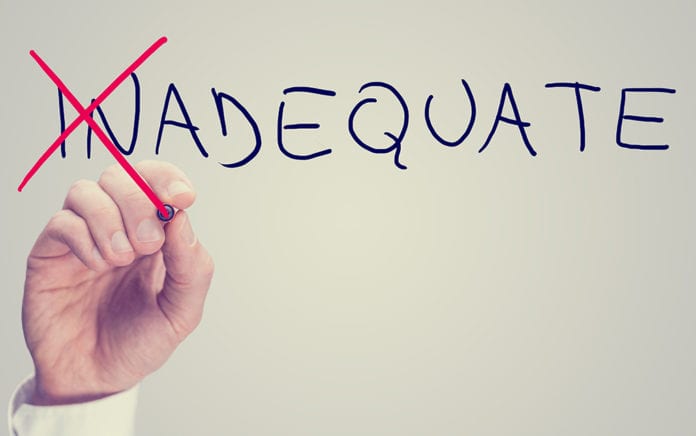 I felt like the person least qualified to lead a Bible study, but I learned an important lesson from the story of Priscilla and Aquila.

I was not blessed with culinary skills, which is the whole reason there were two dozen chocolate iced donuts arranged artfully on crystal platters gracing my table in the first place. It’s precisely because I love people that I purchase food to serve when I host events at my house instead of subjecting them to something I made with my own two hands. We all have our gifts. Mine in online ordering.

The following morning, I was jarred awake by the deafening sound of silence. Usually I’m awakened from my slumber to the sweet but loud chatter of the daughter having full conversations with herself. I normally hear a tiny voice and open my eyes to find her standing in front of my mirror while saying to her reflection, “Hi! I’m just waiting for my mommy to wake up so I can have some bwekfast. Can you help me? You can? Dat’s terrific!”

So you can see how the lack of such noise was cause for concern. Sure enough, my husband and I walked sleepily into the living room, and there was our two-year-old, sitting in the middle of the dining room table with a donut in each hand and the remnants of a dozen others scattered around her. She had licked the icing off of each and every one.

She smiled a chocolate frosted grin at us and cheerfully said, “Oh, hi. I’m a little stinker.”

In that moment, seeing icing smeared across my favorite tablecloth added a bit of unwelcome stress to my morning. It was my first time hosting a Bible study for an eclectic group of women, and I was more than a little nervous. I wanted to lead it well, and I felt completely unqualified. No one ever volunteers me to do things like “head committees” and for good reason. My organizational prowess is limited to the wadded up to-do lists floating around in the bottom of the purse, and the calendar hanging above my desk is currently six months behind.

From Outreach Magazine  How God Preaches to Us—and Through Us

Truth be told, I was unsure if anyone would even show up. That’s why I included the note about free Starbucks on the invitation because when all else fails, you can usually entice people with lattes. That’s my motto.

Even though the care and keeping of a home is not my strong suit, I deeply desire to be a woman who allows for its walls to be a sacred space, a modern day nod in some small way to the brave leadership we find in Priscilla.

The first time we meet Priscilla in the Bible, she is fleeing Rome, where an edict from the emperor had expelled all Jews from the city (Acts 18:1-3). She and her husband, Aquila (how cute are they with their rhyming names?), settle in Corinth, where they befriend a guy named Paul. He comes to live and work with them, and in turn, they host a church in their home.

This might sound insignificant in retrospect, but I’m pretty sure that if I had been exiled and forced to leave my home under threatening circumstances, the last thing I’d want to do in a new place would be to open my house to strangers. I mean, it’s pretty much the last thing I want to do a daily basis on account of my aversion to things like mopping and doing dishes. So I doubt fleeing from an evil emperor would sway me toward hospitality.

But this is almost all we know about Priscilla, that nearly every single time she’s mentioned in the Bible it’s for the act of opening her home. It’s mentioned in Romans 16:5 and again in 1 Corinthians 16:19 when Paul writes, “The churches of Asia send you greetings. Aquila and Priscilla send you greetings warmly in the Lord, along with the church that meets in their home.”

In one letter Paul even mentions that Priscilla and her husband “risked their own necks for my life,” an even for which the entire collection of churches in their region express gratitude (Romans 16:4). (And to think I felt like I was sticking out my neck by sending an invitation! Clearly, Priscilla and I have a ton in common.)

It’s notable that Paul mentions her by name, and not just her husband, as would have been the common practice. Linking them together suggests her significance to this new movement, with a gathering of believers and would-be believers meeting in their home.

The Bible simply tells us that she made space available. She took a risk. And she led from her everyday situation, as the keeper of her home, which she offered up for something she saw as worth more than herself.

Leadership isn’t perfectly organized spreadsheets or standing in spotlights on a stage or even a pretty platter of donuts with the icing intact. It’s not poise or privilege or promise. It’s simply the everyday ordinary of making space for the sacred. Sweeping the floor. Opening the door. Hosting the church.

Kayla Aimee is one of the contributors to The (in)Courage Devotional Bible (Holman Bibles). IncourageBible.com