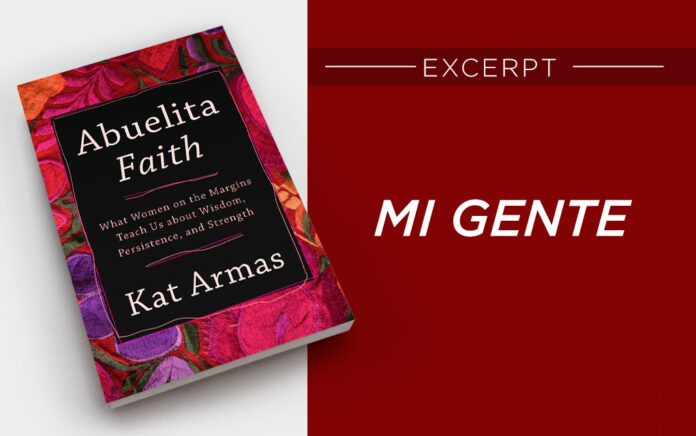 As a daughter of immigrants who was raised in a city of immigrants, I always had a deep connection to mi isla, my island, Cuba. However, before this time, my antepasadas—the women whose shoulders I now stand on, whose experiences live inside my body, and whose sacrifices paved the way for my present reality—had never been a part of the theological narrative in any “formal” sense.

When beginning my research, I didn’t know how far the rabbit trail of digging into the history of mi gente, my people, would take me. While I knew our past was painful, I was naive and eager to take on the task of learning more about it. Back at home, we didn’t talk too much about our history. Sure, we were—are—proud and unapologetically Cuban, but because the details of my family’s past are tender and complicated, they are oftentimes uncomfortable to talk about. There was so much I wanted to learn, however, so I looked forward to understanding the way Christianity intersects with the country that birthed my abuelita and my mother—the two strong and courageous women who raised me.

The first book I picked up was Miguel De La Torre’s The Quest for the Cuban Christ. I left the library that day looking forward to reading about Jesus and my foremothers and forefathers. But needless to say, my excitement quickly dissipated when I read the first page: “Women were raped. Children were disemboweled. Men fell prey to the invaders’ swords.”

I immediately knew this journey would be dark, heavy, and difficult. And the worst part? This was only the beginning of the written history of my people. This information would redirect the course of my ministry and how I understood theology, who I am, and the ways the two intersect.

The story of mi gente involves the story of the native Cubans—the Taínos—being invaded and tortured by Spain. Worse, it tells how Spain would use their imported “Christ” to justify the greed for gold and glory. Spain would exploit and oppress the so-called heathens they encountered in the name of this imported “Christ,” who would support the ethnocide and genocide of the Taínos as well as the forced transportation of hundreds of thousands of enslaved African people to the island. And as we know, ethnocide, genocide, slavery, and forced relocation aren’t isolated to Cuban history but describe the history of Native people across the globe.

Many people generally know that the Jesus they’ve been singing about and singing to—and the beloved symbol of his cross—has historically been used as a weapon of hate, pain, and oppression, but something changes when a person first realizes how deep the colonial wounds truly run. This shift is colossal. Disorienting. What do you do with this information? Many throw in the towel and abandon the whole thing—understandably. The feelings of betrayal can be overwhelming. Others go through seasons of lament, grief, anger. This process has often been called “deconstruction” or a “decolonizing” of the faith—the unlinking of ourselves from a god we thought we knew, from a colonial Christianity, from an imported and imperial Christ. While uncomfortable, the journey from one place of knowledge, one way of being and knowing, to another way of understanding and seeing the world is crucial and even sacred.

Gloria Anzaldúa calls this space “nepantla.” Nepantla is the Náhuatl (an Indigenous group of people from Mexico and Central America) word for an in-between state, un espacio entre medio. The nepantla is the uncertain terrain that we cross when changing from one place to another. It is a space of constant tension where transformation and healing may be possible. Our journeys of decolonizing and indigenizing, of deconstruction and reconstruction are that of nepantla. They are sacred spaces of learning, growing, shifting, becoming.