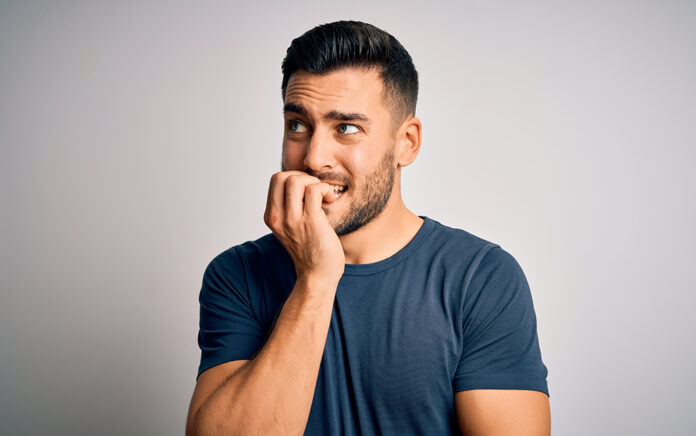 Do you recognize any of these in yourself or your team?

Most leaders I know are struggling in some area of their life or in their leadership on a regular basis.

The last few years have put that struggle into hyperdrive.

Whatever has been left in the leadership landscape has been twisted so badly it’s unfamiliar, and leaders have been left scrambling to find the skills and strategies they need to make progress.

Maybe you’ve read material about how to be aware that you’re struggling or how to get out of it.

But what almost no one talks about is the temptations that come to leaders who are struggling. While “moral” temptations are part of the equation, it’s more nuanced than that.

It’s so easy to get addicted to making progress or at least maintaining the status quo that you’ll be tempted to cheat in ways that seemed unthinkable even a few years ago.

I’ve been through more than a few seasons of struggle—personally and in leadership. And regardless of the source, when you’re in a slump, you’re tempted to cheat in a way you simply aren’t when things are going better.

I’m going to run this article through a set of temptations church leaders face, but you could imagine similar dynamics in almost any endeavor. After all, human nature is human nature.

Here’s what you’ll likely be tempted to do when you hit a season of struggle:

This is a deep temptation for performance addicts and leaders who are used to leading growing organizations.

What do you do when charts and graphs that used to give you dopamine hits start to show decline instead of progress?

An early reaction is to stop looking at them. And that stinks.

Many leaders who track their progress when their organization is growing become immediately tempted to stop tracking it when the growth stops. That’s a mistake.

Even worse, some leaders will start moving the goal posts.

Well, I know we used to track how many new people we reached, but that’s not really important is it? Quality over quantity, I say.

So, let’s be honest, you never used to say that. Ever. And everyone around you knows it.

When you pretend the things aren’t growing don’t matter anymore, you’re setting yourself up to grow even less in the future.

Soothing yourself by moving the goal posts is a terrible leadership strategy.

Another temptation you face when you’re struggling as a leader is to redefine the mission.

Worse than moving the goal posts and changing how you keep score, this means you’ll be tempted to just ignore the aspects of the mission you can’t seem to conquer.

This happens in many ways, but two predominant ways it surfaces in the church is when leaders say they’re about discipleship or when they claim faithfulness.

We’re about discipleship, not evangelism around here.

The best way to get off mission is to redefine the mission, especially when it comes to church.

3. Blame Everyone but Yourself

• The church down the street

Often when you blame others the dynamic at play is you’re in too much pain to blame yourself. Deep down, most leaders know they’re at least in part responsible.

Blaming others is a clear sign of weakness, not strength in a leader.

4. Imagine Yourself in a New Job (or Career)

When you’re struggling as a leader, it’s completely natural to want to escape.

You start to imagine yourself in a new job—any new job will do—and think about how much easier it would be if you did that rather than what you’re doing now.

The challenges with that line of thinking, though, run deep.

First, that new job is going to have its own share of difficulties. No work is effortless. Every team has its dysfunctions. And often the reason the grass looks greener on the other side is that you haven’t gotten close enough to see the brown blades interspersed with the green blades, not to mention the root rot.

Second, you bring yourself everywhere you go. This also means you bring all your unresolved pain, challenges, unhealth and unresolved issues with you. In many ways, leaving a job you’re unhappy with is like leaving a marriage you don’t like anymore. You imagine this new partner is going to be perfect, which is completely not true (see above). And second, you bring all of your dysfunction into whatever you decide to do next.

There are definitely times you might be called to leave. No one stays in a job forever.

You want to quit on a good day, not a bad day. And seasons of struggle are filled with bad days. If you’re not thinking clearly (and you’re not when you struggle), then you’re likely to make a decision you’ll regret later.

Curious as to when it’s a good time to leave? Probably when these seven questions are answered.

5. Slide Into a New Way of Medicating Your Pain

Usually, when I ask busy leaders how they’re doing personally, they admit they don’t take great care of themselves. This is surprisingly true of church leaders too. Often more true actually than it is of business leaders.

When you don’t take great care of yourself, guess what you end up doing in almost every single case?

The alternative to self-medication is self-care. And while the choice is yours, self-care is so much healthier than self-medicating.

But here’s the stinger: If you don’t intentionally choose self-care as a leader, you’ll end up self-medicating.

Naturally, the key to getting out of the struggle begins with recognizing you’re in it.

Understanding what your temptations are makes it easier to avoid making the struggle worse.