Home Features How to Reverse a Decline in Attendance 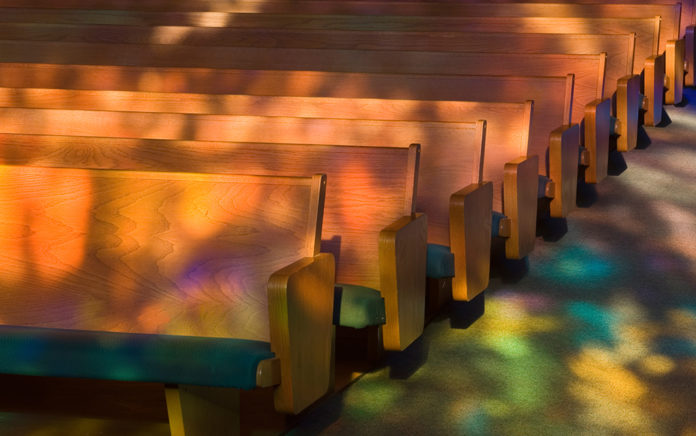 As a leader, you know it’s getting harder and harder to get people to show up in person for so many things these days. Lower foot traffic and declining attendance is a rising problem.

Recently in a 24-hour window, I heard of three well-established retailers who were shutting down all their stores or simply declaring bankruptcy.

In a rapidly changing culture, what used to work doesn’t work anymore. And that’s what’s at stake: The mission dies when the methods don’t change.

Churches have been particularly hard hit. Tony Morgan recently shared that of 14,000 churches who had taken the Unstuck Church assessment, only 15% are growing.

Which means 85% are plateaued or declining.

There are many reasons even committed Christians are attending church less often (here are 10), which means many of the approaches that used to be effective simply aren’t anymore.

For the record, for more than a few reasons, gathering in person still matters in the church moving forward.

So if in-person gathering still matters, what do you do?

Here are six ways to battle back against flat or declining attendance.

Don’t think of these as gimmicks or quick fixes—they aren’t—but as approaches that can carefully and thoughtfully be embraced to point toward a stronger future.

I want to be really careful with what I say here.

So often when the numbers aren’t encouraging. I run into leaders who say they have stopped counting. It’s just too depressing.

That’s NOT what I’m suggesting.

Numbers matter because people matter, and if you’re leading a stuck or declining organization and you’re the leader, well, you’d better pay attention.

But too often conversations about turning things around focus on attendance—as in, What do we need to do to get people back in the building?

And that’s the wrong conversation.

It will lead to gimmicks, shortcuts and quick fixes that might give you a temporary boost, but gimmicks are not the approach to a long-term turn around, let alone to life-change.

Declining attendance is not the problem. It’s a symptom of the problem you’re facing.

A much better question to ask is why people have stopped caring. Take the time to discover why people find your experience, well, resistible.

You’ll discover a lot of things, (like the 10 reasons I mentioned earlier), and you may not like the answers.

But the truth is your friend if you want to make progress.

The reasons can also help you pivot into solutions that will make any list of reasons people don’t come fade into the background.

The hard truth is that some churches and movements are growing. People actually leave their house for certain things, and if they’re not leaving their homes for your gathering, you need to figure out why.

Attendance is the by-product of effectively engaging your mission.

So if you’re not focused on attendance, what do you focus on?

Engagement is a great place to start and probably finish.

From Outreach Magazine  15 Lies Satan Tells You About Scripture

It’s the same at the gym or with working out. Who shows up day after day, week after week? People who are engaged in fitness.

And while you can work out at home, it’s almost impossible to do faith alone. We’re the first generation to embrace Christianity individually, not communally, and in addition to being contrary to any biblical example, it’s part of the malaise we’re experiencing in Christianity now.

So, if you want to increase attendance, increase engagement.

How do you do that? Here are 7 ways to grow church attendance by increasing engagement.

You would think going deeper with your online presence would compete against your desire to gather people in-person.

If you look at most growing churches and many growing retailers, they offer a great in-person experience and a great online and social experience.

Walmart’s winning online, not just in-store. Ditto with Home Depot. I heard former Home Depot chairman and CEO Frank Blake speak last year, and he noted that counterintuitively, the more work they did to improve their online presence, the more in-store sales increased.

If you think about it, that makes sense.

If all you have is in-person content, you disappear off most people’s radar screen for days or weeks at a time.

If you’re present in people’s lives every day, they’re far more likely to engage with you regularly.

If you want to drill down further on how to approach content online, here are 7 ways to get your content noticed more online.

Strategy 7 is deeply underestimated by most leaders.

The key is to make your in-person experience somehow non-capturable online. Sure, you can share it, but you want to shape or craft moments that really work best in person.

If anyone should be good at creating space for transcendent moments, it should be the church. And yet, for the most part, we’re not.

If you look at the churches that are growing, often they’re doing exactly that: focusing more on experiences that you want to be in the room for. (Here are 5 reasons charismatic churches are growing and attractional churches have peaked).

If you offer a completely downloadable experience, don’t be surprised when all you get is downloads.

Few things are dying faster in our culture than impersonal in-person experiences.

Let that sink in for a minute. So many in-person experiences are, well, impersonal.

You’ve experienced it a thousand times in retail. You walk into a store only to have the bored staff ignore you, tell you it’s not their department or point to some vague area in the store and tell you that if they have it, you’ll find it somewhere over there.

Nobody even cares enough to care about you.

That just doesn’t cut it anymore.

From your parking team, to guest services, to the band, to the preacher, to really anyone on your staff or volunteer team, make sure your team is engaged when they serve.

Look people in the eye.

Honestly, the bar is so low in customer service these days it’s just not that hard to be good at it.

Alternatively, here are 7 ways most churches lose guests in the first 10 minutes of their visit.

If you’re looking to create a more enthusiastic, engaged staff team, this will help.

Not only is watching number stagnation or decline frustrating, it’s also often unhelpful.

Looking at overall numbers doesn’t tell enough of a story to be helpful.

Measuring and checking out a few different numbers can help you measure traction better and give you something to focus on.

Here are three metrics that can be far more helpful and will show you if you’re making progress.

As Tony Morgan helped us see, to be healthy and growing, churches should have as many first time guests in a year as they do weekly attenders.

It’s almost impossible to grow if that’s not true. It’s also a sign of whether your people are inviting.

Tony Morgan explains more in this article, but one of the best ways to grow your church is to focus on growing the number of first-time guests. And that’s much easier to do than to simply sit around hoping more people show up.

A second helpful metric is to measure how many people are taking first steps and how long it takes them to do so.

Every church will have a different first step (it might be groups, volunteering, Starting Point, Alpha or an orientation), but the key is to move a first-time attendee from mere attendance to a level of involvement that will help their faith grow. Nothing drives engagement like participation.

A final metric to track is to see how many people have become first-time givers. Once people commit to attending a church, for about a dozen reasons it’s important for them to give financially.

If you move people to first-time giving, you help them not only engage in an important spiritual discipline, you engage them in the mission. Which makes it more likely they’ll not only attend, but bring friends with them.

If you start to see traction in these three areas (by focusing on them), increased attendance is not far behind.

If you’re lagging, focusing on getting first-time guests through the door, helping them take a step and getting them to engage financially will help everyone, including the guest, make the progress they’re hoping to make.