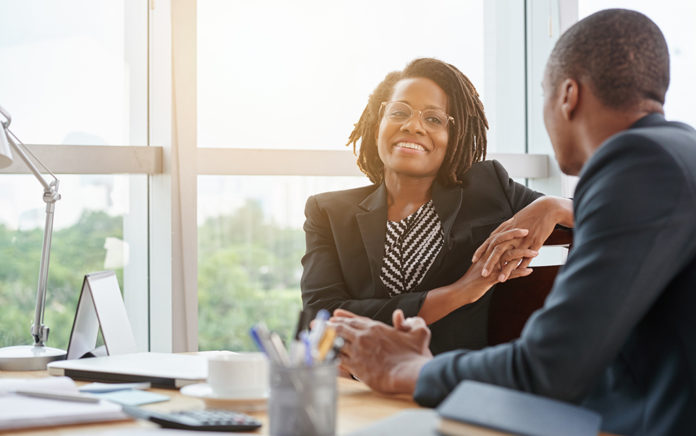 People who feel understood tend to be more passionate about their work.

So you want to keep conflict low and passion high at work.

How do you do it?

Great question, and apparently a needed one.

Gallup says 70% of Americans remain disengaged at work (aka they’re phoning it in). And, curiously, 37% of all job applications are put in on Tuesday, which likely means after giving things one more try on Monday, a good number of employees simply throw in the towel on Tuesday.

People dislike work for many reasons, but near the top of the list are conflict and feeling like no one really cares about them.

A recent survey of 900 leaders I did—CEOs, entrepreneurs, church leaders, teachers, lawyers and others—found the top two things workers desired more of from their bosses were:

1. Relationship—People want to feel better connected to their co-workers and leaders.

When relationships are strained and communication is poor, you see conflict rise and passion drop.

To throw a wrench into an already complex problem, remote work doesn’t make this any easier.

With more and more team members working remotely—everywhere from coffee shops to home office to working from different cities—keeping relationships healthy and communication strong is even more challenging.

It’s all too easy to live by email, app or text in today’s office.

That’s got a list of challenges in and of itself.

Strangely, it’s easy to completely ignore the people you work with, to have very little direct person-to-person communication.

While interruptions can be a problem, poor communication can be an even bigger problem.

In a culture that’s getting lonelier, eyeball-to-eyeball contact is increasingly rare and increasingly valuable.

Sometimes face-to-face contact can be a secret force that makes complicated dynamics work.

Four years ago, I handed senior leadership at the church I founded over to Jeff Brodie, my successor. Succession rarely goes well, particularly when the founder sticks around and still has a role (as I do … communicating).

Unlike most succession stories, ours has gone really well. While there are many reasons we’ve navigated the usual bumps better than most, I think one factor is we’ve made regular, eyeball-to-eyeball communication our default.

From Outreach Magazine  Preaching Through Depression

Once a week for the last four years on Thursday mornings, I drive into the office to see Jeff and spend the better part of a few hours with him. The purpose is mentoring (which he doesn’t need much of—he’s highly gifted and talented) and to discuss my role as one of the primary communicators at our church.

Sometimes we have a lot on the agenda, but often we don’t. What we have fostered is a healthy relationship and friendship that echoes and reverberates through our team and church.

As I reflect back on it, I’m not sure it would have gone nearly as well if we hadn’t defaulted to face-to-face contact.

Infrequent communication and a bunch of texts or emails wouldn’t have landed us nearly where we ended up. As Jeff says, that leads to a transactional relationship, not a personal relationship.

There’s something about regularly being in the room and connecting face-to-face that humanizes relationships.

But, of course, the question becomes, What if you can’t meet face-to-face?

What if you work remote, have a hybrid team of in-office and virtual workers, which increasingly is the future of work?

A few years ago I launched and now lead a new company. We only meet in person once or twice a year because it’s a virtual company—the team is distributed across North America.

So how do you default to eyeball-to-eyeball communication when you’re not in the same room?

Eyeball-to-eyeball works great thanks to apps like Zoom. FaceTime, Skype or any other video platform will also work.

Bottom line: When you see someone, you interact differently. You connect. You catch all the nuances of human communication.

People want to know you care about them. Few things communicate that as well as giving them your full, face-to-face attention.

So what happens when there is conflict—as there will be when humans work together.

How about we start here? Don’t try to solve it by email.

Nothing good happens when you’re angry and you’ve got a keyboard in your hand. Stop typing, start talking. Face-to-face. Human-to-human.

Here’s why that’s a good rule.

Second, it’s way too easy to roll your eyes, mock or emotionally shut down on someone when you’re not actually talking to them.

As soon as the hint of conflict arises, set up an in-person meeting.

From Outreach Magazine  How We Can Empower and Multiply Disciples

If that can’t happen, jump on a Zoom call or, if you can’t do a video call for whatever reason, pick up the phone.

Usually, the problem is solved beautifully in minutes.

Or if it escalates, at least you know exactly what you’re dealing with.

This should be the rule in any workplace because left unchecked, you default to suspicion.

I’m so grateful to Andy Stanley for this insight years ago. It’s become a mantra not just in my leadership, but in my life.

There’s a lot to be cynical about in the world and in other people, and a lot to be suspicious of, but the best leaders choose trust anyway.

First, trust as a default usually works most of the time anyway. A bit of time passes or you gather more information and you realize you misjudged the person or the situation.

A lot of conflict, hurt feelings and lost passion is fueled by misunderstanding and under-communication. Choosing trust helps in almost all those cases.

And if you were wrong, well, you can deal with it. But at least you didn’t waste a ton of energy and burn a pile of goodwill angering everybody over something you were wrong about.

As Andy says, every time there’s a gap in information, you’re forced to choose between trust and suspicion.

When you don’t have all the information, think of the most charitable explanation possible and assume that’s what happened.

Maybe he’s late because there’s traffic or his son got sick this morning (not because he’s lazy or doesn’t care).

Perhaps she didn’t book the tickets right because she didn’t have the right information, or you were unclear, not because she’s incompetent or inattentive.

Ask yourself, Am I believing the best or assuming the worst about my co-worker?

Usually, giving the person the benefit of the doubt solves the problem. Things are not as bad as you assumed.

If you need to deal with it further, see Rule #2 and jump on a video call or a phone call.

Here’s what’s true. Believing the best about your team calls out the best in your team. Assuming the worst brings out the worst.