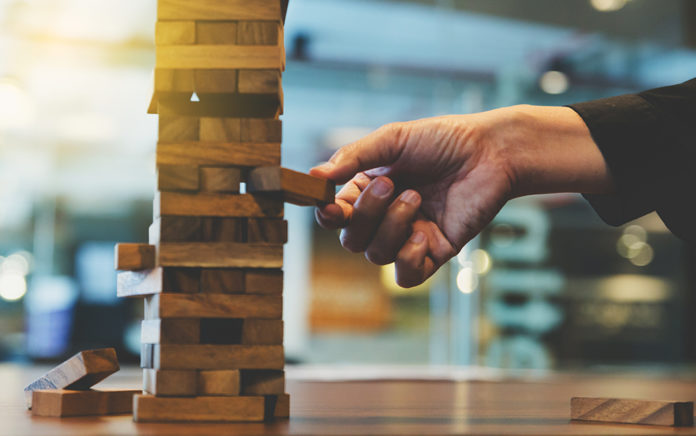 The more you practice overcoming your fears, the more fear you overcome.

The problem with many leaders is that there is a gap between what they want to see happen and the courage it takes to get there.

You dream of a radical new future, but then you answer email all day, go to meetings, inhale caffeine and go home before it’s too late with far too much of whatever-you-did-today (what did I do again today?) leftover for a boring repeat tomorrow.

And if you drill down a little further, you’ll often find that what lurks under the tedium of every day is … fear. It’s just easier to answer email and be in meetings all day instead of making the bold moves you know you need to make to secure a better future.

To put it as eloquently as possible … that pattern stinks.

To accomplish a radically new future, you will have to do radically different things.

This scares the socks off of most of us. After all, risk is for risk-takers, and many of us are not crazy risk-takers.

So the question becomes when you realize fear is holding your back, how do you act? How do you push past your fear?

Small victories over fear quickly become larger ones because like any good muscle, the more you practice overcoming your fears, the more fear you overcome.

THE END OF THE ROAD FOR THE TIMID IS NOT AWESOME

Another way to get motivated to grow bolder in your leadership is to consider the alternative, which is … well … not good at all.

It’s simple. If you fail to take risks in your leadership:

• Your organization will experience few breakthroughs and likely continue down a path to decline and irrelevance.

• You will leave leadership without any sense of fulfillment or accomplishment.

Here’s what’s worse. From a distance, it’s hard to tell the difference between a fearful leader and a lazy leader. Why? Well, while the motivation is different, the outcome is often indistinguishable.

I believe risk-taking is both a habit and a mindset. Take a few steps toward tackling small challenges, and soon you’ll be up for the bigger ones.

At the same time, if you’re a natural risk-taker, you may feel an urge the older you get to rest on your laurels. Don’t.

Even taking risks like the ones below will prime the pump for future change and transformation, which, by the way, is always in season.

After all, the next generation doesn’t care what you did yesterday.

7 RISKS ANY LEADER CAN TAKE TODAY

So, if you want to flex your risk muscle for the first time or the 1,000th time, here are seven things you can do today to get started:

1. Start Something You Don’t Know How to Finish.

This can be truly awesome. Tackling things you know how to do is a sure path to stagnation and eventual boredom.

What’s that project at work that scares the life out of you? Start it. Today. And see where it goes. You will figure it out. You will.

Most people who make a dent in the universe had no idea what they were doing when they started.

Why would it be any different with you?

2. Do What You’ve Been Thinking of Doing but Haven’t Done Yet.

We all have things we’ve been thinking of doing for years that might be doable. But we haven’t started yet.

Just do it. Seriously.

Make the call. Send the text. Clean out that drawer. Write page one of the book you’re terrified to start.

True leaders have a bias for great action, not just great thinking.

Yes, generosity is a risk. Being financially generous when you don’t feel like you have the funds to be generous is a risk.

Being generous with praise when you don’t feel like praising someone is a risk.

In a world where there are a thousand reasons to be stingy, generosity is a risk.

So start by thanking someone who deserves some thanks even if you don’t feel like giving it. Or give some money away. You may surprise yourself at what you get back.

4. Set a Goal You Think Is Impossible to Reach.

The reason you won’t set a daring goal is because you think it’s impossible. Which is exactly why you should set it.

It can be small. When I began seriously and consistently blogging seven years ago, I set a crazy traffic goal of reaching 100,000 page views a year. I thought it would be impossible. But that goal motivated me to write three times a week, week in and week out.

I had no idea that in my first full year of dedicated blogging, I would realize 7x that goal, reaching over 700,000 page views. That was in 2013.

If someone had told me that when I started, I would have laughed. The thought still astonishes and humbles me.

But here’s some truth for you: People who set goals accomplish more than people who don’t.

Yes, vulnerability is also a risk.

Bring a close friend in on a struggle you haven’t talked to anyone about yet.

Get over your fear of telling your team you don’t know the answer (I promise you they already know).

Being vulnerable sets you up for accepting the failure that inevitably accompanies risk—that failure you’re so scared of.

Being vulnerable today will prepare you for a bit of failure tomorrow on your way to greater accomplishments.

6. Give Someone Else an Opportunity You Were Going to Take for Yourself.

It’s a risk to trust others with something you care about, isn’t it? Which is why you need to do it.

Pick an opportunity you were personally going to do and invite someone else to do it. This will not only help you be more generous with your leadership, but this will also position you to create a stronger team moving forward.

7. Take Quitting Off the Table.

When you’re afraid you think about quitting, don’t you?

So take it off the table. Just decide you’re in for the long haul and get moving.

It’s riskier to stay and try than it is to quit and leave. 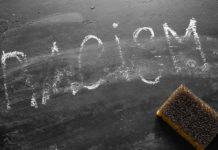 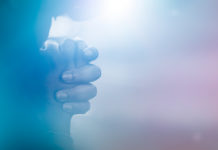