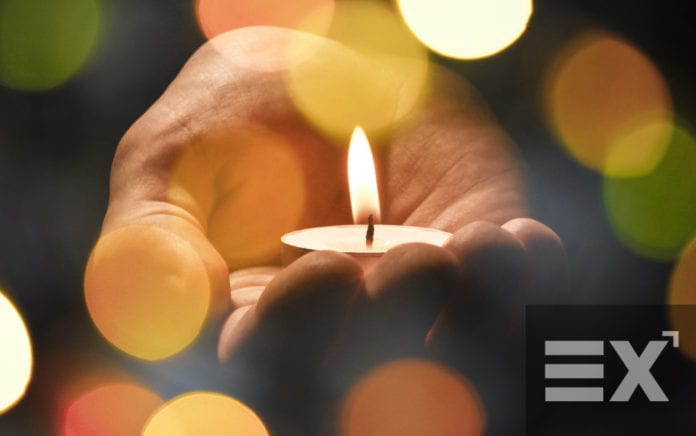 How does our adoption into God’s family change the way we think about our mission?

When you woke up this morning, did you realize that you were waking up as children of light? I want you to take a moment to think about what that means. What does it mean to “shine your light” into the world each and every day?

Ephesians 5:8 says, “For at one time you were darkness, but now you are light in the Lord. Walk as children of light.”

Now, there are three interesting things about this verse.

• There is a reason that the word “children” is used instead of any other word. When this verse uses the word “children,” it means that we are family. Everyone around you is your brother and sister. We are a family that represents life. We don’t represent darkness.

THE CODE OF CONDUCT FOR CHILDREN OF LIGHT

As a family, it is only fair that there is a code of conduct. Whether it is spoken or unspoken, there are rules of operation for every family. When my children became part of my family, I didn’t sit down and read them any rules of conduct for being part of the family. Yet I realized that there was an unspoken one when I heard my first two children, who were adopted while we lived in California, tell this to my second two children as they were joining the family where we lived in North Carolina. They were explaining to them what they learned about my rules about loving light in the house.

I was going up the stairs one day when I heard it. It was the first two kids talking to the other two kids. They were basically giving them the rules for being in the Marshall family. Then, my son said, “My mom’s biggest rule is that she likes light. So if your door is closed, Mom won’t let you close the door and she won’t let you turn the light off to your bedroom.” Both kids ended up saying, “Mama will give you a warning if the door’s closed twice. If it’s closed the third time, then Mama will kick open the door and say ‘We need light. I’m not raising any little serial killers.'”

From Outreach Magazine  Confessions of a Reluctant Evangelical

While it was true, it made me laugh. My first two children said it at the same time, so I know it was true. They also knew what was most important to me, and as brothers and sisters, they wanted to honor that together.

We too have a code of conduct. Being brothers and sisters in Christ, we need to “walk” in the light and go where God has called us.

How many of you have a unique mission field that the Lord has told you to go, but it seems a bit unusual?

Answer that call, because there is work to do beyond the church. For example, I am not a preacher nor will I pretend to be. I am a saved woman in what Exponential would call a “marketplace ministry.” All I’ve truly wanted to do is bring Christ into the workplace. In doing that, I wanted to bring light into the workplace. This was my mission so much that when I retired, my gift was a Bible that said: “thank you for daring to be an Esther.”

Once I thought I was retired, God instead wanted me to be the light in other areas. It was an unusual mission field. I had no plan to become the first black woman CEO of an NBA team. Mark Cuban and I didn’t even know each other when he asked me to be the CEO of the Dallas Mavericks. God called me to this mission because I was known as a person who could bring light to a dark situation.

I simply said yes to the call. Some people think I said yes to Mark Cuban’s call, but I said yes to God’s call. And it led to people on the Today show talking about God on the air for millions to see.

FOUR QUESTIONS TO PREPARE AS CHILDREN OF LIGHT

As children of light, here are four questions I want you to take with you as you go to bring your light into the world.

Are you prepared to go?

Will you invade dark places?

Are you willing to show up and show out for Jesus?

Will you represent our family of believers?

Shine on children, and remember to say “yes” to any unique mission field God has called you to.

Want to go deeper into this conversation? This fall, Exponential is bringing its “Made for More” live conference experience to Washington, D.C., Southern California, the Bay Area, Chicago, Houston and New York City. For information about bringing your team to these regional events, go to exponential.org/events.