Home Features Why Reaching the LGBTQ Community Starts With Relationships 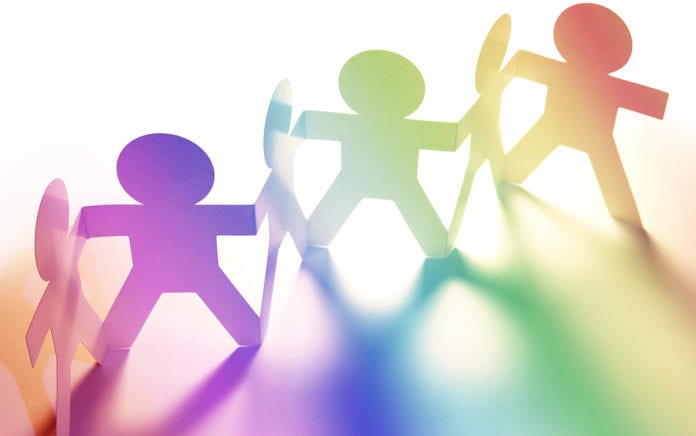 Sharing Christ starts with getting to know LGBTQ people.

How does the love of God, as demonstrated in the gospel, inform how we share Christ to those in the gay community around us?

I think at first, we need to recognize how the world right now is emphasizing love. You’ve probably heard the phrase, “God is love.” And that is so important, yes, God is love, but that’s not all God is.

We need to recognize that maybe there is a difference between a Christian and secular understanding of love. The world says, just kind of be and let be. Is that different from God’s understanding of love that says, “For God so loved the world that he gave his only begotten Son” (John 3:16). That love also means Romans 5, that he loved us, not when we were good, and not when we were in agreement with him, but actually while we were still weak, while we were still sinners, while we even enemies (Rom. 5:6–8).

It’s that understanding of love—that love doesn’t mean agreement, love doesn’t mean that we have to come in line with our political positions or even our agreement on what is right or wrong, but love is transcendent above all of this. That love holds fast between grace and truth.

Sometimes we create a dichotomy between love and truth. And I think that’s actually wrong. There is no love apart from truth. First Corinthians 13 says that love rejoices in truth (1 Cor. 13:6).

Actually love, I think, is the full embodiment of being full of grace, full of truth, as Jesus came (John 1:14).

So it’s recognizing that, but then also not being afraid that we then need to remind people of truth. Because at times we need to front-end grace. Especially when there is a sense of antagonism—not necessarily from our end—but just the perception that Christians hate the gay community, that we are against the gay community.

I think there is some ownership we need to take. Because we haven’t done a good job at expressing grace. We love the phrase, “Love the sinner, hate the sin.” But all people see by our actions is just that we’re hating the sin and we’re not loving the sinner.

I would say as you reach out, I think the best thing is not necessarily an organized effort by the local church to say, “Here we are as First Baptists, for example, and we’re gonna come to save the gay community.” I really think what needs to be done now, especially in light of all the controversy and how we are so polarized, is that we need to really develop a grassroots, evangelical focus to reach out to those right in our lives. Our neighbors, our gay brothers, or maybe a gay sister, a gay aunt, gay coworker. And to then share Christ through those relationships that we already have built. We need to live the gospel before we preach the gospel. Not the other way around.

And don’t be inhibited by the thought that I need to first tell them about their sin, because, honestly, even if we convince another of their sin, and even if we convince them that same-sex relationships are sinful, they can still be lost if they don’t know Christ. So front-end the most important thing, which is faith in Christ. And through all of that, once they believe in Christ, then they will be able to recognize what it means to be a Christian and to live a holy life.