Home Features When Is It OK to Break the Law? 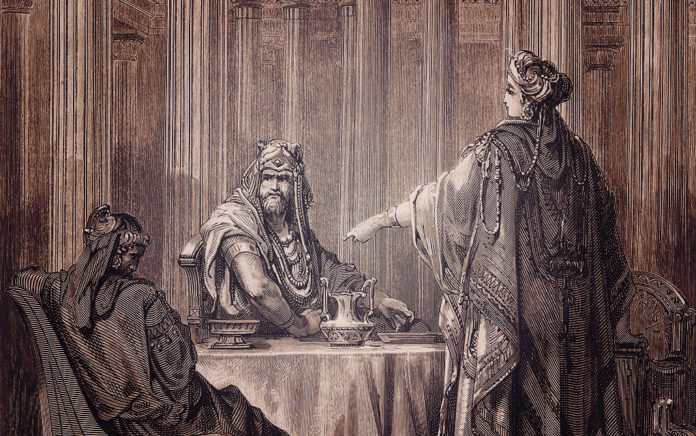 There are times when the laws of man and law of God are in conflict.

In these turbulent times, there’s a lot of talk about whether Christians should be bound by government edicts. Enquiring minds want to know—can we ever break the law in good faith?

Do I HAVE to wear a seat belt or bike helmet?

Do I HAVE to wear a face mask or wash my hands?

Why can’t I wear my see-through Spiderman pajamas at the supermarket?

I’d suggest that as Christians, our ultimate moral guide is not the law of the land, but God’s clear command to love him, and love our neighbor as we love ourselves.

A few historical examples show that the law is a blunt instrument at best, and sometimes a very poor moral guide.

Think of the things that historically we have decided as a society were perfectly cool and legit. Slavery was lawful. The holocaust was legal. Segregation was legally sanctioned. Apartheid was hunky-dory. Yet all were plainly wrong.

Historically, the most terrible things: war, genocide and slavery, have resulted not from disobedience, but from obedience.

On the other hand, heaps of things that are deemed illegal today, are the right thing for a follower of Jesus to do … Protesting against war. Dismantling injustice. Caring for those who are mistreated, such as refugees and asylum seekers …

Pursuing these types of love for our neighbors, may bring us into conflict with the law. Simply put, the law does not dictate our ethics. God does. And as St Augustine said, “An unjust law is no law at all.”

Perhaps surprisingly for some, the Bible is chock full of examples of clashes over laws laid down by unjust rulers. Here are ten examples of civil disobedience straight from Scripture.

1. Gutsy Grannies: The Case of the Hebrew Midwives

In Exodus 15, the vicious old King of Egypt commands the Hebrew midwives, Shiphrah and Purah, to kill Hebrew babies if they are boys. But, in perhaps the first recorded instance of civil disobedience in all of human literature, these gutsy grannies refuse to obey the king’s edict. “The midwives feared God; they did not do as the king of Egypt commanded them, but they let the boys live.”

In I Samuel 14, King Saul decides that everyone will be going on a compulsory fast for the day. Unfortunately, Jonathan doesn’t hear about the new law, and he tucks into a yummy honeycomb that he finds in the forest. Saul is incensed and puts a bounty on Jonathan’s head. Luckily Saul’s soldiers recognize that this is unjust and refuse to comply. Jonathan lives to see another day. Yay!

3. Gutsy Queen No. 1: Vashti and Her Refusal to Be Objectified

King Ahasuerus goes on a bender for seven days—stuffing his face with food and drink and carousing with his friends. In a drunken stupor, the King demands that Queen Vashti come and show off her body, wearing nothing much beyond her royal crown. Vashti is shocked, and outright refuses his unreasonable edict. Of course, the king is pissed! “According to law, what must be done to Queen Vashti?” he asks. (Esther 1:15). Ultimately she pays a high price for her civil disobedience. The king strips Vashti of her royal position and banishes her from his presence, possibly ordering her killed.

From Outreach Magazine  Michelle Sanchez: The Truth of Fiction

4. Gutsy Queen No. 1: Esther and Her Kairos Moment

After Vashti is chucked out, Esther becomes queen. Luckily she’s got a lot of courage as well. Her mentor Mordecai is gutted to hear about a new law calling for the destruction of the Jews. He asks Esther to intervene with the king. But unfortunately, approaching the king without an invitation is against the law of the land. Esther decides to intervene in this great injustice anyway, saying, “Then I shall go to the king, though it is contrary to the law; and if I am to perish, I shall perish” (4:16).

5. Fearless Friends: The Case of the Golden Statue

In Daniel 3, King Nebuchadnezzar (noticing a pattern of tyrant kings here?) erects a massive golden statue for everyone to bow down to. An edict goes out that when the bell rings, everyone must bow down and worship the king’s erection. Of course we know the story from Sunday School, three courageous buddies, Shadrach, Meshach and Abednego, refuse and get tossed into the fire for their efforts.

In Daniel 6, King Darius puts out a tough new law stating that no-one can pray to anyone other than the king for 30 days. Daniel says, No way! He openly flaunts the new rule by praying in his bedroom with the windows open for all to see, and ends up tossed to the lions for his troubles.

7. Cunning Gurus: The Case of the Foreigners Who Will Not Comply

The first to practice civil disobedience in the New Testament are the foreign wise men who come to worship Jesus. Herod commands them to return and tell him where Jesus is located (so he can have Jesus “taken out”). But they ignore this order and return home via a different highway. It’s interesting to note that these guys were rich and powerful, carrying a lot of stuff. They wouldn’t have been traveling alone. So perhaps these foreigners also lead the first act of mass civil disobedience.

In Acts 4, Peter and John are commanded to stop preaching the gospel. It seems their efforts to speak of an upside-down kingdom, which will be good news for the poor and bad news for the rich and powerful are treading on some toes. They keep speaking of Jesus, and ultimately in Acts 5 they end up being thrown in prison.

9. Audacious Apostle: The Case of a Muzzled Missionary

Christians will sometimes quote Romans 13 to demonstrate why we should obey the law of the land. However, this passage asks us to submit to the government, not obey the government. These are two different things, as I have written here. In fact, the author of Romans, Paul, defied the civil authorities, was arrested him for preaching the good news, and witnessed to the guards while he was in jail (Acts 16:16–40).

Finally, and most importantly we have the example of Jesus.

Born in the middle of an oppressive Roman Empire, even the words used to announce his birth were considered provocative, to say the least (Luke 2:10–11). By adopting language usually used to announce a new Emperor, the angels illegally claimed that Jesus, not Caesar, was the true king, responsible for bringing peace and justice to the earth.

The very first public act of Jesus and the disciples was to break the law of the land by picking grain on the Sabbath (Mark 2:23). This was just the first of many provocative, rule-breaking actions.

Ultimately, Jesus was executed as a rebel by the establishment, who found him too great a threat. The God of the entire universe chose to be killed as a criminal on a cross, hanging between two felons. It was the ultimate act of subversive love and vulnerability. And that one beautiful act changed literally everything …

So, how then should we live?

Man’s law cannot dictate our ethics. There will be times when it is designed to stop us from pursuing God and his law of love.

Then we will have a choice to make.