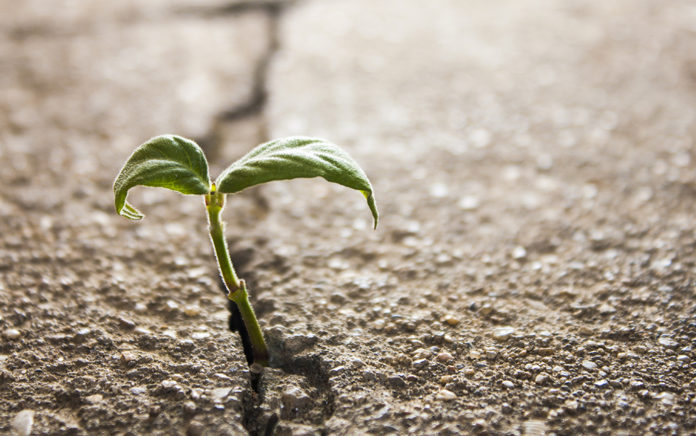 The upside-down Kingdom in a world turning upside down.

I’m sure you’d agree that 2020 has turned out to be a world shaking year. And not just because there were punch-ups in the supermarkets over toilet paper and widespread binge-watching of the Tiger King on Netflix.

No, those are just the signs of our stress.

Pope Francis claims this season is not simply an “era of change,” but actually a “change of era.”

And I tend to agree with him.

Movements for change are sweeping the world one by one. And there will be more to come because all the same ingredients to make social dynamite are still there.

The #MeToo and #ChurchToo movements targeted men in powerful positions who had mistreated women sexually. And now the #BlackLivesMatter movement is addressing systemic racism in policing and beyond.

Whether you agree or not, these, and other movements are turning the world upside down. And they all have roots in the same fundamental issue: power.

It seems to me, the old power brokers can no longer maintain their positions of privilege at the top. Those at the bottom of the heap have new tools at their disposal to agitate for change and to gather widespread support. And they are quickly gaining momentum.

We’re in the midst of a great reversal. The poor, the marginalized, the oppressed, the looked down upon, are rising up. And nothing can stop them because they have the moral high ground.

The status quo has been massive inequality, centuries of racism and colonialism, white supremacy and mistreatment of women. But now these national (and international) sins are under the spotlight like never before. Change is coming. And it’s going to be shocking and messy.

And frankly that means white men with power and influence, like me, are on notice. And that’s painful and confronting, but absolutely necessary. I have lived with privilege my whole life. I didn’t seek it out, and I’ve lived a life dedicated to dismantling those inequalities. Nevertheless, this is the new reality, and I say bring it on.

The reason this gives me hope, despite the fact that I personally may be worse off, is that this is the inevitable direction of history. A great reversal has been God’s plan from the beginning. And God’s plan is better than my plan.

Take the beautiful, prophetic and revolutionary Freedom Song sung by Mary, as she nurtured Jesus in her womb:

“He has brought down rulers from their thrones but has lifted up the humble.” —Luke 1:52

Could this be what we are seeing right now? As statues to tyrants, slave owners and rapists tumble from their pedestals, I can’t help but think of this radical prophecy. Yes it looks messy. But who ever imagined that rulers being pulled down from their thrones would be clean and tidy?

Sooner or later, the reign of Jesus is going to turn things upside down. It’s inevitable. The powerful who wield military might—tanks and kevlar vests—and use violence to maintain their positions, will be brought down low in this new Kingdom. While the lowly, the weak and the vulnerable, will be lifted up.

In this light, it makes perfect sense that the King of such an upside-down Kingdom would be born in such a vulnerable place as a homeless member of a colonized people, who later fled as a refugee.

The next line of Mary’s song describes more consequences of this radical Kingdom:

“He has filled the hungry with good things but has sent the rich away empty.” —Luke 1:53

In this new upside-down Kingdom, the affluent and comfortable (you and I) will no longer be allowed to take more than our share of the world’s resources. The poor and hungry will be brought to the center. Their needs will finally one day be met. Inequality will be addressed.

Currently, we still live in the shadow of Empire. Tax cuts and bailouts for the rich, privileges, power and acclaim are for the affluent. Survival of the fittest. Claw your way to the top.

But in the coming Kingdom of God, the most vulnerable in our midst will never again go hungry. He will lift up those who struggle, and he will care for the least. They will lead.

From Outreach Magazine  5 Keys to a Long Tenure

Jesus went on to live this out every day of his life on earth, showing us the way to see his Kingdom come on earth as it is in heaven. This is not politics. This is faith in what was prophesied about the Kingdom of God.

I’m proud to work on the edges of a grassroots movement for change that beautifully embodies this vision.

The Alongsiders movement was birthed in the slums of Cambodia, when a group of young Cambodian Christians chose to make a simple but powerful commitment to those even more vulnerable than themselves.

They each chose to walk alongside, mentor and encourage one child from their own communities. They especially sought to choose the poorest kids, the orphaned and disabled children.

Over the last six years, that movement has spread into more than a dozen countries across Asia and Africa, reaching thousands of vulnerable children. It is led by thousands of passionate and idealistic youth.

Think about it. These are already some of the most marginalized people in the world—young (often just teenagers), poor (literally some of them living in tin shacks or mud huts), non-white, non-English-speaking. They have no platform, no passport and no privilege.

But they are the future.

Can you hear it?