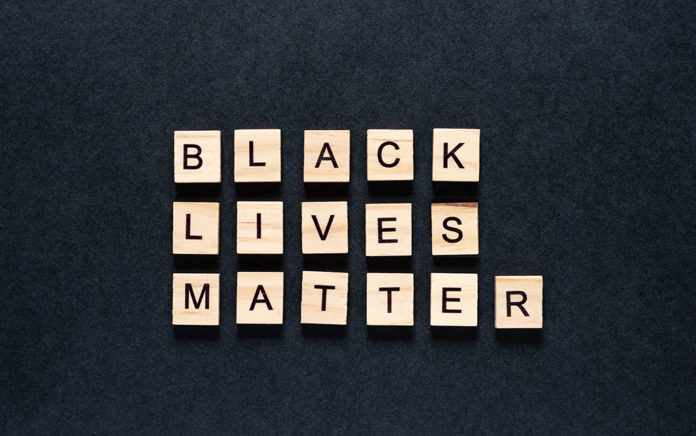 With the death of George Floyd, another black life has been taken in cold blood. And once again, there is lament and protest, but we must ask whether anything fundamental will change on a systemic level. This article is my urgent appeal to fellow white evangelical Christians. When you hear the phrase “Black lives matter,” […]

With the death of George Floyd, another black life has been taken in cold blood. And once again, there is lament and protest, but we must ask whether anything fundamental will change on a systemic level.

This article is my urgent appeal to fellow white evangelical Christians.

When you hear the phrase “Black lives matter,” what is your immediate reaction?

Do you feel discomfort, or perhaps even indignation? Do you feel a desire to declare, “All lives matter!”?

The Black Lives Matter movement seeks justice for African American communities unfairly treated by the police. Organizers have pointed out that there are just too many killings of black men and women by law enforcement officers. They are demanding change.

So would Jesus be down with saying #BlackLivesMatter?

Would Jesus show any sort of special concern for one particular group or another?

With, or without the hashtag, I’m pretty sure he would, and here’s why I think so:

Luke records that when Jesus came out of the desert, full of the Holy Spirit, the time had come to declare his mission on earth. The moment had arrived to begin his public ministry. So, Jesus headed over to his local synagogue, as was his custom:

“He stood up to read, and the scroll of the prophet Isaiah was handed to him. Unrolling it, he found the place where it is written: ‘The Spirit of the Lord is on me, because he has anointed me to proclaim good news to the poor.’” —Luke 4:16–18

On hearing these words, one of the Pharisees rose to his feet and shouted from the back of the crowd, “Jesus, don’t you mean ‘proclaim good news to everyone’?”

OK, that didn’t really happen. But it could have. And in fact, if you read on in Luke 4 you will see the crowd gets pretty angry when Jesus points out their racial bias. Angry enough to try to throw him off a cliff.

From Outreach Magazine  7 Early Warning Signs of a Hard Heart

Paradoxically, it is because of God’s concern for everyone that he expresses a particular concern for those we are unconcerned for.

Here’s how I’ve come to understand this truth more deeply.

When my daughter was about three years old, we visited friends who had a trampoline in their backyard. Both my children raced outside to see who could jump the highest.

When we adults heard the piercing scream, we knew something serious had happened. We ran outside to find that my daughter had landed on the edge and broken her leg. I bundled my sobbing little girl up in my arms and rushed her to the hospital.

The next six weeks were not easy for my daughter, who was tearful and constantly in pain. Trapped in her cast, she needed more hugs, more affection, more attention and more love from her daddy.

Meanwhile, my love for my son did not change, of course. I loved him just the same. My willingness to lay down my life for either of my children remained unchanged.

But my daughter was in pain, and I recognized that she needed more from me in this time of suffering. No one questioned this emphasis. In fact, we enlisted our son to help as a caring older brother.

Growing up in privilege, I was taught that God loves everyone. No one needed to single out the poor, because God loves everyone, rich and poor. And this is true, for in the same way I love my children equally, I would lay down my life for either one of them. My love cannot be measured.

But some of God’s children suffer greater pain, poverty and oppression than others on this earth. Through no fault of their own, by a simple “fate” of birth, some were born into broken families, dysfunctional communities or war-torn nations. They struggle with abuse, addiction, lack of opportunity and just plain awful living conditions.

Some experience different treatment by the police and others on a regular basis merely because of the color of their skin.

And sadly, our society typically expresses the least concern for these children of God.

But God in his wisdom and love for everyone expresses a special concern for those we are especially unconcerned about. Theologians call this God’s “Preferential Option for the Poor”—a particular care and concern, even bias, that God has for the people at the bottom of society’s heap, those who need more attention from God and from us.

So, in God’s Preferential Option for the Poor, we have the basic foundation for our response when we become aware of injustice, poverty and suffering in the world.

As his followers, we are called to reflect his priorities and to respond as if one of our own sons or daughters, brothers or sisters, were in pain.

And that’s how I know Jesus would say wholeheartedly, without reservation, “Black lives matter.”