Home Features Why Unity Means Deference to Others 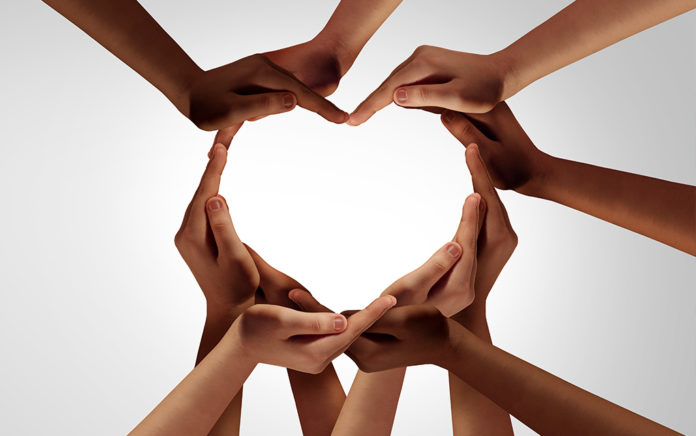 The elegant dance of the Trinity … and the church.

In an age in which the church is so divided, we would do well to reflect often on the theme of unity.

But what really is unity; what does it look like in practice?

If there is any hope for unity in the global church, surely one critical component will be the practice of unity inside our local churches. To that extent, I pray the words of the Psalmist often over our church, over our staff, over our teams:

“How good and pleasant it is
when God’s people live together in unity!
It is like precious oil poured on the head,
running down on the beard,
running down on Aaron’s beard,
down on the collar of his robe.
It is as if the dew of Hermon
were falling on Mount Zion.
For there the Lord bestows his blessing,
even life forevermore.”
— Psalm 133

The picture that the Psalmist paints is a powerful and evocative one—God’s people living in such togetherness of spirit that the very life of God himself is released into them. The last verse tells the tale: “For there the Lord bestows his blessing, even life forevermore.”

Where God’s people live together in unity, the unbroken life of God that will one day finally conquer all that is disordered and disfigured in our world is released.

And why is that? It’s because as Christians we believe that God is Triune; he is the eternally harmonious and complete relationship of Father, Son and Holy Spirit. So we might say that unity is not God’s idea; it is God’s identity. Jesus’ prayer in John 17 sums it up nicely:

“My prayer is not for them alone. I pray also for those who will believe in me through their message, that all of them may be one, Father, just as you are in me and I am in you. May they also be in us so that the world may believe that you have sent me.”
—  John 17:20–21

Jesus’ prayer is that his people would be drawn into a perfect and complete participation in the unified life of love that he shares with his Father: an utterly humble and altruistic love as the gospel records make abundantly clear. As the people of God share the life of the Triune God, divine life spills out from beyond themselves to the world around them, and eventually, the world around them is drawn into the vortex of holy love that is Father, Son and Holy Spirit. As it is so drawn, so it is also healed.

One of the best words I know to describe this dynamic life of the Triune God came from the Greek fathers: perichoresis. Peri means something like “around” (as in perimeter), and choresis comes from the verb choreo where we get our word choreograph. It’s a dancing word: “dancing around.”

They normally used the word perichoresis to name the inner life of the Triune God. Father, Son and Holy Spirit, they said, were in an infinite, everlasting dance with each other—a dance that in a sense was moving so fast that just when you spotted one member of the Trinity, another came into focus, for they are always (the language starts to strain here, but you get the picture) moving out of the way to make space for each other. Think about the Gospels. The Father bellows from heaven, “This is my Son whom I love!” The Son announces, “I always do what I see my Father in heaven doing!” The Father and the Son together announce the Holy Spirit, who thereupon directs humanity’s attention to the Father and the Son. On and on the dance of deference goes, and the Triune God is revealed to the world.

Perichoresis was also a way of naming what happens to created reality when it shares the life of the Triune God. Humanity is drawn into the dance of deference, and God—his life, his love and his world-renewing power—is revealed to the world.

And now we’re back at Psalm 133. Unity and perichoresis are two ways of describing one and the same reality. Just as we say that God is both “One” and “Three,” so in the common life of the people of God, they are both “one” and “many,” and their life, in the measure that it participates in God, is marked by the dance of deference I’ve just described. And God’s blessing is released through it.

I think we’ve all experienced this. Those times we’ve had on our teams when we are working in synchrony with one another. Where no one grabs the spotlight, competes for attention or yanks the reins of power to their advantage. Those are the moments when God breathes on them and eternity breaks upon us. They are Psalm 133 moments.

But they are only possible as we enter what I have called the “dance of deference” that is the inner life of Father, Son and Holy Spirit, in which we willingly yield to each other, make space for each other, move over for each other.

Can I name the fear that we all feel at this invitation? It is the fear that in elevating others above ourselves, we will lose our place. The fear that we’ll fall out of the dance altogether. That it will move on without us.

We all feel that. Even the most apparently “secure” among us feel the terror of walking this way. I know this terror well.

In the summer of 2015, Mandi and I were entering our sixth year of ministry at a church we helped some friends plant in Denver. We had seen the Lord do remarkable things and heading into this particular summer, I had a deep sense that we were at a threshold. As I listened to the Lord around that sense, I kept feeling a prompt to enter into a time of radically empowering our team so as to promote health and strength—for me, a “dance of deference” type of move. Things I had normally done at the church that I loved doing, I sensed I needed to let others do: architecting our worship, setting our preaching calendar, leading trainings, making staffing decisions. Mandi and I talked it over and knew the Lord was saying, “Give it away.”

The fruit of that decision surprised us, coming much more quickly than we thought it might. Within nine to 12 months, our church was operating at an entirely new level. Signs of life and health were everywhere. It was inspiring.

And we were suddenly disoriented.

On the one hand, we could look at the church and say, “This is what we’ve always dreamed of;” and yet at the same time, we felt a deep sense of disequilibrium. We just couldn’t quite put our fingers on it. So we just watched … and waited … and listened.

And in the midst of a sabbatical our leadership team gave us that fall, we saw it. I was sitting at a picnic table in my parents’ backyard in Wisconsin, reading John 3, and John the Baptist’s words dropped like a “thud” in my soul. You know the story: Crowds that once flocked to John had migrated to Jesus and John’s disciples were alarmed. “Everyone is going to him!” they say. They, with John, are in danger of losing their “place.” And John replies:

“A person can receive only what is given them from heaven. You yourselves can testify that I said, ‘I am not the Messiah but am sent ahead of him.’ The bride belongs to the bridegroom. The friend who attends the bridegroom waits and listens for him, and is full of joy when he hears the bridegroom’s voice. That joy is mine, and it is now complete. He must become greater; I must become less.”
—  John 3:27–30

John had served his appointed role faithfully. And that role was to lead the bride (Israel) to the Bridegroom (Jesus). His joy was seeing that moment take place. It was time, he knew, to step aside.

John 3 helped us see it: that the task that the Lord had appointed for us was to help lead our church to Jesus, in precisely the way and to the extent that he desired, no more and no less. The disorientation we felt was the sense that our assignment, our season, was coming to an end. We had given our best and completed what the Lord had asked us to do. Painful as it was to admit, we sensed in our bones that to hold on would have been wrong.

Within six months, we resigned. It was at once the saddest and happiest thing that I have ever done. Totally bittersweet. We loved that church as if it were one of our kids. To say goodbye hurt in a way I cannot describe. But that God’s hand was on it was evident to all.

So here’s the thing—in the economy of the kingdom, we never lose when we walk the Jesus way.

I can say that from experience.

The church in Denver is thriving.

Our relationship with them is thriving.

And we are thriving in the new efforts the Lord has called us to.

And that, friends, is the mark of the Spirit of Jesus Christ at work. The crowds said of Jesus in Mark 7:37 that “he has done everything well.” That’s his signature. He does things well. He does them elegantly. He makes everything beautiful in its time.

I write this to encourage you. The flourishing of your church and your leadership team—however it is structured, whatever your polity—depends in large part on your willingness to enter together into the perichoretic life of God, the dance of deference which is the only way that unity is manifest among us.

This dance does not mean that any of us slinks away into a corner. That’s not what it’s about. Humility is not a veiled-but-vain attempt to “negate” ourselves. Humility is a kind of exuberant self-forgetfulness whereby we enter life with all our strength and let God work inside the dynamic of the moment to determine our place in it, for as long as and to the degree that he wills.

It may be that as we do so, our “place” will grow and grow. And that is good. We should celebrate that and steward it well.

It may also be that as we do, over time, our “place” will change shape or even disappear. And, of course, that will happen to all of us at some point. We are all temporary, bit players in the great unfolding drama of salvation history. Your task isn’t to protect your place. It is to serve with all your strength.

And when and where your time is done, the Lord will create new places and spaces for you, calling you out into new frontiers or calling you home. You can’t lose with him. “In my Father’s house,” said Jesus, “there are many rooms. I am going there to prepare a place for you.” (John 14:2).

We have an eternally secure place with God. This means that we can throw ourselves into life with total abandonment, trusting God with how the path unfolds. We will become increasingly spiritually and emotionally healthy as we do this, and our churches will reflect it.

God will be glorified, and the world will be drawn into his life.