Home Features Do What You Can With Whatever You Have 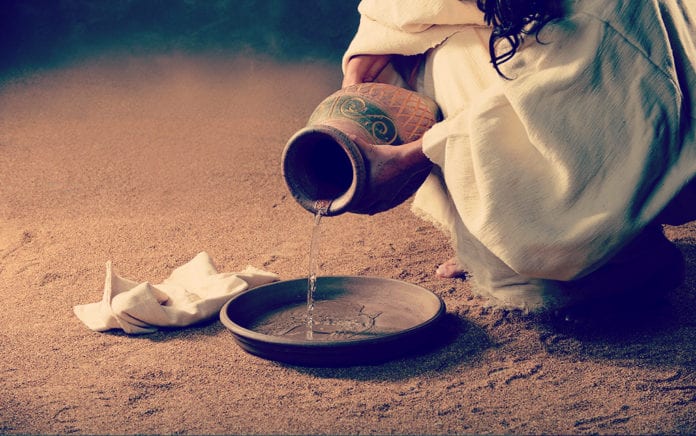 When you feel like you have nothing to offer, remember the story of Mary.

We’ve just been through three months of daily power cuts. Now—finally—the heat has subsided, and the rainy season is upon us … along with swarms of thirsty mosquitoes and a massive dengue outbreak.

It feels like Egypt in the midst of the 10 plagues of Moses.

So, it’s been with a mixture of pity, concern and black humor that I’ve been getting to know some of the newbies in town.

Some of these new missionaries and humanitarian workers have been hospitalized with dengue or bedridden with dysentery. Some have already been through the collapse of their expectations for ministry.

“Barely surviving” is how I’d probably describe this phase for them.

Heck, maybe you’re in Chattanooga or Chiang Mai. But I reckon we’ve all been through seasons where we knew we had little, or nothing, to offer.

These are seasons where it was all we could do just to drag ourselves out of bed in the morning. And I’m not just talking about pre-coffee. I’m talking about long, hard days of toil just to keep your head above the water and pay the bills.

If that’s you today, then I’ve got an unlikely, but inspiring, role model to point you towards.

In Mark 14, Jesus is in a place called Bethany, which some scholars suggest actually means, “House of Misery” or “House of Affliction and Poverty.” So, it may have been a place where the poor congregated and received handouts.

This might explain why Jesus was chilling out at the home of the unfortunately-named “Simon the Leper”.

Maybe Bethany, this place of struggle and affliction, was a place where men like Simon and other outcasts made their home.

Perhaps you feel like you’re in a place of misery, sickness or poverty right now. Maybe you are living in the midst of a broken neighborhood, or going through a season of affliction. Whatever that looks like.

If so, pay attention. Because what happens next is quite mind-blowing and cool.

Jesus is having dinner around the table with Simon and a bunch of his crew, and a woman (John suggests it is Mary, the sister of Martha) slips in with a bottle of expensive perfume.

She makes her way quietly through the small gathering. No one knows what she is about to do. As Mary draws nearer to Jesus, she adjusts the pint jar in her hands. She’s shaking a little. But she’s determined to do what she came here to do.

From Outreach Magazine  The Missing Half of the Church Leadership Puzzle

Jesus is mid-sentence, reclining. Mary steps forward and breaks the seal. She tilts the jar. The perfume flows out, thick and fragrant, enough to drench Jesus’ head, drip down his beard, and even reach his feet. A pungent aroma fills the room. It’s overwhelming. Far too much perfume.

The crowd turns. What the heck have you done, Mary!?!

John says that Mary kneels now, as mouths drop open in surprise and shock, and she wipes Jesus’ feet with her long hair. An act of devotion.

And then Jesus praises her with these poignant words: “She did what she could” (Mark 14:8).

It’s a dramatic scene. Here’s this woman, lacking in almost every way that the world deems important. Small. Vulnerable. Fragile. But she carries out an act so brazen, so incongruous, that the whole party is buzzing with surprise and indignation.

Notice who she is, who God uses, and see if it resonates with your situation today:

Like any woman in that time, Mary was considered a second-class citizen, of no status or authority. Respectable women were expected to stay mostly within the confines of the home. If a woman was ever in the streets, she was heavily veiled and was prohibited from conversing with men.

The women Jesus knew were very likely illiterate, since the rabbis did not consider it important for women to learn to read. (On a side note, most of us don’t experience illiteracy—except when we move to a new country. Perhaps you’re struggling with the language in the place where you live? Or in some other way you feel you don’t measure up educationally. That’s Mary.)

And yet she steps forward. She dares to push through the crowd. Mary holds her head high. She does what she can.

No one saw Mary coming, or realized what she was going to do. And it’s probably wise that she didn’t ask for advice from the established religious leaders first, because as soon as she acts, everyone is up in arms. The crowd of critics erupts in grumbling and furor. What a dumb thing to do! So unstrategic! Those resources could have been used better elsewhere.

And yet she acts anyway. A small, seemingly insignificant and unimportant act. She does what she can.

No one is on board with Mary’s strange action. It seems out of place, incongruous, lacking in purpose or objective. You wouldn’t write this in your newsletter home. You wouldn’t submit it in a monthly report to your manager. You probably wouldn’t even post it on Instagram.

And frankly, in the context of a place of poverty, like Bethany, it’s not surprising to me that there is some critique of her extravagance. The grumbling actually makes sense on a human level.

But Mary is compelled by something beyond human reason. She has left space for the Spirit to lead. And she does what she can.

We do need worldly knowledge and wisdom. There are times when it is appropriate to strategize about how to best reach the poor. We need big thinkers. We need to reflect on best practices and critique models of mission that are broken. We need to think beyond emotional acts of mercy and consider the larger structural justice issues.

But we also need to leave room for the mystical, the beautiful and the small.

We need to leave room for the Spirit.

There are plenty of critics out there. The room is filled with finger-pointers.

On the left, the progressive movement is overflowing with critique. Everything is “problematic.” Everyone with privilege is complicit. Anyone who dares to go overseas must be a “White Savior.” No one is radical enough.

There is little room for grace.

On the right, conservative evangelicals are often just as bad. They want reports back with numbers of salvations, and to know whether the “gospel was preached” verbally in every situation. They want to know our theological position on this and that.

There is little room for grace.

Many of these critiques are valid and useful. Like I said, there is a time and place for critical thinking and strategic initiatives.

But not all the time.

Sometimes, we just do what we can. Especially when we are in Bethany.

Sometimes we walk in the footsteps of Mary, who didn’t have power, permission or support.

She took what little she had. And she did what she was able to do. Without paying attention to the armchair critics.

Nothing less. Nothing more.

And that was enough. More than enough. Because she was open to the weird and wonderful leading of the Spirit.

And Jesus said, “She did what she could.”

With a smile on his face.

Perhaps you need to hear that encouragement today.

Go ahead. Do what you can. It might not be much. It might be weird or insignificant or unstrategic. But listen to the still small voice of the Spirit. Step out. And do what you can with what you have.

I promise you. It is enough.