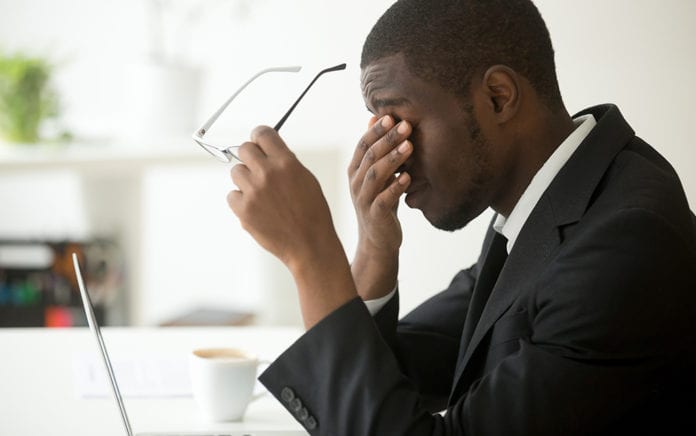 When you feel overwhelmed and discouraged, take heart, you are not alone.

The battle is real—compassion fatigue, backstabbing, lack of breakthroughs. And that’s just on Twitter. Ministry life can be even more brutal.

Especially if you’re engaged in ministry amongst people who are hurting—which is almost anyone in ministry, right? They hurt. We get hurt helping them. We hurt ourselves—and others. And by the time you’re a few years in, it’s like Michael Stipe sings: “Everybody hurts!”

And sooner or later, you begin to ask if it’s all worth it.

If that’s you today, take heart weary servant. We’ve all been there and I’d like to offer you some sustenance for the next stretch of road.

I’m no armchair counselor. I’ve lived in slums for more than a decade, in the midst of devastating poverty. I’ve been through the collapse of ministries I pioneered. I’ve been ripped off, cheated, maligned and mistreated. And that’s just by the Christians.

I have a few scars.

So, let me sketch a picture for you, a true story of a man.

He’s a weary servant, ready to give up. Oh he’s had his victories—even major triumphs in ministry. But the latest clash has sent him scurrying away to lick his wounds. He wonders how one man can face so much conflict and opposition, all on his own. So he takes a long aimless walk, and wanders a few miles out of town, to a place where nobody knows him. And eventually, when the burden of lifting one foot after another gets to be too much, he lies down under a bush, ready to give it all up.

So Elijah is lying there feeling like absolute crap, feeling like death warmed up, wishing he could just end it all somehow. And eventually he falls asleep.

“Then he lay down under the bush and fell asleep. All at once an angel touched him and said, ‘Get up and eat.’ He looked around, and there by his head was some bread baked over hot coals, and a jar of water. He ate and drank and then lay down again. “The angel of the Lord came back a second time and touched him and said, ‘Get up and eat, for the journey is too much for you.’ So he got up and ate and drank.” – 1 Kings 19:5–8

Notice how little effort Elijah is putting into pursuing God at this point. He’s not keeping up his quiet time. He’s not bothering to fellowship with other believers. He’s not reading his Bible. Elijah is spent. Done. Ready to throw in the towel.

And still God pursues him.

And still God pursues you.

It’s nothing spectacular, this provision from God. The blessing is not another mountaintop experience or ministry highlight to write home about. It’s the simple provision of some bread and water.

Do you see that? God provides for his basic needs not once, but twice. And notice how tender is his care. The angel touches Elijah, awakens him from his slumber of self-pity and asks him to receive what God is giving. It’s like a gentle nudge from God to notice what he has right in front of his eyes.

“Do you have eyes to see Elijah?”

This is an invitation for all of us, in these times of darkness and conflict. An invitation to notice what’s right in front of us. To open our eyes. And be grateful, first for the simple things: shelter, food, family, God’s provision.

But Elijah isn’t done with his dark night of the soul yet. He gets up from under that tree and embarks on a 40-day journey of darkness. (1 Kings 19:8)

If you’ve read the Bible enough you’ll know that 40 of anything is usually a baaaaaad omen: 40 years in the wilderness, 40 days in the desert. These stretches of 40 are usually dry, dark and depressing.

By the end of this trek, Elijah finds himself in a cave on the side of a mountain. It’s a reminder that oftentimes our dark times stick around way beyond the point where we’d like to be done with them.

At this point, I’d say Elijah is not just discouraged. He’s probably depressed.

And still God pursues him.

And still God pursues you.

And I love how wonderfully consistent God is in his treatment of Elijah. God still offers himself to Elijah in tender, gentle ways. And to bring this point home, God does a bit of a demonstration.

There’s a mighty wind—a storm that blows a chill right through the mountain. But God isn’t in the wind (v. 11).

Finally, a raging fire burns out of control—destroying all the vegetation around the cave with thick blue and orange flames. But God isn’t in the fire (v. 12).

Those of us who have been through the dark night of the soul, know well the futility of trying to find God in the noisy celebrations that used to give us an emotional high: the soaring worship, the eloquent preachers, the Christian conferences, the hype, the noise, the frenzy. Those things that used to do it for us leave us cold and empty. We’ve seen too much.

From Outreach Magazine  How I Became More Loving and Compassionate

But then God comes to Elijah with a gentle whisper (v. 12).

Let that sink in.

And ask yourself. Do you have ears to hear that gentle whisper?

Many of us who have spent a long time in places of pain have found God in the gentle whisper. The old ways no longer help. In fact they hinder. And so we find him in new, quieter ways: contemplative prayer, listening, silence, solitude, stillness.

What God says to Elijah at this point is not what you might expect. He doesn’t say, “You’re free to go. Good work Elijah, now go and retire. Or get a job in a quiet library.”

But God sends Elijah back with an important reminder. You see all along Elijah has been complaining that he alone is faithful to God. “I am the only one left,” he laments (v. 10).

Now God sends him back to complete the task but reminds Elijah that there are still 7,000 faithful servants in Israel—contrary to what Elijah has been saying. There are others out there who are also faithful (v. 18).

Just as God pursued and cared for Elijah with the tenderness of a nurse, he pursues you.

Just as God provided the basic necessities of life for Elijah, inviting him to open his eyes and notice, so he invites you to open your eyes and see what you have right in front of you.

Just as God speaks in ever more gentle and quiet ways to Elijah, so he invites you into solitude, silence and stillness.

And just as God provides sojourners to walk the path with Elijah, so I pray that you will find those like-minded souls.

Take heart weary servant. Your labor is not in vain.