Home Features Why We Ask Too Little of Followers of Christ 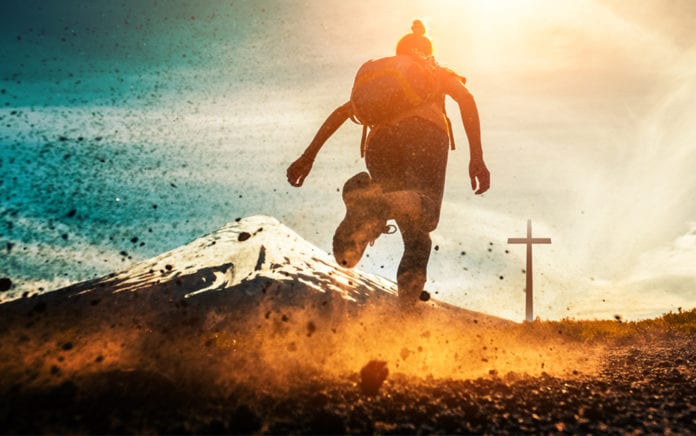 Are we asking too little of the followers of Christ in our churches?

The last exercise I do when I lift weights is bicep curls.

For those of you who have been summering with the Amish and don’t know what bicep curls are, they’re nothing more than grabbing two dumbbells, letting the weight drop towards the ground and then lifting them up to your chest again.

When I lift, I usually do 5 sets of bicep curls, 12 repetitions each, but on the last set I try to lift as many as I can to reach what weightlifters call “total failure.”

The point at which I reach total failure on the last set and can’t do anymore is, not coincidentally, around 12 reps.

At a recent workout, as I approached my last set of bicep curls I wondered, “How many could I lift if I felt my wife’s life was at stake?”

I imagined for a brief second that she was being held captive like in the last scene of the movie Taken (or was it Taken 2, or Taken 3? Or 8?) and the ransom for her return was doing 20 bicep curls.

Not surprisingly, I easily did 20 reps.

As I came upon 20 reps I thought, “How many could I lift if I felt the lives of all three of my daughters and Lisa were at stake? Could I lift 30?”

To my utter shock, I kept lifting. And grunting. And shaking. And gyrating.

Until I literally couldn’t lift the weights to my chest one more time.

I just let them drop to my sides.

At no point in the last year did I ever do more than 12–13 bicep curls in the final set.

So why was this time different?

Can I share with you two things I learned from that experience?

2. I am capable of enduring way more pain and discomfort than I ever thought possible, provided I have a reason to do so.

The more I’ve thought about this the more it has caused me to reflect upon how low I’ve set the bar over the years for people in the church I serve.

In my mind, I’ve often caught myself thinking that if I push people too hard on sacrificing for and living out the mission of Jesus that some would simply leave.

We started Christ’s Church of the Valley in Philadelphia on October 1, 2000. Looking at our church community through the hindsight of 18 years, my biggest fear is not that some have left over time—that’s inevitable—but that some have left because I’ve set the bar too low.

In his book Alternative To Futility, the great spiritual writer Elton Trueblood wrote,

“Many have refused to join the church, not because the church has demanded too much, but because it has demanded too little. Their criticism is not that the church is too different from the world, but that it is too much like the world. The humiliating truth is that no Christian fellowship has ever truly challenged them.” —Elton Trueblood, Alternative To Futility (USA: Harper & Brothers, 1948), 112–113.

Do you resonate with that?

Does that describe your experience?

Has any church fellowship ever truly challenged you?

From Outreach Magazine  How White Pastors Can Practice Racial Reconciliation

You Were Made for More

Not because they want more pain and difficulty in their lives, but because they’re willing to endure more pain if it helps people discover the real Jesus.

Spiritually speaking, it’s as if they’ve been only doing 12 reps in their spiritual walk because that’s the bar that’s been set for them.

What they need (and want) is to hear the call of Jesus to “lose their life” (Matt. 16:25) for something greater than simply “going to church.”

Christians don’t want to simply “go to church.” They want to risk losing everything going after what the disciples in the first century went after.

They don’t want to give needy people leftover canned goods from their pantries. They want to blow up the system that created 2,500,000 homeless children in the United States alone.

So let’s quit trying to make Jesus sound easy to follow because you and I both know that he’s not.

Oftentimes everything that we have.

And that’s a beautiful thing.