Home Features Who Really Gets the Glory in Church Planting? 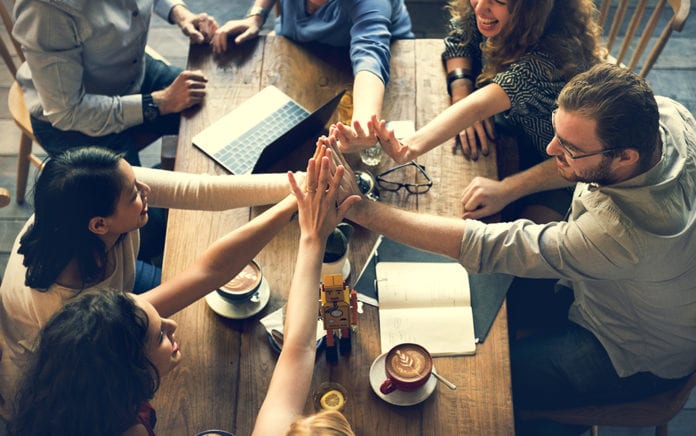 Are we truly finding our identity in Christ, or are we finding it in what we do for him.

Last summer, I took a 10-week sabbatical. If you’d asked me at the time why I was taking it, I could’ve listed a number of reasons, all of which were legitimate and sincere. But what I didn’t expect was how God would use my sabbatical to teach me a single, foundational truth that I wish I could grab every church planter by the face, look into their eyes and tell them: Your joy must be rooted in Jesus, not in doing things for Jesus.

Having gone through the throes of planting a church—the time, energy and effort it took just to keep our heads above water—the line between my walk with Jesus and my ministry for Jesus was often blurred.

And I came to realize that my identity was more tied to doing things for the kingdom than it was in being a son welcomed into it. This led to an unnoticed, dangerous shift in my heart: At some point I traded being sustained by communion with God for the recognition I received for serving him.

Be Careful With Success

By external measures, our plant was a “success.” And while we knew this was largely in spite of our efforts, the accomplishments felt good. And what the heart loves, the mind will justify. So justify it did.

During my sabbatical, God began uprooting these refrains and exposing them for what they really were: joy-stealing rationalizations that were actually less concerned with God glorifying himself, and more concerned with me being the one he used to do so.

Stepping away from the platform and the responsibilities forced me to evaluate whether Jesus was the means or the end. I was even off of social media, which allowed me to realize that the old adage of a tree falling in the woods could be aptly retooled to: “If you have an edifying encounter with the Lord in his Word, but don’t post a picture or tweet a profound reflection, did it really happen?”

From Outreach Magazine  The Most Dangerous Myth About Student Ministry

I discovered that my language of “being used by God” or “making an impact for the kingdom” (good things in and of themselves, certainly) was often nothing more than a veiled attempt to baptize my own ambitions.

In The Imperfect Pastor, Zack Eswine recalls realizations from his own testimony that rang painfully true for me: “I did not know yet that serving God could be used, even by me, as a means to try, in line with the Serpent’s old whisper, to become like God” (p. 20). And, “It is possible for ministry leaders to desire greatness in ways no different from anyone, anywhere in our culture. Attaching Jesus’ name to these desires doesn’t change the fact that they look just like the cravings of the world” (p. 30).

By attaching spiritual language to my accolades, I could convince myself and others I wasn’t in it for the glory. It was as if the desire for platform and influence was okay because it was “religious.” But this is precisely what Jesus exposed in the Pharisees:

“You search the Scriptures because you think that in them you have eternal life; and it is they that bear witness about me, yet you refuse to come to me that you may have life. … How can you believe, when you receive glory from one another and do not seek the glory that comes from the only God?” —John 5:39–44

From an external perspective, no one served God like the Pharisees did. They were masters of Scripture who dedicated their lives to teaching and enforcing God’s law. But Jesus saw through their religious masks. He knew they craved praise and recognition from their fellow man—and serving God was a convenient means to that end.

Church planting can leave us particularly vulnerable to this temptation. For one, it’s easy to draw a correlation—even causation—between our own abilities and the “success” of the church we planted. On top of that, our people are susceptible to being drawn to a single personality. It’s a perfect recipe for the Enemy to spoon-feed our ego.

We don’t need to adopt a false humility that refuses to either recognize our gifts or be grateful God’s chosen to use them. But it does mean we must be on high alert to the possibility that what we really want, like the Pharisees, is “glory from one another.”

We need to ask hard questions, such as:

• If God would still get the glory, but the notoriety was taken from me specifically, would I be satisfied?
• If there would be just as much of an “impact” made for the kingdom, but I don’t get noticed, would I be okay?
• If I give my life over to toil that’s rarely recognized, but I have deep fellowship with Jesus, would that be enough for me?

Because if Jesus himself isn’t enough, we will turn serving him into a means of usurping him. Our ministry will become a way of satiating our need to be noticed and affirmed. And what follows, tragically, is that the people with whom we’re entrusted become pawns in that game, pieces to be strategically moved and manipulated to maximize our platform—instead of God’s beloved children for whom we’ll give an account (Heb. 13:17).

Like the religious leaders in Jesus’s day, we’ll end up trading true fellowship with God for a facade of religious activity and accomplishment. But Jesus is enough. Hence his insistence on where true life is found (John 5:40).

The kingdom of heaven is like a treasure hidden in a field—a treasure worth giving up everything for—including the accolades and recognition of ministry. The temporary high of receiving praise pales in comparison to the deep, lasting joy that only communion with Christ can bring.

And when that truth sinks in, we’ll be free to follow in our Lord’s path—a path of selfless obscurity, quietly serving and pointing people to the glory and grace of the Father.