Home Resources Entering into the Ultimate Partnership With God 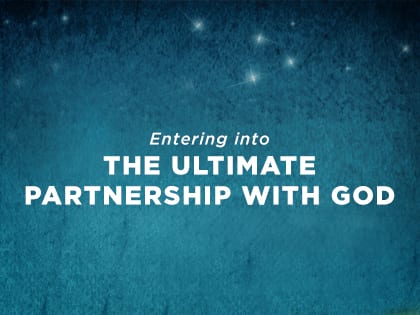 “We’re invited to partner with God and with each other in bringing God’s kingdom on earth as in heaven.”

A few years ago I spent a couple of hours with fifteen Americans who were visiting Haiti. The group was four days into their trip and they had little experience in the country, which is among the more overtly Christian nations in the world. Conversations among strangers about Jesus happen regularly on public transportation.

I was sitting outside with this church group of Americans, two hundred feet from one church and a short walk from at least five churches along the village’s main dirt road. I asked people to share their experiences so far. At least five people in the group said earnestly, “We just want to bring God and the good news of Jesus to the people of Haiti.”

Here’s the thing: God is already in Haiti. Has been for a long time.

If you think you’re bringing God anywhere, you’re on the wrong trajectory of for instead of with. Whether we’re in a Christian place like Haiti, a formerly oppressive anti-religious place like Albania, an isolated jungle village or an American suburb, we can’t go where God is not already present.

So our deepest invitation to partnering is as equal partners who are together partnering with God. True partnership (cooperating) takes confession, attention, respect and sharing our power. Where there is a mutual desire to partner, we can practice partnering together with God.

When I was working with the refugee ministry in Europe, at one point I had to drive with a friend from Vienna to Timişoara, Romania, for a couple of days. We drove past apartment blocks that were still a communist shade of gray. I think it was 1994. We went to a department store where most shelves were bare. Out of curiosity I looked in a jewelry display case. There was a watch with an image on it that caught my eye.

From Outreach Magazine  Why You Are Already a Sending Church

I needed it, and I wasn’t sure why.

I asked to hold it.

It strangely felt welcoming during a time when I was awkwardly trying to figure out where I was welcome.

I wanted to sit at the table situated in the image and listen and talk.

I wanted the poor kids who my friend Keren cared for in Timişoara, kids who slept outside and sniffed glue and had run away from the horrific state-imposed orphanages, to be welcomed at the table (on the watch) to eat from the simple bowl in the middle. They deserved to be there. The three people sitting there in the image, with their heads tilted slightly to the side, would welcome them.

The face of the watch, I found out later, was a famous icon of the Trinity created by the Russian painter Andrei Rublev. I think it was the first time I’d seen it. The effect on me was like the image’s impact on millions since the fifteenth century. I bought it for a few dollars and put it on my wrist.

In the icon three people sit at three sides of a table. We see the icon from the fourth side—and we are welcomed into the empty spot. Or we can stay back a little and still feel welcomed. It’s the scene from Genesis 18 where three angels visit Abraham outside his tent, and then a mysterious visit by the Lord occurs, which has been interpreted by Christians as a visit by the Trinity. It’s also a portrait of the ultimate partnership we’re welcomed into—into participation with God, and into participation with each other through God.

God is already here and there in Timişoara, Albania, Haiti, Bangkok, a Chicago suburb, wherever you are.

We’re invited to cocreate (that is, to partner) with God and with each other in bringing God’s kingdom on earth as in heaven. What does this scene with the three angel visitors tell us about partnering?

A 2016 OUTREACH RESOURCE OF THE YEAR
Category: Social Justice

Kent Annan is a writer, speaker and co-director of Haiti Partners, a nonprofit focused on education in Haiti. He is the author of After Shock and Following Jesus through the Eye of the Needle and has spent 15 years working with people in difficult situations around the world, including in Europe with refugees and in Haiti.