Home Resources Why Diversity Is the Key to a Thriving Church 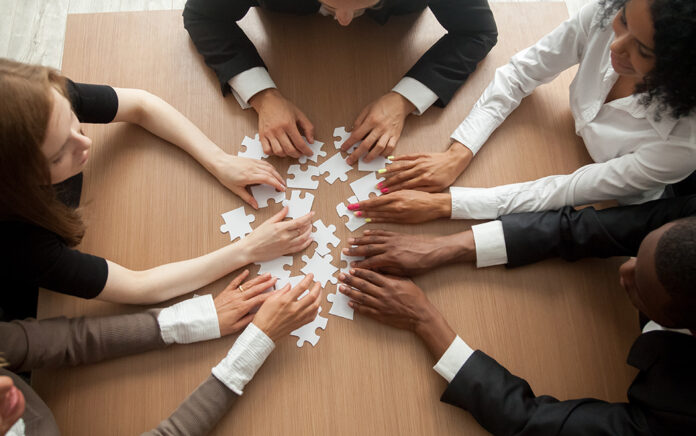 We Must Make Disciples of All People

In Revelation 7, we see the throne of God surrounded by diversity. The lord of this earth has also seen this vision and is offering his counterfeit in the form of diversity wars. Our society has been seduced by his offer because the church has not obeyed the mandate to make disciples of all people. The reasonable reaction to this social war is to fall into the vortex of cultural and political debate. The countercultural alternative is to stay on mission, pray, and live out the prayer that never fails: “Thy kingdom come, Thy will be done in earth, as it is in heaven” (Matt. 6:10, emphasis added). Diversity is not the mandate but without this key component mission fails.

We need to get back to our own playing field where God’s mandate is the rule. To those looking to focus on our mission, I offer the clarion call of legendary football coach Vince Lombardi, who, in the shelter of the team’s locker room after another embarrassing defeat, said, “Gentlemen, this is a football.” The professional players in that locker room may have felt insulted or challenged by this statement. Either way, receiving it required humility and confession from them. Returning to the basics resulted in winning five championships. To do that, they had to stick to their mandate, not be fooled by the other team, and focus on the objective.

When we stick to our mandate—discipling all people—we see churches thrive. We see communities transformed. For Christians, the spirit of Lombardi’s call to focus on the basics is a call to focus on the great commission. Make disciples of all people. It is that simple. The alternative is to become ingrown and die. If we are praying for laborers, we need to be open to who the Lord offers.

If we open our eyes to diversity, we may see laborers that God has placed in plain sight that could even calm the vortex of cultural and political debate that has sucked us in. We should should seek out and value people who are different from us as equal partners because we are all made in the image of God, equally. Thus we are all instrumental in mission of God here on earth. But “making disciples” is not the only part of the mission we need to focus on. It’s also important to make disciples among all people (Matt. 28:19). We have not satisfied the Great Commission by just sending missionaries to the ends of the earth. We must also reach the near but different again and again, and we will need people who are different from us to partner in this work.

We can see this idea play out in the disciples’ failure to see what Jesus saw in the woman at the well in John 4. Jesus had to admonish his disciples to “open [their] eyes” and see the ready harvest (John 4:31–38). Jesus’ Jewish disciples held a bias against the Samaritans. Samaritans had a mixed ethnic heritage, and the Jews also accused them of worshiping the Lord wrongly because they had their own temple. This Samaritan woman, who had little esteem in the eyes of the disciples, brought a city of people different from them to the Lord. It’s a moment of inclusion and diversity in God’s mission. It was something the disciples’ bias would not allow them to even consider. Imagine how shocking it would be to see the cultural walls falling and Jesus crossing into the redlined zone of Samaria.

Jesus’ teaching for his disciples in John 4 reverberates through the centuries to us: Include “all people” to have thriving churches. Here, Jesus taught a profound lesson about this with the two harvests he tells his disciples about. Jesus said, “Don’t you have a saying, ‘It’s still four months until harvest’? I tell you, open your eyes and look at the fields! They are ripe for harvest. Even now, the one who reaps draws a wage and harvests a crop for eternal life, so that the sower and the reaper may be glad together” (John 4:35–36).

The first harvest can be understood as our mission to people who are near and similar to us. We have worked in that field. We know how to work this harvest. We know how to reach our family and friends. Then Jesus orders us to open our eyes to see the second harvest. This second harvest is of people also made in God’s image, but because they are not like us, sometimes we fail to see their value. But God has been working that dear harvest. Jesus goes on to say in John 4:38, “Others have done the hard work, and you have reaped the benefits of their labor.” God has been cultivating diversity, even if we have missed it thus far.

We can also see that diversity is key to a multiplying and thriving ministry in the book of Acts. Acts clearly presses the point that outreach to diversity is God’s will, strategy for multiplication, and provision for a thriving church.

In Acts 6, there was a conflict between Greek-speaking and Hebrew-speaking Jews. Greek widows were being ignored at mealtime while Hebrew widows were fed. Diversity can be as simple as Jews with different cultural backgrounds, similar to cultural differences you find among people from different regions of the country. The resolution was that Greek members of the early church, full of the Holy Spirit, were selected to be deacons to care for all the widows.

This event is often seen as an antidotal incident, but it is actually the beginning of an essential thread for developing a thriving ministry. The Greek-speaking Jews did not just represent diversity; they met the core qualification established by the apostles to solve the disagreement, full of the Spirit. Indeed, there were Hebrews that were full of the Spirit, but we see that Greek-speakers were intentionality chosen for this ministry to accommodate diversity. The result was a thriving church: the word spread, disciples multiplied, many came to faith (Acts 2:7). I do not believe it was only because of diversity. I think it was God’s blessing because of obedience to the mission, and that was accomplished with diversity.

This decision paid dividends. Stephen, who was a Greek-speaking Jew, courageously testified to our Lord and was martyred. After Stephen, another deacon of diversity, was martyred (Acts 8:4–8), Phillip fled to Samaria and had a fruitful ministry. After that, an angel told Philip to head toward Gaza, and there he met and ministered to an Ethiopian eunuch who extended the gospel to Ethiopia. Philip then proclaimed the gospel in the Greek-speaking area of Caesarea. Phillip, a Greek-speaking Jew, was now ministering to Gentiles, something the Hebrew-speaking Jews would not do so readily.

In another example from Acts, we see some Gentiles and a few Greek-speaking Jews from North Africa and Cyprus started the first multiethnic church in Antioch (Acts 11:20–21). That diverse church of Jews and Gentiles became the first missionary-sending church when they commissioned Barnabas and Saul to go share the gospel. The leadership was clearly diverse (Acts 13:1). Diversity helped them consider new opportunities. Is it any wonder that when God spoke in their prayer meeting (Acts 13:2), they were receptive to this different voice and were not dismissed? Diversity will be disruptive, but it can be the catalyst for a thriving church ministry. This multiethnic church in Antioch was the mission-sending church to the different and far people. The mission before was different but near. Diversity was instrumental in both efforts in building thriving churches.

In John 4, we see the mission principle illustrated that the Lord expects that we engage diversity. In Acts, we see that diversity is a key force multiplier for developing thriving churches. I believe today that many of our systems are answering questions people are not asking. But welcoming and empowering diversity, while it is difficult, is a good difficulty. It is a God-mandated element in the great commission. As a leader, I know that making disciples of all people, depending on what diversity the Lord shows us, is the key to planting thriving churches today. As leaders, we must see through the cultural debates and bear down intentionally on the mandate to make disciples of all people. Diversity is the key to passing the church forward to the next generation. 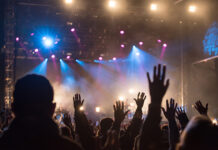