Home Resources Books Green Like God: Unlocking the Divine Plan for Our Planet

Founder of the Southern Baptist Environment & Climate Initiative and the director of the college and single adult ministry at Cross Pointe Church in Duluth, Ga., Jonathan Merritt has written more than 100 articles in multiple national publications, including Outreach magazine. In his first book, Green Like God, Merritt examines the biblical basis for creation care. Here is an excerpt from the book:

Several months after my epiphany-inspired creation care initiative had created an unexpected media ﬁrestorm, I decided to meet with two of my mentors at Bahama Breeze Restaurant, just off the interstate. We reminisced about my television and radio appearances, my interviews in magazines and newspapers, and my opportunities to speak across the country. I was feeling pretty puffed up as my two friends took turns patting me on the back.

“Did you see the write-up in the Dallas Morning News?” one friend asked as he laid another news story in front of me. The headline read, “Younger Evangelicals Are Taking Movement in a New Direction.”

I was no longer interested in the coconut shrimp.

The column recounted my initiative and how it tied into a national trend of evangelicalism’s broadening agenda. With each word I swelled with pride. How did I miss this juicy story? “Whenever a 25-year-old can get the attention of the Southern Baptist Convention, you know something’s rumbling,” the last sentence said.

My eyes twinkled, and I considered reading it aloud for the beneﬁt of the restaurant’s other patrons. I have really done something, I thought. I have made quite a name for myself. I motioned for the waiter to bring an extra chair to hold my ego as I looked back down at the article to admire my work.

I continued to read, and then my eyes widened at something dreadful: the article’s conclusion was not about me. The article addressed something greater. The great line in the climactic conclusion didn’t even call me by name. It referred to a nameless “25-year-old.” Like a pin to my prideful balloon, my moment in the sun became heatstroke.

I realized that scouring the Scriptures in search of God’s plan and working on Christian environmental initiatives placed me in community with many wonderful people and organizations that have long been blazing the creation care trail. When the writer for the Dallas Morning News shared his amazement that a 25-year-old could capture the attention of such a large audience, he was applauding my entire generation. What surprises him is not me, but hundreds of thousands like me who are mobilizing neighborhood clean-up days, writing letters to congressmen, volunteering in community improvement organizations, petitioning pastors for more outwardly focused programming, and promoting the Scripture’s teachings on these issues. As followers of Jesus are discovering the divine plan, they aren’t able to sit still and do nothing. They are compelled to act and lead others to follow.

We take environmental action, not because we are guaranteed success, but because we know success is only reached through pressing on.

Followers of Jesus are striving to live healthier, sustainable lives. People are increasingly reforming their churches, turning the tide of concern in favor of a more compassionate, holistic Christianity.

Tim Wolfe is a good friend and the founding pastor of 1027 Church in downtown Atlanta. 1027 meets in a progressive, artsy neighborhood and seeks to disciple Christians who don’t just gather weekly but also live daily as the hands and feet of Jesus Christ in culture. Sensing the need to be more intentional in caring for creation, Tim began serving fair-trade coffee in reusable ceramic mugs on Sunday mornings. Rather than have the “paper, plastic, or Styrofoam” debate, he decided to go all the way.

It sounds insigniﬁcant. How much difference can reusable mugs and fair-trade coffee really make on the environment? I believe this church’s effort will have an immeasurable effect.

The money from the coffee goes to post-genocide Rwandan farmers through a ministry called Land of a Thousand Hills. This company is giving hope to thousands of Africans every day. By switching to ceramic mugs, this congregation’s Sunday coffee service now produces almost no waste.

Less notably but of equal importance is the way this affects the church culture. Sustainable living has become a natural outﬂow of Christ-followship for 1027 members. Families will begin to think twice in their own homes. They may opt for mugs at their own parties and birthday celebrations, even when plastic cups would be easier. Children who grow up in the 1027 culture will see sustainability as normative. When they have families and attend other churches, they will promote the same ideals in those churches. As with a pebble in a big pond, the ripples are enormous. When a guest comes to 1027, he or she is handed a mug as a way of saying, “This is what we do. Come be a part of this.” Every Sunday, the church people gather to sip on steaming coffee and share their lives with each other. With regard to the divine plan, it is church at its ﬁnest.

At Cross Pointe, the church where I serve and teach, we’ve also begun making changes. We’ve started recycling the weekly waste in the ofﬁces and switching to energy-efﬁcient lighting. In turn, we’ve saved money on our utility costs. Our Sunday worship guides are now printed on recycled paper with soy-based ink. The message on the back of the worship guide says, “Because of our obedience to God’s Word (Gen. 2:15) and our love for people who depend on our planet’s resources, this worship guide has been printed on recycled paper.” We just opened a one-mile long nature trail where families can connect with creation.

Stories like these are emerging everywhere. While we still need to improve, the divine plan is certainly taking hold in many places. God is on the move. God’s people are on the move.

The many wonderful stories I hear and people I meet give me a reason to smile and hope for a better tomorrow. Yet some are still skeptical. Among environmentalists, and even Christian environmental advocates, many believe that humanity has passed the point of no return. They think things are too bad, people are too clueless, and habits are too destructive and ingrained for things to turn around. This mind-set is displayed in depressing ﬁlms like Leonardo DiCaprio’s documentary The 11th Hour and the History Channel’s Life After People, which features images of Manhattan reminiscent of I Am Legend. If they really believe this to be true, I wonder why they devote their lives to “hopeless” causes.

Those who believe our world is doomed and beyond help don’t recognize the very ﬁrst principle we learn in Genesis: God has power over the planet. We serve a God who wants this creation to ﬂourish, and He is capable of restoring even the most run-down corner of Earth. Rather than ask whether or not the world is beyond help, we need to persist in restoring it and trust God to do what He does well—bring healing.

We take environmental action, not because we are guaranteed success, but because we know success is only reached through pressing on. I believe the naysayers are wrong. I believe that our problems, while dire, are not beyond the reach of our caring Creator. He wants to work healing miracles in our world, and He wants to use us to do it.

The environment will be beyond help, be truly dilapidated when we quit working together to search out problems and, as we ﬁnd them, attempt to solve them. When we stop using our God-given means to accomplish our God-given task of stewarding this world, our world will truly be in disrepair. Earth will be beyond our care when give-up-itis sets in, when discouragement becomes defeatism, when we forget that we do not ﬁght this battle alone but alongside an all-powerful God who presides over the destiny of this planet.

New voices are ascending into positions of leadership and inﬂuence, and they can translate the divine plan into progress, hope, and change. Something is rumbling among Christ-followers. I am encouraged that an increasing number of Christians are bringing healing to God’s creation via their homes, churches, and communities.

Many in rising generations feel like those of the Kennedy generation in the 1960s, whom JFK spoke to in his inaugural address: “I do not believe that any of us would exchange places with any other people or any other generation. The energy, the faith, the devotion which we bring to this endeavor will light our country and all who serve it—and the glow from that ﬁre can truly light the world.”

Transformation, redemption, compassion, and creation care are not options for us; they are our calling. Along with creation care are poverty and justice, hunger and war. Hurting orphans and hungry grandmothers wait for us to raise our voices. God’s Word demands that we minister in culture, politics, and media. Everyday we wake up and are faced with a choice to do nothing or make a difference. We either follow our own plans for life or pursue the divine plan for our planet. We either ignore the desire of God’s heart for our world or embrace it. Let’s clinch the task God has given us and transform this place called Earth into a garden where the creation will sing hymns about the Creator and the Gospel of Jesus Christ will ﬂourish.

To order from Amazon.com: Green Like God: Unlocking the Divine Plan for Our Planet 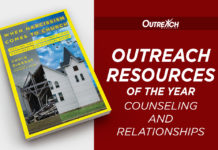 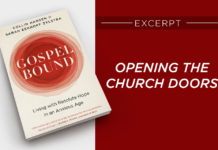 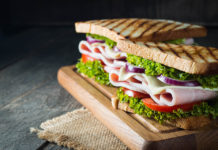 5 Simple Ways a Sandwich Can Save a Life