Although the Bible is the best-selling book of all time, a recent survey by the Pew Forum on Religion & Public Life shows that 55 percent of Americans can’t name the four Gospels of the New Testament.

The U.S. Religious Knowledge Survey recently polled more than 3,400 people on a series of wide-ranging historical, literary, political and religious questions. The survey revealed that only 36 percent of Americans read the Bible on a weekly basis, outside of religious services.

“Bible access in America isn’t the problem,” said Troy Carl, national director of Faith Comes By Hearing, the world’s foremost Audio Bible ministry. “Engaging in the Bible is the problem. We all have the same amount of time in a day—24 hours. We just have to choose to engage with God’s Word.”

For more than three decades, Faith Comes By Hearing has been developing and discipling people around the world with the Word of God in audio. Recently, the ministry released a series of free mobile phone apps, called Bible.is, which allow people to read, listen to and share the Bible on their iPhone, Android, iPod Touch and iPad.

Carl said that Bible engagement through on-the-go devices is very popular. Since the Bible.is launch, Faith Comes By Hearing reports more than 5 million Bible touches—averaging more than 37 minutes of listening time per user.

The Bible.is apps offer six different Bible engagement programs. For example, the Bible Survey program is a 61-day overview, consisting of key stories from the Old and New Testaments. The You’ve Got The Time program allows listeners to complete the New Testament in 40 days by listening just 28 minutes a day.

From Outreach Magazine  Tools for Outreach: Apps and Software

“Listening to the Bible makes Scripture come alive, easy to understand and memorable,” Carl said. “This new survey shows that those who engage the Bible at least once a week know their Bible better. Other research points out how people who interact with the Word of God on a regular basis live differently than their neighbors.”

Carl added that U.S. cell phone users can receive a daily text message containing a chapter of the Audio Bible by texting “YES” to BIBLE (24253).

The ministry’s goal is to record Audio Bibles in 2,000 languages and begin 2 million Bible listening groups by 2016, reaching the majority of the world’s population. 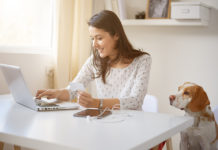 How to Capture Your Most Creative Ideas 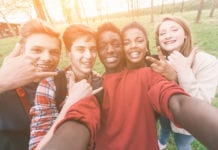 What You Need to Know About Millennials, Gen Z and Social Media